Mario Balotelli’s post-Man City career: ‘I want to slam him into a wall’ 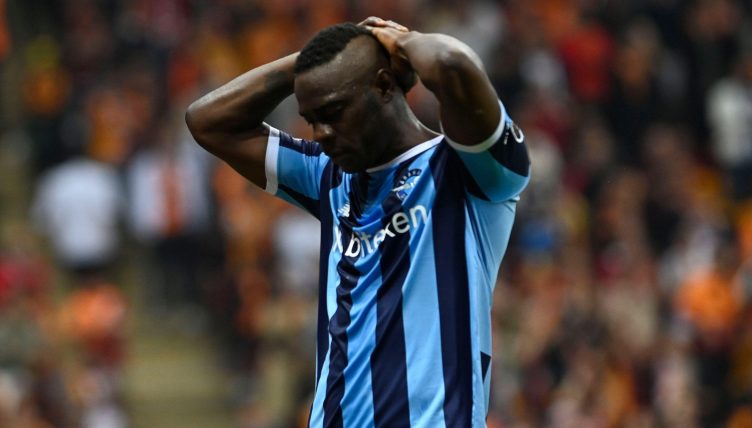 He made the move to the Etihad on his 20th birthday and left after just two-and-a-half seasons, but Mario Balotelli’s time with Manchester City remains the most famous stretch of his career.

After scoring with his shoulder, rolling in many ice-cool penalties and laying on the assist for that Aguero goal, it is easy to see why. But couple that talent and audacity with a horrendous disciplinary record and you also have the perfect recipe for a sour ending.

In December 2012, as his time in Manchester was starting to wind down, he decided to take City to a tribunal after he was fined two weeks’ wages for that exact ill-discipline. In total, he missed 11 matches of the 2012-13 campaign through suspension and eventually dropped his case, leaving for AC Milan a month later.

It’s hard to imagine Balotelli being anything other than an exciting but frustrating footballer in his 20s. But the Italian marksman is now 32 and is currently earning a crust at Sion in the Swiss Super League.

Where has the time gone?

After arriving for a second spell at San Siro – albeit for former club Inter’s arch-rivals – AC Milan vice president Adriano Galliani described seeing Balotelli in the Rossoneri as “a dream that has been realised”, while the excitement around his unveiling led to some clashes between fans and the police.

He hit the ground running, scoring 12 goals in 13 matches over the second half of the 2012-13 season, including two on his debut.

The following campaign saw Balotelli miss his first professional penalty, Pepe Reina foiling him for Napoli, but he still went on to bag a reasonable 14 goals in 30 Serie A games.

That form, coupled with an excellent Euro 2012 with Italy, was enough to earn him a move to Brendan Rodgers’ Reds. Looking back on it now, signing Balotelli to replace Luis Suarez was a pretty monumental risk, although both did have a history of humiliating John Ruddy.

The Italian rubbed Rodgers the wrong way early on, however, swapping shirts with Pepe at half-time during a Champions League clash with Real Madrid in October.

He did go on to score a late winner against Tottenham in a 3-2 win, but it is a move that Balotelli later dubbed the “worst mistake of his life”. Not many Liverpool fans would argue. 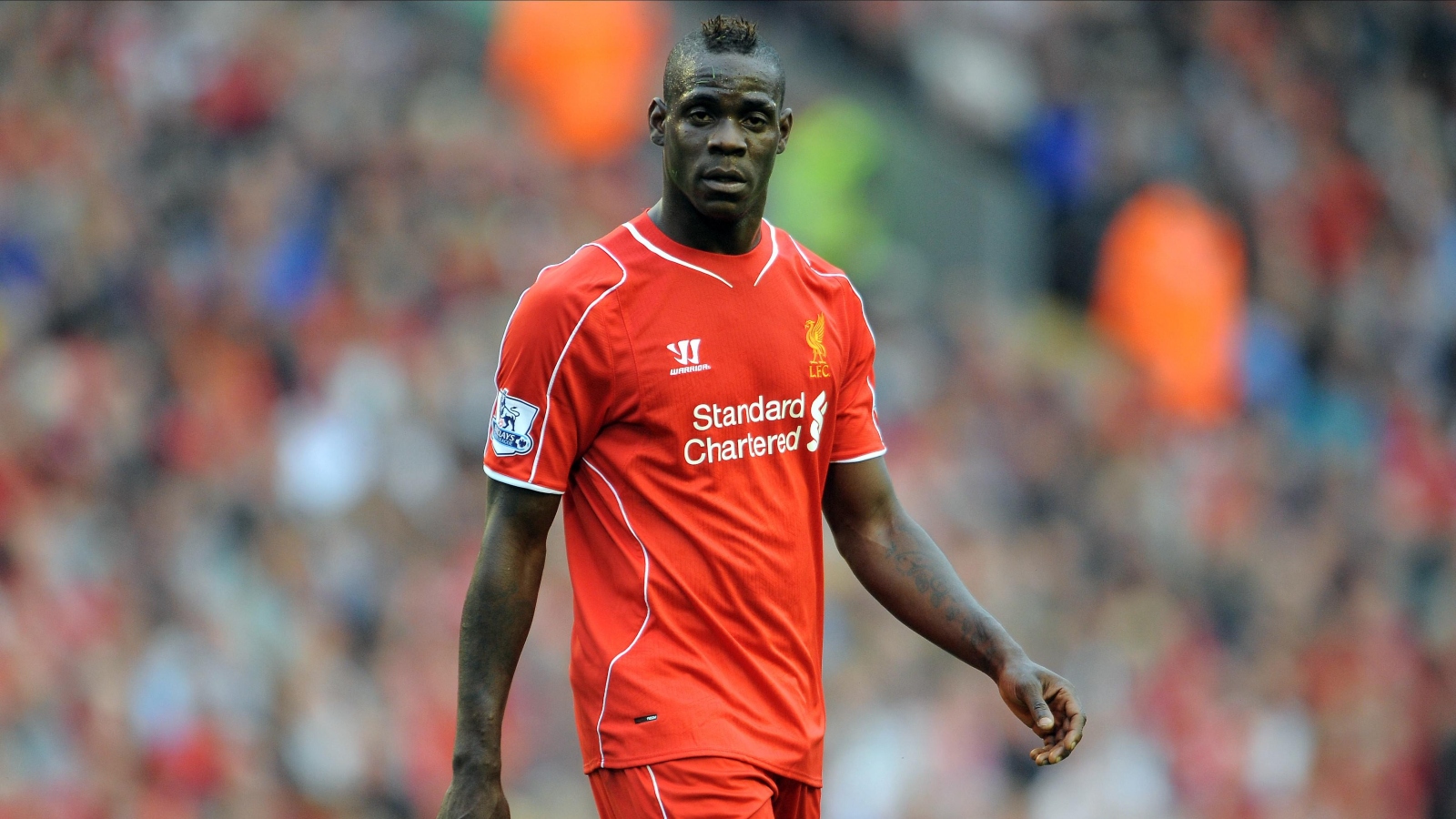 Super Mario was sent back to Milan on loan that summer, leaving the Anfield crowd seriously underwhelmed.

But he could not rediscover his top form previously shown at the San Siro either, suffering a string of injuries before returning to Liverpool with just three goals to his name.

In the least shocking turn of events of all time, new boss Jurgen Klopp decided that Balotelli was not a good fit for his high-intensity style of play and left the Italian out of his pre-season plans entirely.

The summer of 2016 saw Balotelli return to the continent, this time with Nice in Ligue 1.

As was often the case, Balotelli got off to a flying start, scoring a brace in each of his first two league games, becoming the first Ligue 1 player in 25 years to achieve the feat. He improved further in the 2017-18 campaign, scoring a career-high 26 goals and attracting the attention of Marseille as he did so.

But a move to the French giants never materialised that summer, and Balotelli responded by returning to pre-season training late and out of shape, leading to a breakdown in his relationship with manager Patrick Viera.

In an interview with L’Equipe, the Arsenal legend said: “When it comes to Mario, I want to answer back, or just slam him up against the wall or leave him hanging by his collar on the coat rack, but I can’t, as I’m no longer a player.”

The Italian finally got his move, however, signing a deal with Marseille until the end of the season after terminating his contract with Nice in January 2019.

And, once again, Balotelli found himself scoring on his debut, scraping back a consolation after coming off the bench in a 2-1 loss to Lille.

But his most iconic moment undoubtedly came against Saint-Etienne, acrobatically volleying in an opener at the Stade Velodrome and celebrating by posting a video to his Instagram story on the pitch. He also became the first player since Josip Skoblar to score in his first five home games for Marseille.

How do you rate Mario Balotelli's selfie celebration? 😂 pic.twitter.com/IRlXdsBrU2

France was swapped for Italy in the summer of 2019 as Balotelli returned home, signing for recently promoted Brescia.

In true Super Mario style, however, he missed the first four games of the season because of a suspension picked up at the end of his time in France. Brescia’s fans even had to wait until his second game to see the striker score for his new club after, for once, failing to find the net on his debut against Juventus.

Twice that season he was subjected to racist abuse while playing, once from Hellas Verona fans and once from Lazio fans. During the first incident, he picked up the ball and booted it into the crowd before walking from the pitch.

The season all ended in tears for Brescia as they were relegated back to Serie B and left unable to renew Balotelli’s deal as a result.

This, not the return of Friends, was the first big reunion of the 2020s.

All things told, though, five goals in 12 Serie B games was a disappointing return and he left, Turkey-bound, come the end of the season.

Joining the newly-promoted Super Lig side was a bit of a leftfield move for the Italian. But we’d not expect anything less of him.

Early on it looked like it might be another move destined to fail, too, as he was caught on camera punching a team-mate on the subs’ bench and kicking another in the head in the oddest goal celebration we’ve ever seen. Christ knows what he got up to behind the scenes if that’s what he did on camera.

Anyway, things improved considerably as time went on, with Balotelli’s 18 league goals in 31 games helping Demirspor to ninth in the Super Lig table, above even Galatasaray.

He saved the best till last, too, stealing the limelight from his old club City with an outrageous, seven-stepover, rabona goal on the final day of the season. He may not have fulfilled his potential, but the maverick marksman always found a way to entertain. 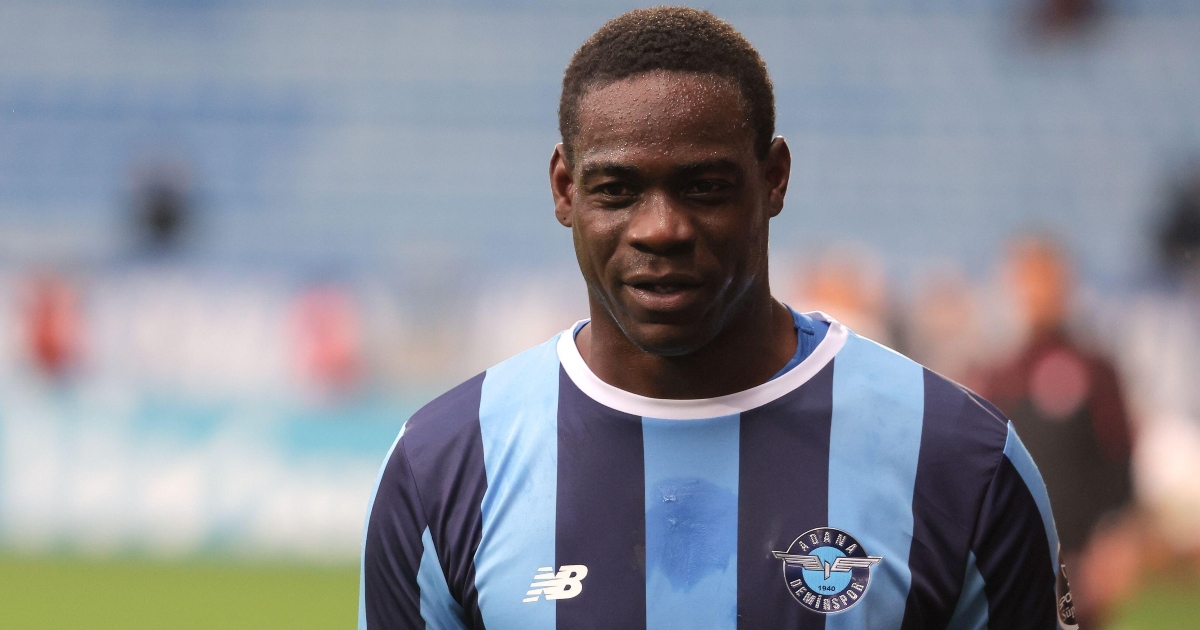 Balotelli had seemed settled in Turkey so, employing perverse logic, perhaps it was no surprise he moved on over the summer.

The former Italy international sparked a furious reaction from Demirspor boss Vincenzo Montella after a sly on-pitch comment. Montella needed to be restrained by staff and players, leaving Balotelli on borrowed time at the club.

“Mario made his contribution of goals last year and we gave him a good hand to get back in shape and get another call-up for the national team,” Montella told La Gazzetta dello Sport.

“But now he wanted to get closer to home. Sion’s offer satisfied both him and the club and we said goodbye. I wish him many satisfactions.”

Balotelli has scored five goals in 10 appearances for the club in the Swiss top flight. We’re just wondering what fireworks are coming next…