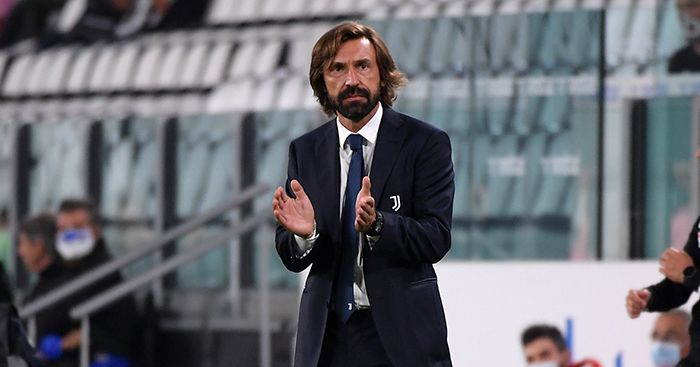 Andrea Pirlo’s managerial career began with a 3-0 win for Juventus against Sampdoria in Serie A on Sunday – but what sort of football can we expect from the Bianconeri under the legendary midfielder’s stewardship?

Six Serie A titles, two Champions Leagues, one World Cup, plus countless other team and individual awards – Pirlo pretty much completed football as a player.

Now, the man who said “I wouldn’t bet a single cent on me becoming a manager” in his 2014 autobiography has got his career as a manager up and running with Juventus.

Stepping into one of the most sought-after managerial roles without an ounce of experience, Pirlo’s appointment is a complete wildcard in the sense that there is no point of reference to predict how he will fare.

In recent interviews, however, he has shone some light on the style of football that he wishes to implement.

After Pirlo’s first game in charge – a friendly which saw Juventus demolish Novara 5-0 – he announced his ideology in basic terms: “the aggression and the desire to win the ball back after losing it, that’s something we are working on a lot”.

He added: “Looking at the last Champions League, the teams that made it to the end of the competition are the ones that get the ball back in the shortest time possible. That for me must be a characteristic that must distinguish us”.

Pirlo handed debuts to both Dejan Kulusevski and Weston McKennie against Samp, while 21-year-old Gianluca Frabotta made only his second senior appearance, starting at left-back ahead of Mattia De Sciglio.

Already, Pirlo has shown he is not afraid to make big calls and won’t pick players on reputation alone.

“I chose him because he knows how to play and is training well, it wasn’t a risk,” he said of Frabotta afterwards.

“[McKennie] has more days of training in his legs and is physically better than others,” he added of the first American to turn out for Juve.

And Pirlo was rewarded, with Kulusevski scoring the opening goal in the 13th minute and McKennie helping set up the second for Leonardo Bonucci before Cristiano Ronaldo completed the scoring late on.

Ahead of the game against Samp, an intriguing 30-page coaching thesis as part of Pirlo’s UEFA Pro certificate application was released for the public to read.

While we try not to fawn too much over this unprecedented access into one of football’s greatest minds, there are a few quotes that warrant attention:

“The founding idea of my football is based off a will that is: purposeful, possessive and attacking. I want total football.”

“The two principals of my football are: we must keep the ball for as long as possible and be ferocious in winning it back immediately.”

He goes on to cite some of his influences: “The teams that inspired my ideas as a football coach were: Cruyff’s Barcelona, then Guardiola’s, Van Gaal’s Ajax, Ancelotti’s AC Milan & Conte’s Juventus”. No pressure then.

With all eyes at Juventus firmly fixed on bringing home a 10th Serie A title in a row, Pirlo will be expected to walk the walk by making an immediate impact. And he’s certainly off to a good start.

The club’s hierarchy, despite winning the domestic title under Maurizio Sarri last season, were never convinced by the former Chelsea man’s attacking style or lack of midfield creativity. As such, he was sacked for his troubles only a year after his appointment.

Pirlo provides a sharp contrast to Sarri’s demeanour on and off the field, which was at best a dubious fit with Juventus to start with.

In comparison, the charismatic and debonair Pirlo is expected to command the same type of respect that Zinedine Zidane did when first appointed by Real Madrid on the road to his three successive Champions League wins.

Pirlo’s own midfield mastery during his playing career is likewise a promising sign to the Bianconeri faithful. There is a sense that Pirlo’s vast knowledge of the midfield position will help fix an area which Juventus have struggled in since the days of himself, Paul Pogba, Arturo Vidal and Claudio Marchisio, who regularly imposed their dominance.

Just how effectively Pirlo’s philosophy translates into results remains to be seen. Still, with an attacking focus and Cristiano Ronaldo at his disposal, all evidence points towards Juventus being a far more entertaining outfit this season.

You’d expect nothing less from the man who titled his book ‘I think, therefore I play’.