If you thought Messi ruined Griezmann, just look what he did to Filipe Luis 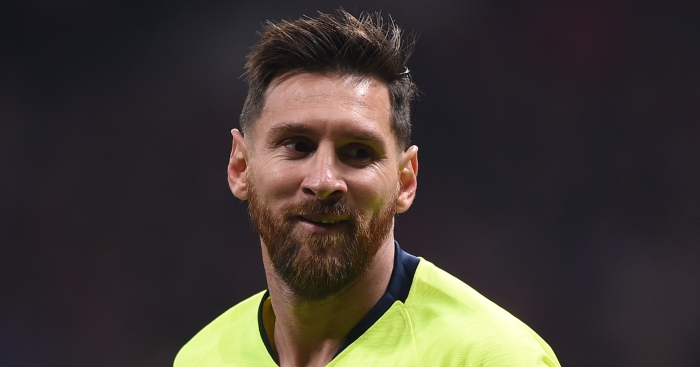 Back in 2016, Lionel Messi came second in the Ballon d’Or race and Antoine Griezmann finished third.

This meant Griezmann was the closest thing to Messi (and winner Cristiano Ronaldo) in world football, but we’ve seen plenty of times since how even the closest players to the Argentine are still very far away.

Both seem likely to find themselves in the top five again in 2018, with Luka Modrić the favourite to win the award, but Messi has yet again served a reminder that, to all intents and purposes, he remains better.

Atlético Madrid and Barcelona played out a tight 1-1 draw over the weekend, with Ousmane Dembélé popping up in the final minute to cancel out what looked like being a late winner from Diego Costa.

His movement here is akin to Nelson Muntz telling Bart Simpson his epidermis is showing – by the time Griezmann has figured out what’s what, he is already well on his way towards humiliation.

Messi didn’t even play particularly well, yet putting Griezmann to sleep wasn’t even Messi’s only achievement in the game – the Frenchman’s team-mate Filipe Luis was also on the receiving end of some trademark magic from the Barça man.

One second the left-back is keeping his position and ensuring he has position on Messi, the next he is watching the ball trickle between his legs without really knowing what has happened. Frankly, we’re not even sure what happened.

Credit to Filipe Luis for turning around and chasing back, rather than just carving a human-shaped hole in the turf and climbing inside – we can only assume he only figured out he’d been so mercilessly nutmegged a little later on.

Sure, Messi might not have been on the winning side, but in another way he absolutely was.

Neither Atlético nor Barcelona won at the Wanda, but at least one man could call himself the victor.