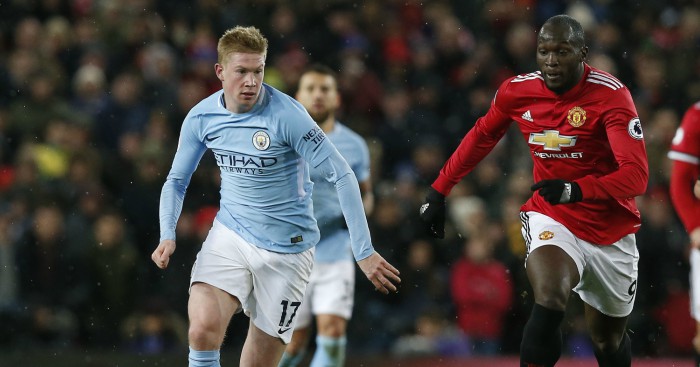 Romelu Lukaku is having a good couple of weeks. He scored his first goal against a top-eight side this season to help Manchester United beat Chelsea in a crucial game at Old Trafford, then followed that up with the equaliser in a thrilling 3-2 win at Crystal Palace in which the Red Devils had trailed 2-0.

In between, Lukaku’s favourite NBA team, the Los Angeles Lakers, sealed their third win in a row, and feeling all giddy the Belgian called for the Premier League to introduce an NBA-style All-Star Game, which meant that pretty much every sports website on the planet rushed to assemble their own North and South potential line-ups.

Lots of people got very excited about the idea, but the NBA actually has an All-Star Weekend. There is a game between the league’s best players, but there are several other events, challenges and performances over the three days too.

But while that might sound amazing, the fact the competition was hosted by Lisa Rogers and won by Hazem Emam (no, us neither) probably tells you everything you need to know. It was bad. Brilliantly bad, but bad all the same. 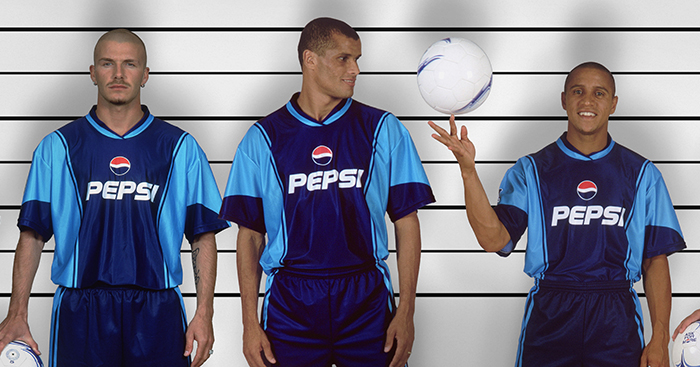 READ: A forensic analysis of the quite ridiculous 2001 Pepsi World Challenge

But if the Premier League organised an All-Star weekend, it would surely just be brilliant. But how, when and where could it actually happen?

Firstly, let’s look at the NBA All-Star Weekend and try to steal everything that already works. Do we need different cities to host the game every year? Yeah, we do.

But how exactly should we pick them? Well, here’s an idea.

Every year, there’s at least one Premier League team that fails, quite miserably, at everything they do. Their fans are depressed, their star players pick up random injuries, their managers show up at press conferences looking like they’ve just woken up from a 12-hour flight with a kid screaming right into their eardrums.

So why not host our little All-Fun experience in a city with the most tortured fan base of a season?

Five points in 20 matches? Who cares if you get to see Paul Pogba show off his new All-Star Haircut in front of a roaring crowd?

Three goals scored and 73 goals conceded? It is fine – just as long as there’s David De Gea leaping for balls thrown at him at 120 mph by the monster version of a tennis ball machine in one of the epic All-Star Game Challenges we’ll discuss later.

At least fans will get to have some fun in the city where all the fun died a long time ago. Let’s do the right thing here.

A lot of people have suggested we should just scrap the Community Shield and give the vacant slot to the All-Star weekend.

But you know what? Although the Community Shield is definitely not something to fight for, it still doesn’t seem right to host the All-Star game before an actual season.

The NBA host their weekend mid-season. It’s known as the All-Star break. Think of it as an athletes’ version of a two-day family trip to Disneyland. The players just get to blow off some steam, spend an evening with people they love and get themselves together before all the key clashes and terrifying cup finals.

In other words, the best time to host such game would be the newly-proposed winter break currently being discussed. The Premier League are clearly worried they won’t have something to market during that break, proposing a fixture split over the two weeks, but this would be a much more entertaining solution.

Oh, and there is a precedent for this kind of thing. In 1997, Liverpool, AC Milan. Ajax and Rangers competed in a six-a-side tournament endorsed by UEFA on a Monday, just one day after two of the teams had played competive matches. 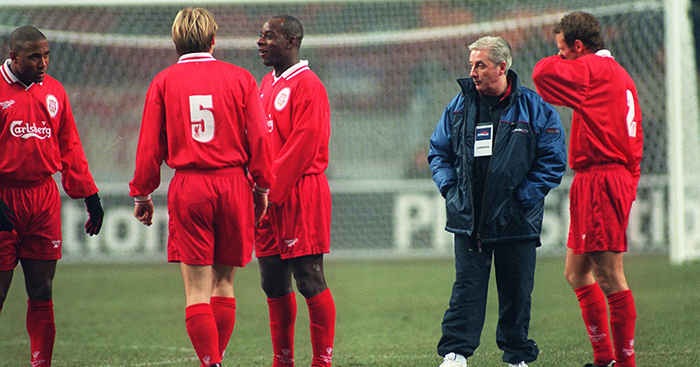 READ: Liverpool, Gazza and the bizarre mid-season six-a-side tournament of 97

1) The Free-Kick Challenge. You’ve got Eriksen, Willian, Sigurdsson and a few other guys on the pitch, Juninho, Gerrard and Pirlo in the Legends Committee, and a tyre hanging in the top right corner. What more do you want?

2) The Sprint Race Challenge. 100 metres, Harry Redknapp firing a starting pistol, Theo Walcott, Sadio Mane, Pierre-Emerick Aubameyang, Hector Bellerin and – of course – Usain Bolt as a guest star. Again, there is a precedent for this. 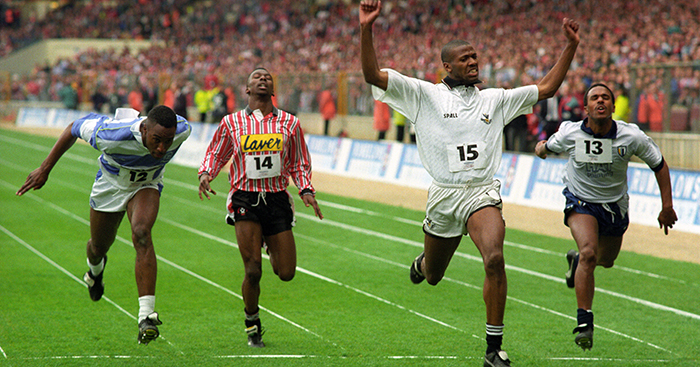 READ: When a player from every club raced 100m – & the one with a hangover won

3) The Curse Off Challenge hosted by Jimmy Kimmel. Just imagine Jose Mourinho and Pep Guardiola recreating this bit and you will feel warm and safe for the rest of the year.

4) The Haircut Challenge. The obvious one, really. Players walking down the runaway while five of the finest Britain’s barbers rate their haircuts on a scale from Carroll to Beckham.

5) The FIFA Challenge. Who’s the best FIFA player among Premier League stars? It’s time to figure it out.

When it comes to the key part of the whole All-Star concept, the number one rule should be simple: No online polls.

See, whenever someone suggests we should decide things by voting, we end up with Burger King beating McDonalds in the best burger poll, maniacs running countries and me writing this piece.

Now, we could easily take the NBA’s example and let people vote for two captains who would go on to assemble their own mega squads. Luckily, though, I have a better idea.

Let’s just look at the Premier League standings and do the following: teams which occupy first, third, fifth, seventh and ninth places in the table send their players to one All-Star side while those from the second, fourth, sixth and eighth-placed teams go to another.

And if you feel like the whole thing desperately lacks players from mid-table clubs, we can always bring in two or three extra guys for FIFA or Haircut challenges, make Rooney join Ed Sheeran on stage or use West Brom players as taxi drivers.

1) Hire the brilliant Leicester City groundsman to make sure we have the absolute best pitch on the planet. Stars, stripes, diamonds, even Dele Alli’s early tweets cut right into the centre circle – I honestly don’t care. Just as long as we have this guy working on it.

2) Have Nike shoot one of their epic The Last Game-type animated commercials to air during the half-time show.

3) Invite the legendary ring announcer Michael Buffer, known for his trademark ‘Let’s get ready to rumble’ roar, then do boxing-style introductions for players as they run down the tunnel. Then come up with nicknames for players like The Steel Fist, The Emperor or The Flea King? You know, just to make the whole thing look even more pompous?

‘Ladies and gentlemen… His name is Wayne, but people call him The Flea King… 180 pounds of muscle… The number 10 from Croxteth… The man who once threatened to put himself asleep on Twitter… Please welcome… Waaaaaaaaayyyyyyyyyynnnnnnnneeeee ROOOOOOOOOOOOONEEEEEEEYYYY!’

4) Assemble The Premier League Band with Cech on drums, Baines on guitar, Alexis on piano and Crouch as a frontman, then send them on worldwide tour and read about how Sanchez has made the dressing room ‘toxic’.

5) Use some super dramatic music for the last three or four minutes of the game, maybe the Psycho soundtrack or the Jaws main theme. Just imagine Thibaut Courtois going up for a last-minute corner with something like this blasting out of the stadium’s speakers.

This might just be the best idea I’ve ever had…