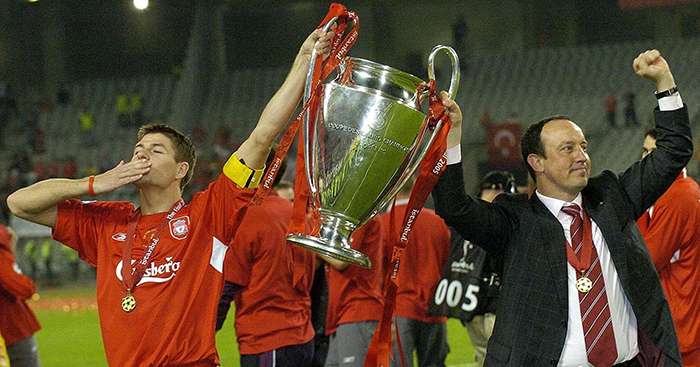 Rafa Benitez completely transformed Liverpool during his six years in charge of the club in the 2000s – and we celebrate that wonderful period in the latest episode of The Broken Metatarsal.

Rich, Mark and Pete are joined by comedian and Liverpool fan Adam Rowe on this week’s podcast as we remember Benitez’s arrival in 2004, the rivalry with Chelsea, that memorable night in Istanbul, and the team that went so close to winning the title in 2009, featuring the brilliance of Fernando Torres.

Neil Mellor also joins the boys on the phone with some brilliant stories, including how he nabbed an AC Milan runners-up medal after the first final against Milan.

And, as always on The Broken Metatarsal, the episode finishes with a game of Fact or Fiction in which Rich attempts to work out which of Mark, Pete and Adam’s unlikely stories about Benitez are, in fact, true.