Everything you need to know about Arsenal transfer target Ivan Fresneda 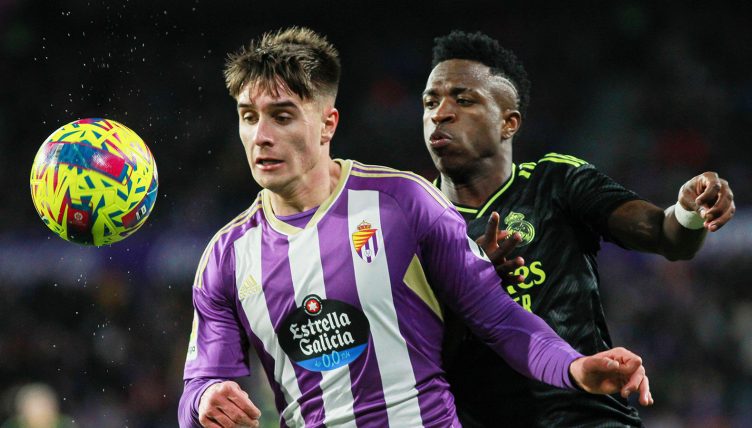 Arsenal are nearing the signing of Real Valladolid defender Ivan Fresneda as they look to strengthen their squad ahead of the second half of the Premier League season.

According to The Athletic, both Arsenal and Borussia Dortmund have reached a €15million (£13.2million) agreement for the defender, with the player soon set to decide upon his future. Newcastle have also been linked with a move for the Spanish defender.

The Gunners have had a busy transfer window so far as they sealed a deal for Leandro Trossard and are close to signing Jakub Kiwior from Spezia. We’ve got everything you need to know about Fresneda here.

Born in Madrid, the 18-year-old spent four years of his youth development with Real Madrid between 2014-2018. Fresneda was then spent two years with Leganes before he was picked up by Valladolid in 2020.

He made his professional debut for Valladolid aged just 17. His first appearance came during a Copa del Rey clash with Real Betis in January 2022 which they lost 3-0.

The young defender made one league appearance for Valladolid in 2021-22 as they were promoted from the Segunda Division in second place.

Fresneda has continued to progress during this season and he has garnered plenty of attention because of his performances. The 18-year-old has made 10 La Liga appearances, with seven of those being starts.

As he has progressed through the ranks at Valladolid, he has also been recognised by his national side. Fresneda has now made a handful of appearances for Spain’s Under-18s and Under-19s.

Under Juan Jose Rojo Martin, Valladolid have typically lined up in a 4-3-3 formation this season. Fresneda operates as a traditional full-back who does have an influence on their attacking play.

Valladolid are currently 18th in La Liga and one of the lowest-scoring teams in the league, which will of course influence Fresneda’s attacking stats.

Despite their struggles in front of goal, Fresneda has often proven to be a source of creativity. In La Liga this season he has averaged 1.2 key passes per 90. He also attempts two dribbles per 90, which is more than any other Valladolid defender.

Iván Fresneda has burst onto the scene in La Liga this season, putting himself on big clubs' shortlists in doing so. Here's a brief report card on his key style and skillset characteristics: pic.twitter.com/Wi7ztSgwya

Averaging 3.4 tackles per 90, he is one of the top tacklers in La Liga this season. Impressively enough he also averages 1.5 interceptions and 2.9 clearances per 90.

What has been said

Valladolid manager Rojo Martin told reporters earlier in the month that Fresneda has a bright future. He explained via Tutto Mercato: “I think so, Fresneda will be sold. Ivan is 18 and does things for a 30-year-old.

“They wouldn’t buy today’s Fresneda, but what it could become in 4 years. If I had a club, I would have no doubts. I put myself in the shoes of another coach who needs a right-back, it’s obvious that I’m betting on Fresneda.

“If I watch the match against Real Madrid, or any other match, I see a fantastic product to buy. Furthermore, today we are inundated with statistics from all over the world and Fresneda’s ones are crazy.

“All these characteristics make me doubt if I can keep him here I’d like to, but I know the needs of the club.”

Fabrizio Romano recently clarified Arsenal’s interest in the Spanish defender. He explained on his YouTube channel: “Now they have opened talks with Real Valladolid for Ivan Fresneda.

“The player was not with the starting XI [in yesterday’s 3-0 defeat at Atletico Madrid] because of this negotiation with Arsenal. Also Newcastle are interested in the player. The agents will be in London next week.

“But now Arsenal are seriously on the Fresneda deal. Keep an eye on this talented full-back – right-back, born in 2004, because if Cedric Soares leaves Arsenal to join – probably – Fulham, this could be the way for Arsenal to go for Ivan Fresneda.”

READ NEXT: Leandro Trossard and a ridiculous dribble that made Arsenal forget all about Mudryk