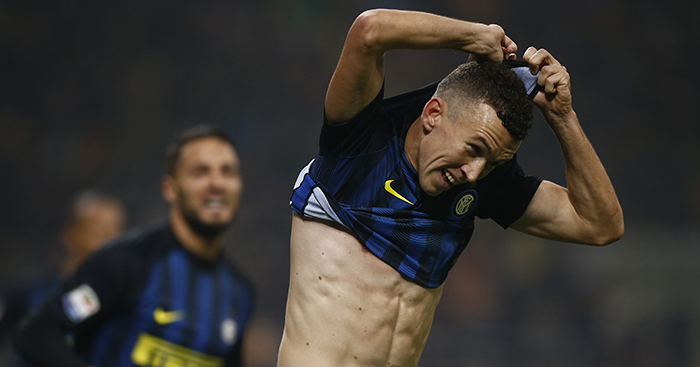 Manchester United are reportedly interested in signing Ivan Perisic from Internazionale this summer – but what would that mean for Anthony Martial?

Jose Mourinho seems determined to strengthen in wide attacking areas, with Perisic his number one target to play on the left, according to widespread reports.

That is where Martial made most of his appearances for United this season, and Mourinho’s reluctance to use the Frenchman through the middle has led to suggestions he could be sold this summer.

Plenty of supporters would be sad to see Martial leave, but what do the stats say about Mourinho’s apparent plan to replace the 21-year-old with Perisic?

Perisic scored 11 goals and set up a further eight for Inter in Serie A this season, while Martial contributed only four goals and six assists for United in the Premier League.

Martial (1558) did play significantly less minutes than Perisic (2757), but the latter’s record of a goal or assist every 145 minutes still beats that of Martial’s one every 157 minutes.

Would Ivan Perišić be a good signing for @ManUtd? Here are his 2016-17 stats compared to Anthony Martial's. #MUFC pic.twitter.com/LAdFla4sLL

While goals will always be a fair metric by which to judge forwards, their assists tally can sometimes be misleading. After all, if a player is setting up lots of chances for team-mates which they are missing, it is hardly their fault.

In this case, though Martial created only two less goals in significantly less minutes than Perisic, the Croatian’s record of two key passes per 90 minutes outstrips that of Martial (1.4).

Perisic (3.4) also takes more shots per 90 minutes than Martial (2.4), but the Frenchman is a significantly more prolific dribbler. He attempted 4.6 dribbles per 90 minutes in the Premier League last season and was successful with 2.5 of them per 90 minutes, whereas Perisic beat an opponent only 1.3 times per 90 minutes.

Martial’s pass accuracy of 81.3% is also superior to that of Perisic (71.4%), but that may be at least partly down to the extra amount of crosses the Inter man puts in.

Mourinho likes his wingers to be incredibly hard-working, which may go some way to explaining his interest in Perisic.

Martial was far less productive in this regard, winning one tackle per 90 minutes from 1.5 attempted, and only making an interception once every 180 minutes.

What does Football Manager say? 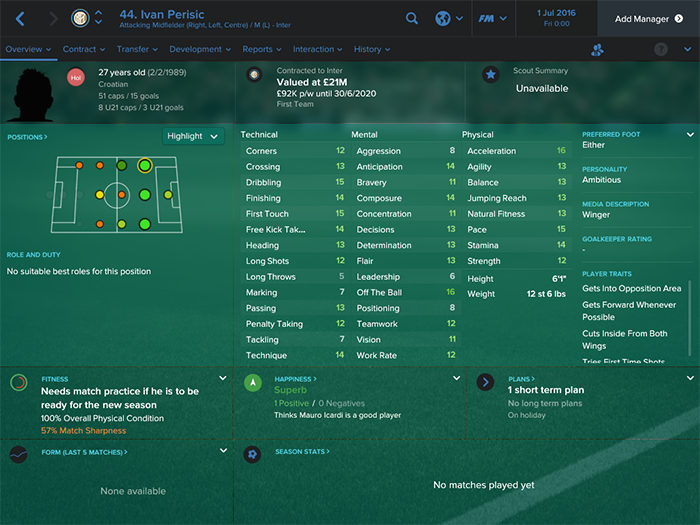 The first thing many supporters do these days upon hearing a transfer rumour is check out the player’s stats on Football Manager, and Perisic is regarded as a good all-rounder on the game.

At almost seven years Perisic’s junior, Martial also has age and the likelihood of improvement on his side, whereas Perisic is coming to the end of what are generally regarded as an attacking player’s peak years.