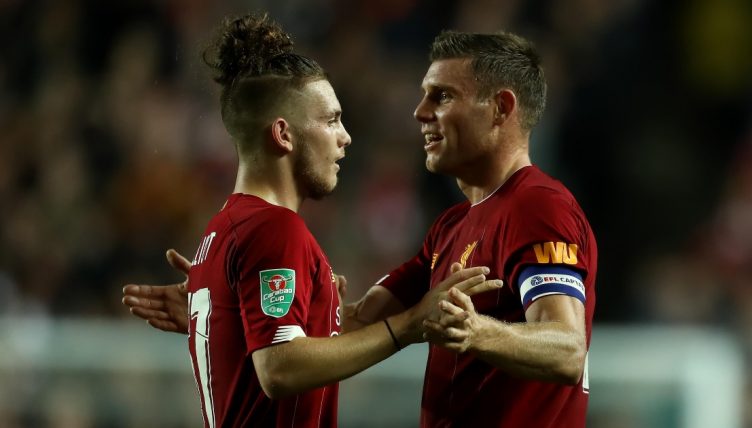 Despite being 36 years old and with over 850 career appearances to his name, Liverpool’s James Milner refuses to hang up his boots.

Milner made his first-team debut at the age of 16 back in November 2002, coming off the bench for the closing stages of Leeds United’s 4-3 win over West Ham at Upton Park.

He’s since enjoyed a brilliant career, but we’ve compiled an Xl of exciting players who were born after the midfielder made his professional debut.

Goalkeepers generally hit their prime a lot later than outfield players and there aren’t many Under-19 goalkeepers in Europe’s top five leagues.

But Slonina, who was born in May 2004, quickly became a regular for Major League Soccer side Chicago Fire, keeping 10 clean sheets in 27 first-team appearances.

The 18-year-old was then subject of a transfer battle between Chelsea and Real Madrid, eventually joining the former in a €10million deal. He spent the first half of the 2022-23 campaign completing the MLS campaign out on loan back at his boyhood club, but has now joined up with Graham Potter’s squad.

After Reece James and Tariq Lamptey, Chelsea’s academy managed to produce another great right-back in Livramento.

The 19-year-old won the Chelsea Academy Player of the Year award in 2020-21 but then decided to join Southampton on a permanent deal in search of regular first-team football.

He produced a Man of the Match performance on his home debut against Manchester United and continued to impress in 2021-22, playing more Premier League minutes than any other teenager. Serious injury has stunted his progress but we’re already looking forward to his return in 2023.

Another Chelsea academy graduate, Colwill is highly-rated at Stamford Bridge and has often been compared with Milner’s former England team-mate John Terry.

The centre-back flourished out on loan at Huddersfield Town in 2021-22, making 32 appearances as the Terriers reached the Championship play-off final.

“He is 19 years old and he has been one of our best players this season.”

Given Chelsea’s defensive struggles this season, the decision to send Colwill back out on loan – now at Brighton & Hove Albion – proved controversial.

Lyon have sold plenty of wonderful players over the years, but they’ll be desperate to keep hold of Lukeba for the foreseeable future.

The defender, who came through their academy, made his first-team debut on the opening day of the 2021-22 season and hasn’t looked back since.

The France Uner-21 international also became the youngest player to score for Lyon since Karim Benzema, who has done alright for himself…

A product of Barcelona’s La Masia academy, Balde was linked with Liverpool and Chelsea in 2020 but ultimately decided to sign a new contract with a release clause of €500million. Yes, you read that correctly.

The 19-year-old left-back is widely tipped to be Jordi Alba’s long-term successor at Camp Nou. 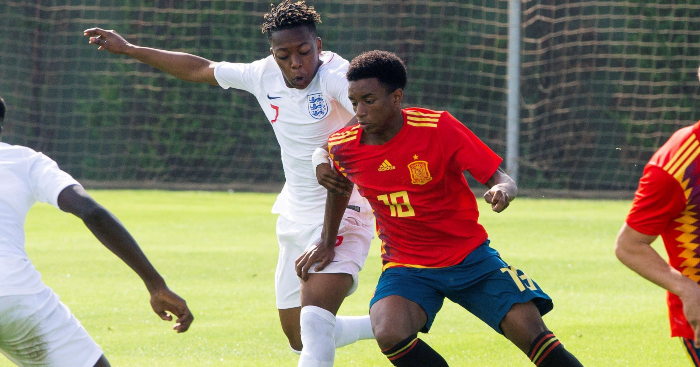 Bellingham followed in Milner’s footsteps by making his senior debut for his boyhood club at the age of 16.

The midfielder won the EFL Young Player of the Season award in 2019-20 before leaving Birmingham City for Borussia Dortmund in a deal worth an initial £25million.

He’s gone from strength to strength in Germany, establishing himself as of one Europe’s hottest prospects.

The England international could even end up replacing Milner at Anfield as he’s reportedly Liverpool’s top target for the 2023 summer transfer window. But the Reds will have to pay a fee in the region of £100million to secure his signature.

What a finish from Jude Bellingham! 🎯

That's his first #UCL goal and it's so composed for a 17-year-old… 📈 pic.twitter.com/vMoYMmWcXJ

Admittedly, we might be bending the rules on this one. Camavinga was born on the same day as Milner’s debut but we’re going to assume he took his first breath after the full-time whistle at Upton Park.

And the midfielder is definitely worth bending the rules for. He also made his senior debut at the age of 16 and later became the youngest player since 1914 to play for the France national side.

The 19-year-old left Rennes for Real Madrid in 2021 and his impressive debut season in Spain ended with him becoming a La Liga and Champions League winner.

While Barcelona haven’t had much to celebrate in the last couple of years, Pedri has been one of their few shining lights.

The Spain international didn’t come through the La Masia academy but possesses the technical ability that will see him follow in the footsteps of Xavi and Andres Iniesta.

“He reminds me a lot of Andres Iniesta,” Xavi said in 2022. “If we’re talking about pure talent, Pedri is the best in the world. He is a wonderful player. I haven’t seen many talents like him.”

His performances at club and international level saw him win the prestigious Golden Boy award in 2021, and he will undoubtedly get his hands on more individual awards in the coming years.

The youngest player to ever appear in the Premier League, Elliott played for Fulham in the top flight just a month after celebrating his 16th birthday.

He was then snapped up by Liverpool in the summer of 2019 and has since played alongside Milner, who is happy to pass on some advice.

“He’s a top talent, I see him making a big impact this year, but any help we can give him obviously it helps him settle in, gets him up to speed and maybe [he won’t] make the little mistakes that I made,” Milner told LFCTV in 2021.

“If I can stop him doing that, with the talent he’s got, he’s got a big future.”

During their 2022 Carabao Cup final win over Chelsea, Elliott become the youngest player to represent Liverpool at Wembley and Milner became the oldest.

oh this is what happened LMFAO the way milner drags harvey like he’s his dad😭😭 pic.twitter.com/XHiGhcwO36

Not only did Milner make his senior debut before Endrick was born, but he had over 100 Premier League appearances to his name.

The hottest young prospect in world football is already dazzling for Palmeiras at the age of 16. Real Madrid have acted fast to snap up his signature, and he’ll arrive at the Bernabeu in 2024. 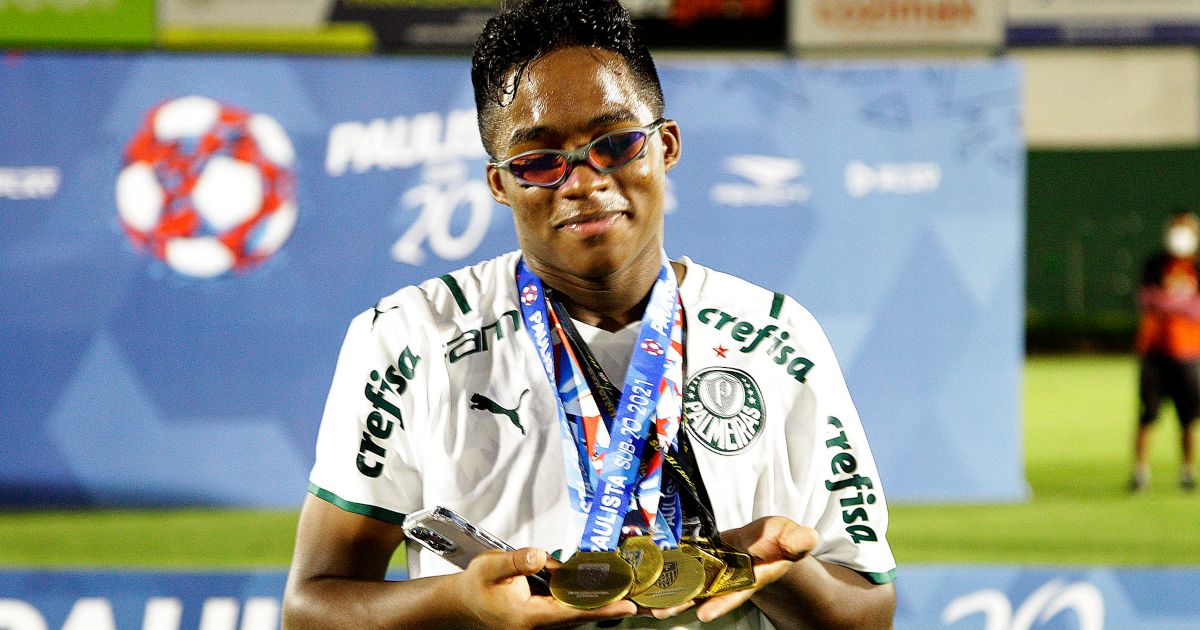 The third Chelsea academy graduate to appear in this XI, Musiala spent eight years in London before returning to his native Germany with Bayern Munich in 2019.

He made his first-team debut at the age of 17 in 2020 and later became Bayern’s youngest-ever goalscorer after finding the back of the net in an 8-0 win over Schalke.

The attacking midfielder, who represented England from Under-15 to Under-21 level, has now made over 100 appearances for Bayern and is also a regular for the German national team after switching his international allegiance.

READ NEXT: An XI of players left out of James Milner’s best XI he played with

TRY A QUIZ: Can you name Liverpool’s XI from James Milner’s official debut in 2015?