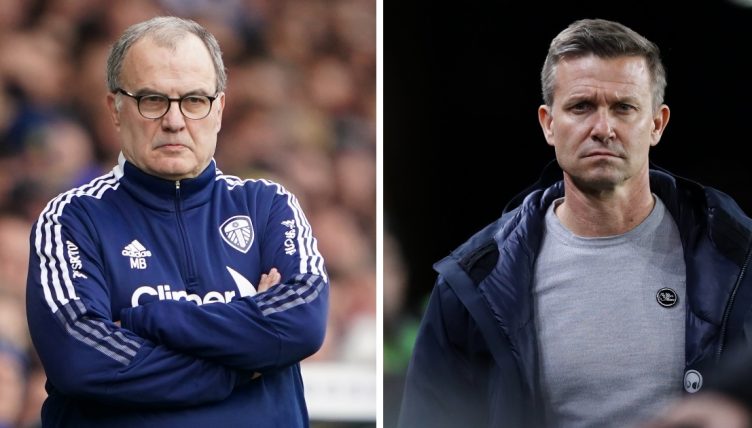 It’s been two months since Leeds United made the controversial decision to sack club icon Marcelo Bielsa and replace him with Jesse Marsch.

Bielsa still enjoys a god-like status in the city of Leeds, having been the man responsible for ending the club’s 16-year exile outside the Premier League.

The Argentinian coach led the Whites to a ninth-place finish in their first season back in the top flight, but the 2021-22 campaign has been much more of a struggle.

The decision to replace Bielsa with Marsch came after a particularly poor 4-0 home defeat to Tottenham in February. It was the club’s fourth successive defeat, a dismal run that saw Bielsa’s men ship 17 goals.

Former RB Leipzig manager Marsch was tasked with turning the ship around. He’s done just that, having taken 11 vital points in his first seven games in charge. That’s seven more points than Bielsa managed from his last seven Premier League matches in charge of Leeds, while there’s also been a dramatic defensive improvement.

But that’s not factoring in the opposition faced. Bielsa’s last three matches were against Manchester United, Liverpool and Tottenham, while Marsch is yet to face ‘big six’ opposition.

Leeds face Manchester City, Arsenal and Chelsea in quick succession in the relegation run-in and avoiding the heavy defeats of his predecessor will be the real litmus test on whether Marsch has turned the ship around.

In fact, when you compare the opposition that Leeds have faced like-for-like between Marsch and Bielsa, results haven’t actually improved. The Yorkshire club took one more point from the same seven sides under Bielsa than they have under the American.

But what do the underlying statistics tell us? Here’s a full breakdown of the numbers from the equivalent games Bielsa and Marsch have taken charge of – against Leicester City, Aston Villa, Norwich, Wolves, Southampton, Watford and Crystal Palace.

All data is via FBref.com.

🎙 Jesse Marsch: "We have to look at the positives. It's two clean sheets in a row and it's a big point"#MOT #PL #ALAW#CRYLEE@LUFC💙⚪💛pic.twitter.com/eNJ9PoaN0P