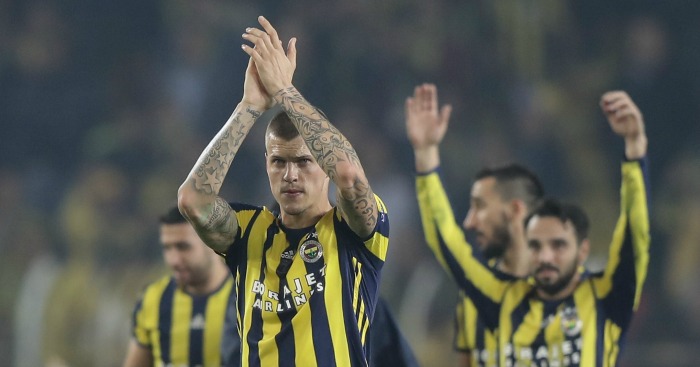 It can be easy to forget about a player once he leaves the Premier League, especially one near the end of his career, but believe it or not their careers do continue – and sometimes throw up some wonderful moments.

While most football fans in England will remember Joe Cole for his breakthrough at West Ham or his time at Chelsea, the midfielder also enjoyed a fruitful few years across the Atlantic with the Tampa Bay Rowdies.

He is not the first player to thrive in the US towards the end of his career, and he won’t be the last – just ask Zlatan Ibrahimović. And he isn’t the only former Premier League player to score a screamer when you thought he’d already retired, either.

Cole showed during his time with the American team that he still had plenty to offer after leaving England, despite looking like a spent force at times during his second West Ham spell and his two seasons on the books of Aston Villa.

Cole scored 20 goals for the Floridian club, but the undoubted highlight was the bicycle kick he scored against Puerto Rico FC.

Want to know how good it was? How often do you hear a commentator impulsively yell “Bicycle Kick!” when the ball crosses the line? That’s what we thought.

Liverpool cult hero Traoré saw out his career with the Seattle Sounders, where he achieved something he never managed in 88 Premier League games.

That’s right, he scored a goal – and what a goal. Woof!

Speaking of ex-Liverpool centre-backs, Škrtel has joined a squad which might be described as ‘Peak Süper Lig’ (Roberto Soldado! Mauricio Isla! André Ayew!).

During his time at Fenerbahçe, the veteran has scored what is almost certainly the best goal of his career, following a run from his own half with a finish that maybe should have been saved, but we’re happy it wasn’t.

Two of those came in the same game against DC United, first converting a free-kick and then finishing a stepover-laden run with this lovely left-footed dink.

Only Riise could hit a free-kick so sweetly that it both dips and rises. Here he is with a thunderbolt for APOEL, as a sprightly 34-year-old.

Has former Southampton midfielder Svensson ever been ‘young’ or did he just skip the whole wunderkind phase and trade it for a full decade of being ’27-ish, probably’?

He was still playing for Elfsborg up until 2015, during which time he scored this probably-deflected-but-are-you-that-much-of-a-pedant-to-point-it-out strike against Gefle.

When the opposition are known as GIF, it’s impossible not to show the goal in that format.

Martins is known for his pace and his powerful finishing. Well, that and his trademark celebration.

He is not known for smart, subtle lobbed finishes from impossible angles, but maybe he should be.

You could even lock him in an empty room with no open spaces and no ball and he’d find a way to score. Here he is absolutely thwacking one in from a million yards out in the Melbourne derby.

Is Ba’s career really linear? Did he ever stop being good? These are questions for another time – all we know is this goal in the Chinese Cup is pretty special.

If you gave us a crystal ball and it said Ba would still be scoring goals like this in 2028, we’d believe you.

How many times did you need to read the phrase ‘Vissel Kobe forward Lukas Podolski’ before accepting Podolski was a Vissel Kobe player?

Twenty-four for us, and we’re still not sure, despite him scoring this goal on his debut for the club. With Andrés Iniesta now supplying the German, we can see him repeating the trick.