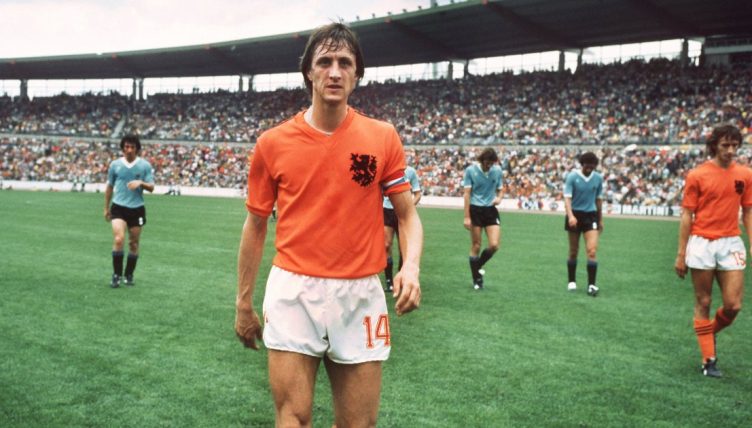 Johan Cruyff will forever be remembered as one of the greatest footballers of all time – and the impact he made as a manager was arguably even greater.

Cruyff won the Ballon d’Or three times as a player, in 1971, 1973 and 1974, and was the first player to perform a turn – subsequently named after him – players are still using more than 40 years later.

The methods he used as a coach, meanwhile, laid the foundations for the sport as we know it today. But rather than attempt to pay tribute to the great man ourselves, we’ve collated some of the best quotes about him over the years – as well as a number of his own brilliant musings.

“Footballers from the street are more important than trained coaches.”

“If he wanted he could be the best player in any position on the pitch.”

“Why couldn’t you beat a richer club? I’ve never seen a bag of money score a goal.”

“Johan Cruyff painted the chapel. And Barcelona coaches since merely restore or improve it.”

“Pythagoras in boots. Few have been able to exert, both physically and mentally, such mesmeric control on a match from one penalty area to another.”

“We showed the world you could enjoy being a footballer; you could laugh and have a fantastic time. I represent the era which proved that attractive football was enjoyable and successful, and good fun to play too.”

“As a player he turned football into an art form. Johan came along and revolutionised everything. The modern-day Barca started with him, he is the expression of our identity, he brought us a style of football we love.”

“Without Cruyff, I have no team.”

“If I wanted you to understand it, I would have explained it better.”