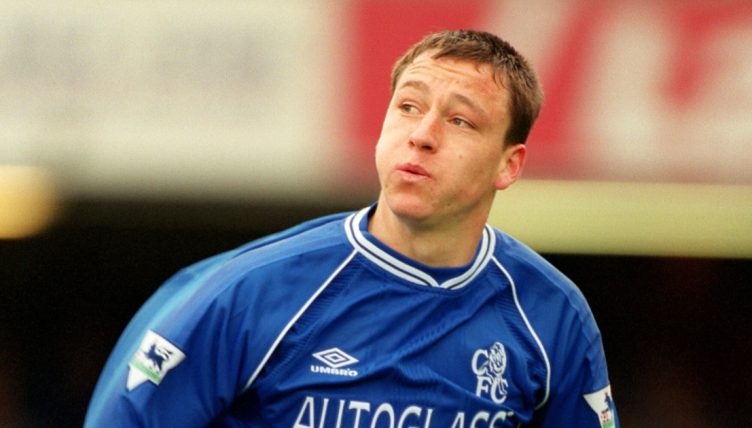 John Terry is the most successful captain in Chelsea’s history, winning 16 major honours while wearing the armband at Stamford Bridge.

But his debut was low-key. Having appeared as a substitute during a League Cup win over Aston Villa in 1998, Terry would have to wait for another three months for his first Chelsea start.

With rumours circulating that Terry may be returning to Chelsea in a coaching capacity, we’ve taken a look at the line-up from his first start – a 2-0 win over Oldham in the FA Cup third round back in January 1999.

Despite eventually being usurped by Carlo Cudicini, and spending his last three years at Stamford Bridge on the periphery, De Goey was an asset as a reliable pair of hands between 1997 and 2000.

After being released following the 2002-03 season, De Goey signed for Stoke City and spent the remainder of his career with the Championship side.

He became a goalkeeping coach at QPR in 2007 before having his contract terminated by the slightly deranged Briatore regime.

The latest on De Goey is that he’s the goalkeeping coach at VOC Rotterdam, a fifth-tier side in his native Netherlands.

Terry is back at Stamford Bridge in a “coaching consultancy” role, whatever that means, and is reportedly leading a consortium to try buy the club. 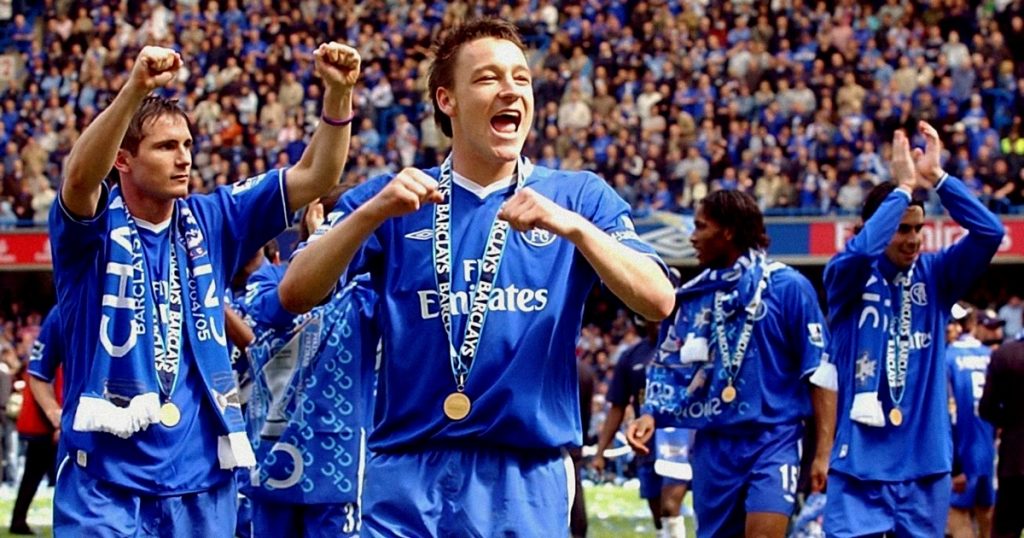 READ: Nine of the highlights from John Terry’s incredible career at Chelsea

Duberry broke through the ranks at Chelsea but faced stiff competition for a place at centre-back from World Cup-winning defenders Marcel Desailly and Frank Lebouef.

Seeking regular football, he moved to Leeds in the summer of 1999 and starred in their run to the semi-finals of the Champions League in 2001.

The centre-back stayed with Leeds after relegation three years later and played for Stoke and Reading among others before retiring in 2013.

After retiring as a player, Duberry began Made Leaders, a mentoring, coaching and leadership business. He’s also dipped his toe into the world of poker.

One of the greatest defenders of his generation, Desailly served Chelsea with distinction during the period where they transitioned from enigmatic entertainers to Premier League force.

Since retiring in 2006, the France international has worked as a pundit for both the BBC and ITV. He is renowned for his charity work and acts as the UNICEF national Goodwill Ambassador for Ghana.

All in all, Desailly is a good egg and is fondly remembered by Chelsea supporters. 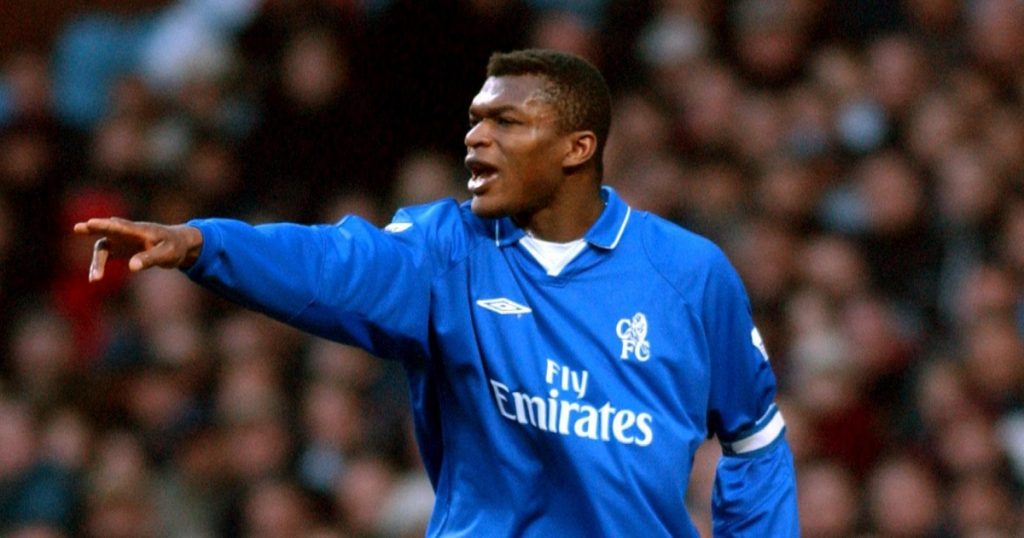 His time at Chelsea may be best remembered for Robbie Fowler’s homophobic goading of him at Anfield, but Le Saux was an excellent player for the club.

Famously a reader of broadsheet newspapers, Le Saux was a figure of fun among his team-mates.

“It is a bullying culture, the dressing room, basically,” he told The Guardian in 2016. “People would pick on you as well and that’s so frustrating when it’s unfair.

“If they just think, ‘Yeah we can really get into him now and give it to someone that’s already down even though they’ve played really well.’ It was used as a bit of a tool by ‘the lads’”.

Unfortuantely his second spell at Chelsea was often interrupted by injuries. He left for Southampton in 2003 before retiring two years later.

Le Saux began retirement as a BBC pundit, working on both radio and television. He currently acts as a match analyst and commentator for NBC’s coverage of the Premier League.

The former England international is also currently a non-executive director of RCD Mallorca after their takeover in January 2016.

Goldbaek scored five goals in his first year at Chelsea but a goalless second season saw him leave the club in 2000. After three years at Fulham, he ended his career with Regionalliga club Rot-Weiss Essen.

The former midfielder currently works as a pundit for Eurosport.

His replacement at Boundary Park made a much bigger impression at Stamford Bridge. During his six years at Chelsea, Di Matteo made 175 appearances and won two FA Cups, a League Cup, a Cup Winners’ Cup and a UEFA Super Cup

Di Matteo was one of the central characters in that great late-90s Chelsea side and famously lifted the Champions League trophy as interim manager in May 2012.

The former midfielder hasn’t worked in management since getting sacked by Aston Villa in October 2016.

Morris played more than 100 times in the Premier League, mostly for Chelsea and a handful for Leeds United, and won the FA Cup and Cup Winners’ Cup while at Stamford Bridge.

After retiring in 2013, he enjoyed a successful coaching spell in charge of the Blues’ all-conquering youth team, working with Tammy Abraham and Mason Mount among others.

He followed Frank Lampard to Derby County in 2018, before rejoining Chelsea when Lampard was appointed as manager.

Morris is now a free agent after Lampard was sacked in January 2021 but keeps his media profile high by commenting on the current manager, Thomas Tuchel.

The original angry ant, Wise is a cult hero at Stamford Bridge for his leadership skills and commitment to the cause.

Wise spent 11 years at Chelsea, winning two FA Cups, a League Cup and a UEFA Cup Winners’ Cup, and is the club’s second most successful captain in their history.

After being sold to Leicester in 2001, the midfielder suffered relegation from the Premier League before leading Millwall to the FA Cup final in 2004. He retired two years later, following spells at Southampton and Coventry.

Wise saw success as manager of Swindon and, briefly, Leeds before an ill-fated spell as Executive Director at Newcastle.

He now works as sole administrator for Serie B side Como 1907 in Italy.

Babayaro made 132 Premier League appearances during his eight seasons at Stamford Bridge before departing for Newcastle in 2005. He remains an underrated part of an underrated era in Chelsea’s history.

The 43-year-old became a brand ambassador in Nigeria and is now working as a football agent.

As one of the greatest players in the club’s history, Chelsea fans will be familiar with Zola’s post-Stamford Bridge career. He was last seen swearing on BT Sport before the defeat to West Ham in December 2021.

Flo was a quality striker during the late 90s – forget the lumbering spell at Sunderland – and scored 50 goals during his four seasons at Chelsea.

After playing for the likes of Rangers, Leeds and MK Dons, the Norway international retired in 2012. He was loans director at Chelsea until December 2021, when he was appointed manager of Norwegian second-tier side Sogndal.

Nicholls was a bit-part player during his seven years at Chelsea, making 52 appearances before winding down his career with a host of lower-league clubs.

He was last seen as manager of FC Clacton, resigning from his position in October 2021.

Vialli spent three seasons playing for Chelsea and only scored 21 Premier League goals, but his impact on the club went far deeper than those numbers suggest.

By the time he scored twice against Oldham, the Italian was Chelsea’s player-manager after taking over from the sacked Ruud Gullit in January 1998.

He led Chelsea to the Cup Winner’s Cup, League Cup, European Super Cup and FA Cup trophies before being sacked in 2000.

After a brief spell in charge of Watford, Vialli stepped away from management and became a commentator for Sky Italia. He successfully battled pancreatic cancer in 2020 and was part of Italy’s coaching staff at Euro 2020.

Sadly, Vialli revealed he had been diagnosed with pancreatic cancer for the second time in December 2021. We wish him well.