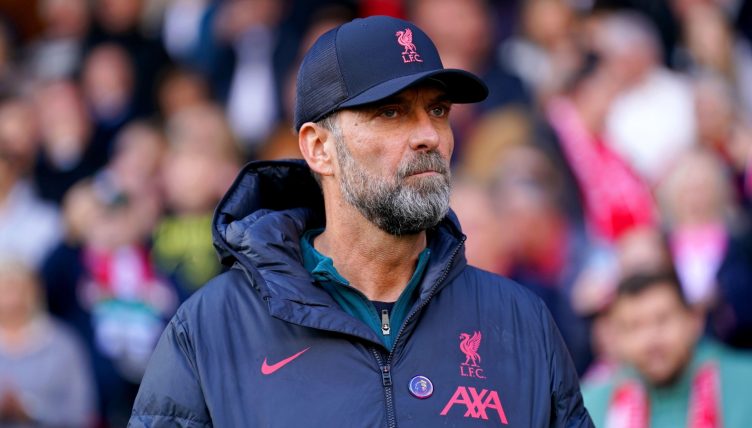 Liverpool have endured a disappointing 2022-23 season to date which has bought the belligerent side of Jurgen Klopp to the fore.

Klopp has a reputation for being jovial and welcoming when everything is going well but, at the same time, the German has experienced his fair share of sense of humour failures when Liverpool haven’t achieved all three points.

We’ve identified nine occasions already this season where Klopp was spikier than a family of hedgehogs.

“The second part is definitely no sprint because December 26 is first game I think and until May,” when asked about the nature of the 2022-23 season. “That’s no sprint. I understand the question, but I can’t see a real answer.

“I haven’t heard it yet where someone say ‘it’s a sprint and we have to prepare completely different’ – we didn’t. We prepared like we had to. For 15, 16 games you prepare like you have to prepare.

“If all the players have a break then it’s not a problem, it’s rather good. It’s like a winter break like I had when I played in Germany a lot. Four weeks, winter breaks like this. It’s good, we know how to deal with that. But other players will play in the World Cup for a long time. It just… just not OK.

“It’s decided long ago, for how everybody says the ‘right reasons’ and that’s it. If you reach the semi-final then you are already quite busy and then the rest starts a week later.

“With these things, I was not angry at all before I came in but then we start talking about it I really get angry.”

To be fair, we’re with Jurgen on this one.

“The best thing about the game is the result,” Klopp told Des Kelly of BT Sport after Liverpool scrapped an undeserved draw against Fulham.

“A really bad game. How can that happen? The attitude was not right in the beginning. We tried to react after 15 minutes. The pitch was dry, stuff like this. Really difficult.”

Klopp became inflamed when asked about the slow start of £85million Darwin Nunez before meeting Crystal Palace under the lights at Anfield.

“Five weeks ago, when we started pre-season and he had his first game and it didn’t look great from the outside world,” Klopp told Soccer Saturday reporter Bianca Westwood. “Not for us, but it’s crazy how quick we judge people… wow!

“Imagine if somebody did that to us and said, ‘First day of work, it didn’t work out. Go home, we never want to see you again! And you don’t get a second chance by the way’ – we would have all been long gone! No chance.”

And, in his pre-match interview, Klopp added: “We have no other striker. I’m really curious that you see the lineup and prepare an interview and ask the questions you ask…but OK. The player scored last week and that’s why he starts.”

Nunez was sent off as Liverpool staggered to a 1-1 draw in their first home match of the season.

Liverpool were anemic throughout their 2-1 defeat against United but Klopp didn’t see things that way.

“When we calmed down we have an extreme number of shots for an away game at United,” he told Sky Sports after the defeat at Old Trafford.

“We should use more of these moments, the second half David de Gea made a fantastic save. If you score then the game turns then we did not have enough time or power in the end.”

“We are in a tricky situation injury-wise, we got through the week with 14, 15 senior players available and now have to make sure they don’t get injured. We should have won this game, I know it sounds ridiculous but that is how I saw it.

He said in another interview, per the Athletic’s Laurie Whitwell: “We are really in the game, then we concede the second. We lost 2-1 because time ran out. The watch ran down without any football.”

Try having some chips to accompany all that salt, Jurgen.

All the press conference fireworks came before Liverpool’s Champions League opener after the club circulated safety advice on social media that offended their Italian hosts.

Asked about his impression of Naples by one reporter, Klopp angrily replied: “That’s an embarrassing question from you. You want to create headlines. I really don’t understand it.

“Are you from Napoli? Do you think it’s a dangerous city? I don’t know. I don’t live a normal life in Napoli. I am protected here, go to the hotel and now you ask me what I think about Napoli.

“Nothing to do with the city, so I don’t know. But I am not here to create headlines for you.”

With Liverpool marooned in mid-table as the leaves began to fall, many observers started to draw comparisons with Klopp’s final seasons at both Mainz and Borussia Dortmund.

Former Red Didi Hamman told talkSPORT: “This Liverpool team looks tired, they look pedestrian and they just look flat. I’m not sure where the spark is going to come from because they’ve won games in the past.”

The reporter then highlighted Hamann’s Liverpool links, to which Klopp replied: “That does not give you the right to say what you want especially when you have no idea.

“I actually think Didi Hamann does not deserve that you use his phrase to ask a question. Do me a favour and ask your own question. Try to ask without using the word spark.”

"Do me a favour and ask your own question" 😳

Jurgen Klopp is NOT happy with a comment made by Dietmar Hamann 👇 pic.twitter.com/X7EMKSuL7A

When asked whether he had any praise for Forest following their 1-0 win over the Reds, Klopp said to Des Kelly: “Yeah but it’s the Premier League, they’re all good [teams] and fight.

“Giving a team six clear-cut chances after set pieces – I’m not sure where I should put the praise on to be honest.

“The things we did. They’re a great team, Steve is a fantastic manager really but for us today, we have to win here. Done. But we didn’t.”

“They were just free. So use it. We use all of them, then you ask a different question.”

“The team performance is always a summation of individual performances. It’s always the same, it’s never different, so how could it be different?” Klopp said following Liverpool’s 2-1 home defeat to Leeds.

“Why you ask the question then?” Klopp bit back. Ouch.

A string of victories either side of the World Cup seemed to placate Klopp but a sorry 3-1 loss at Brentford saw the belligerent side of his personality come racing back to the surface.

Despite being played off the park in west London, and arguably fortunate to escape with just a two-goal defeat, the Reds boss came out swinging in his post-match interview.

When asked whether he had spoken to the match officials about the issue, Klopp told beIN Sports: “Yeah, but actually that’s exactly the same as I would talk to my microwave, you get no response, really. It’s always the same.”

And, when speaking to Sky Sports, the 55-year-old said: “The third goal, I have no clue. In that situation, when you are in a full sprint and get a push in the back, you lose control and go down.

“[Referee Stuart] Attwell thought it’s not a foul and VAR hides behind the phrase ‘it’s not clear and obvious’. The other way round, if it is a foul, you’d never say ‘no, no, no’.

Jurgen Klopp questions the referee's decision to allow Mbeumo’s goal as he felt the forward clearly pushed Konate in the back! 👇 pic.twitter.com/SDBlfAdMbu