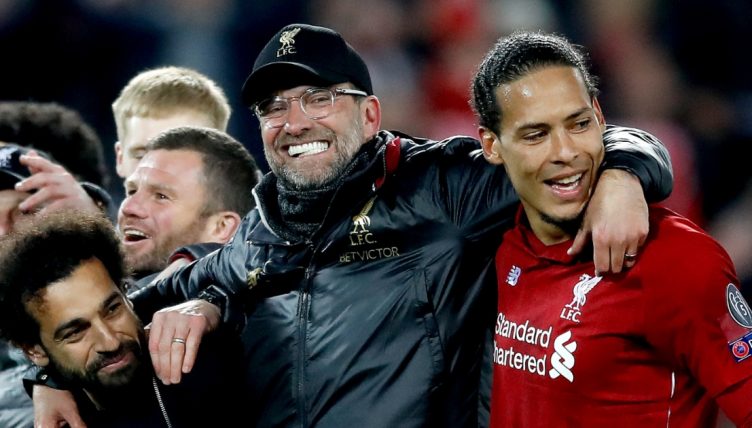 Across his time as manager of Mainz, Borussia Dortmund and Liverpool, Jurgen Klopp has earned his reputation as one of the finest football managers of the modern era.

But Klopp would be the first to admit he wouldn’t be where he is today without some truly brilliant footballers at his disposal.

So who are the best of the best he’s managed? We’ve put together an all-time XI of the Klopp’s greatest players – with apologies to Mainz, who miss out on any representation here due to some absolute world-beaters from Liverpool and Dortmund.

Only three players have made more appearances under Klopp than Roman Weidenfeller, his No.1 for seven years at Dortmund, but we can’t look beyond Alisson between the sticks.

Arguably the best goalkeeper in the world – an argument we’re sure Klopp himself would make – the Brazilian’s arrival from Roma in 2018 was the final piece in the jigsaw for Liverpool to go and win the Champions League and Premier League.

Not only has he been a brilliant goalkeeper for Liverpool, but his manager evidently has boundless love and respect for Alisson as a human being.

“No one really has the words to explain what they feel in these moments. I know I’m not adequate,” Klopp wrote in the Liverpool programme following the tragic death of the goalkeeper’s father.

“So instead I wish to tell Alisson how much this team and this club loves him and his family.

“The greatest tribute possible to Alisson’s father is the person his son is and has become. He honours him every day with how he lives his life.”

The only player in this XI to have been handed their professional debut by Klopp, Alexander-Arnold has gone on to make over 200 appearances for his boyhood club – with Klopp the only man he’s ever known in the dugout.

And what a player he’s become in that time. Sixty-two assists in 226 appearances is an insane record for a 23-year-old full-back. Only Mohamed Salah and Roberto Firmino have notched more assists for a Klopp team.

Liverpool are still yet to lose at Anfield in the Premier League with the imposing Dutch defender at the heart of their backline.

In three full seasons with Van Dijk fit and available, Liverpool have averaged 96 points a campaign, losing just six games across those years. In the 2020-21 season, when the centre-half was out injured, they picked up just 69 points and lost nine games.

A no-brainer and probably the first name on this teamsheet. 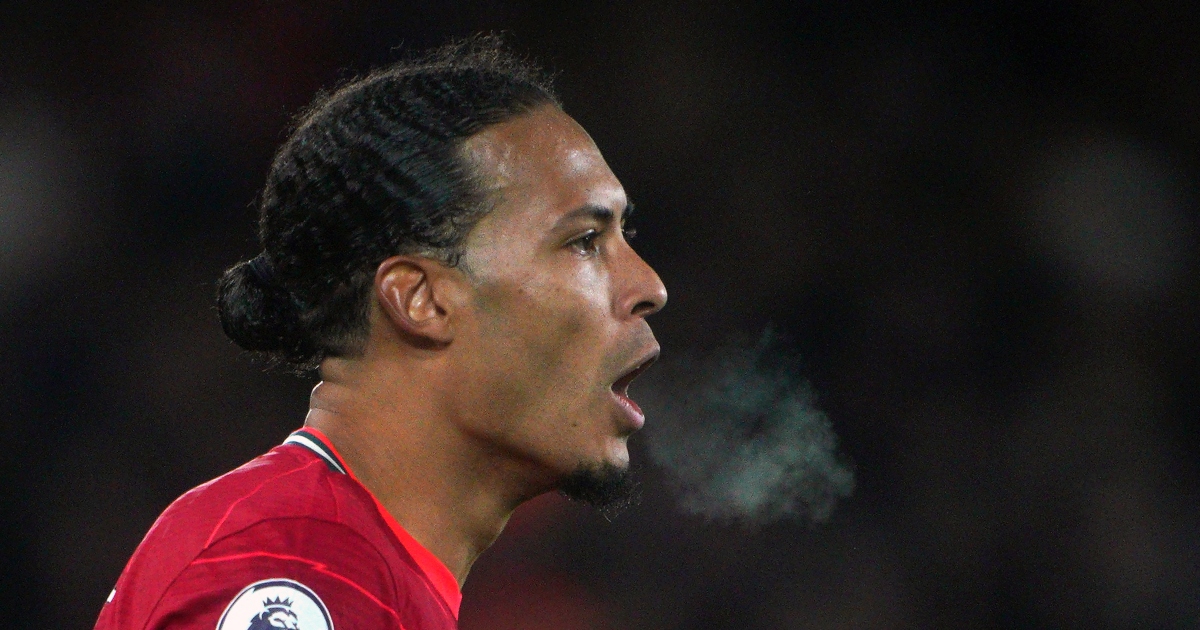 Hummels was a young and unproven centre-back when he signed for Klopp’s Dortmund, originally on loan, back in 2008. He’d struggled to get into Bayern Munich’s first team and left in search of more opportunities.

Fast-forward a few years under the guidance of Klopp and Hummels had become one of the best defenders in Germany, if not Europe.

He was a near ever-present as Dortmund won back-to-back Bundesliga titles in 2011 and 2012 and reached the Champions League final in 2013, eventually going on to win the World Cup with Germany before spending three title-winning years back at Bayern.

“It was almost like family between us,” Hummels told the Daily Mail in 2018. “Of course, we had our issues from time to time. One day we would be there, screaming at each other. But the next day? It was all fine. He understood me, I understood him.”

Few would have expected Robertson to be quite this good when he arrived from relegated Hull City back in 2017, but what a signing he’s proven to be.

The Brazilian hasn’t made quite as many appearances under Klopp as the others on this list, but after a patient and steady integration period, he’s become an indispensable player.

If Liverpool have a must-win match, you’re certain to see Fabinho’s name in the starting XI.

With Henderson as captain and Klopp as manager, Liverpool have won every trophy going.

“Everyone was convinced Hendo was the right captain for me. I only learned about him day by day. After 6 years of working with him together, he’s the perfect choice,” Klopp told reporters back in November.

“He’s the perfect role model for a footballer and a real leader. You have to share it if you are a really good one and that is what the boys do.

“Millie is a massive voice, Virgil. Trent, Robbo, Ali – Mo is a natural leader – we have a top group there.

“Hendo doesn’t do it alone but he’s the captain of this team. It’s a proper job. He fills the role in a perfect way and I am really happy about that.”

This is what it means 🙏

Jurgen Klopp AND Jordan Henderson will be joining us very shortly on #UCLThrowbacks!

One hundred and fifty-six goals and 67 assists in 254 appearances for Klopp’s Liverpool. That’s 36 more goals than any other player that’s played under Klopp, while only Firmino has more assists.

Liverpool’s Egyptian King has been nothing short of a phenomenon.

The only player on this list not to lift major silverware under Klopp, we’re still including Reus because he was truly sensational from the day he joined Dortmund.

He arrived back at his hometown club after making a name for himself at Borussia Monchengladbach, having been named Kicker’s Bundesliga Player of the Season in the 2011-12 campaign.

Reus went on to play for Klopp for three seasons, notching 53 goals and 44 assists in 121 appearances under his compatriot.

A beautiful relationship from day one – remember that debut against Arsenal back in 2016? – Mane has been a wonderful servant to Liverpool over the past six years.

One of Klopp’s first signings, Mane’s arrival heralded a new era in which additions to the Reds squad invariably just clicked.

Alongside the likes of Alisson, Alexander-Arnold, Van Dijk, Robertson, Fabinho, Henderson and Salah, Mane has been a vital cog for a history-making Liverpool side that have won the lot in recent years.

It looks like this story could soon be coming to an end. A word of warning, Sadio: the grass isn’t always greener… 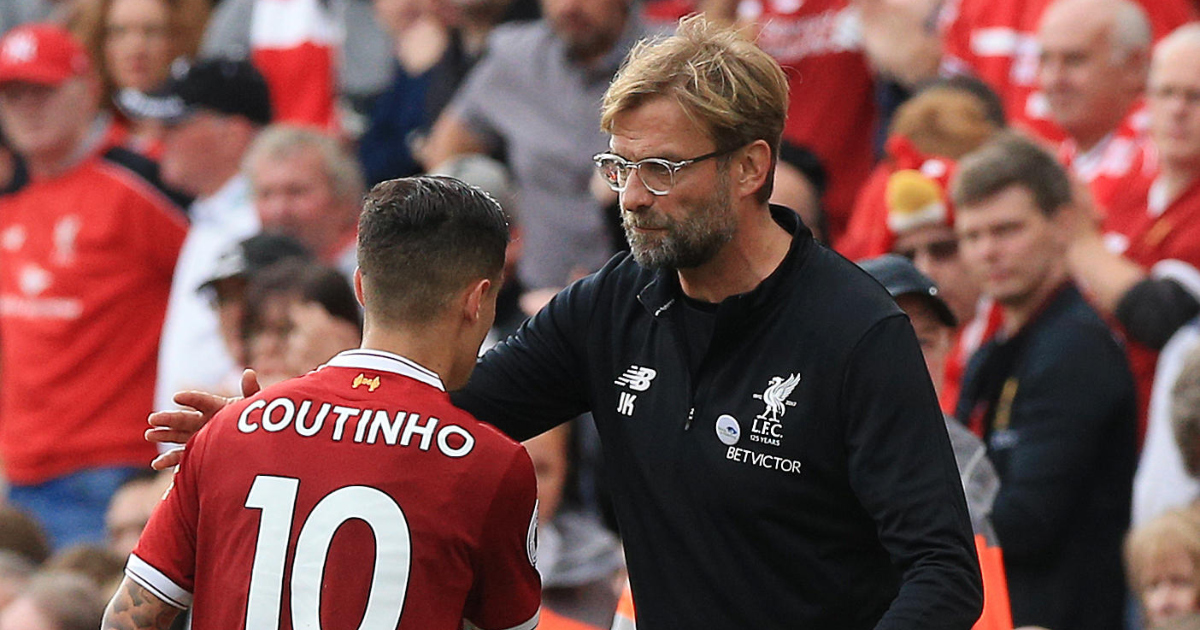 One of the greatest goalscorers of the modern era, Lewandowski first started to demonstrate his world-class abilities upon arrival at Dortmund from Lech Poznan in 2010.

He scored 30 league goals as Klopp’s side won back-to-back league titles in his first two years at the Westfalenstadion, going on to notch 36 in all competitions – including four in one game against Real Madrid – as the Bundesliga club finished Champions League runners-up in the 2012-13 campaign.

“I joined Dortmund as a young player and initially it wasn’t easy,” the Poland international told the Daily Mail.

“Obviously Jurgen wasn’t my dad, but in different ways, he sort of adopted that role. He was one of the main factors behind my development and he opened the door to the big wide world of football for me.”