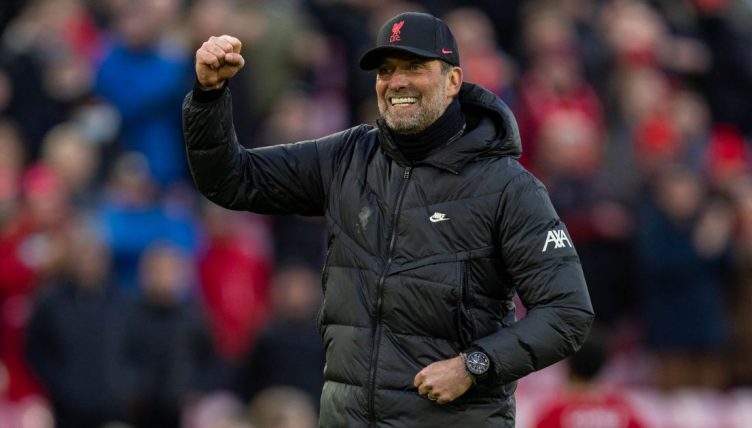 Since Jurgen Klopp became Liverpool manager in October 2015, he has overseen a transformation of the club, turning them back into the winning force that they had been in the 1970s and 1980s.

Klopp has revolutionised the way that Liverpool play, instilling a hard-running, quick-transition style of football. Coming from the modern school of German gegenpressers, he has turned Liverpool into one of the most exciting teams on the planet.

He has doubtless been helped by a very successful transfer strategy that has seen the Reds recruit world-class talent like Mo Salah, Sadio Mane, Alisson and Virgil van Dijk to name but a few.

But without Klopp, the project would be missing its most crucial ingredient, the man that adds that drive and vision Liverpool so badly needed before he arrived.

The first major trophy Klopp won with Liverpool was the Champions League, overcoming Tottenham in the final in Madrid in 2019.

But the Premier League title that followed in 2020 was perhaps even more special and impressive.

Liverpool were utterly relentless, which was necessary to fight off a Manchester City team that was assmebled at greater expense than Liverpool’s group.

When they secured that title – the club’s first in 30 years – legendary Liverpool player-turned-manager Kenny Dalglish told BT Sport: “Jurgen Klopp – it’s all about him. He takes the credit!

“It’s been very positive all the way. He’s been fantastic – he epitomises everything about this club. He truly deserves it.

“When he came in, it was a fantastic coup. When he came in, he was unbelievable. Brendan [Rodgers] was a little unlucky. But it’s not a one-off. They’ve been at it, around about it, for a few years. Onwards and upwards.

“Last year they were a point out, this year they’ve only lost once. It’s truly deserved.”

With Liverpool set to play in the 2022 League Cup final, and still in the hunt in the Premier League, Champions League and FA Cup this season, there could be more success in the near future as well.

But if we pan out and look at Liverpool’s league performance over the entirety of Klopp’s spell, how does he fare?

There were certainly plenty of creases to iron out when he came in six and a half years ago, with players to move on and, in particular, a defence to reform. So does his record suffer from that tougher spell early in his reign?

To find out, we’ve collated the Premier League table since the German’s very first game in charge on October 17 2015.

Liverpool might not be top, but it still makes pleasant reading for Reds.

Note: We’ve only included the 11 teams who’ve stayed in the Premier League for the duration of the six and a half seasons Klopp has been about.