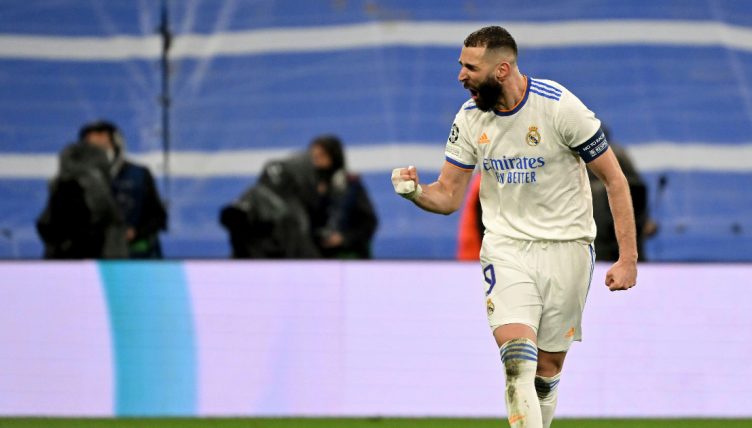 Karim Benzema is having the season of his life at Real Madrid, with Los Blancos set to win La Liga and ready to face Manchester City in the semi-finals of the Champions League.

The 34-year-old striker has been unstoppable, scoring hattricks in both the last 16 and quarter-finals of the Champions League to carry his side through, and is a frontrunner for the Ballon d’Or.

Benzema has been one of the best forwards in the world for a long time during his glittering career, and since the departure of Cristiano Ronaldo from Real Madrid in 2018, many have felt that the ‘shackles have come off,’ allowing him to focus more on goalscoring than playmaking.

Benzema joined Real Madrid alongside Ronaldo in 2009, after breaking through in the most stunning way possible at Lyon, and in his 13 years at the club he has won every trophy on offer, including four Champions Leagues.

Even at his age, Benzema has shown no sign of slowing down, and has come up with goals at crucial moments to get Real Madrid out of jail on many occasions.

“He’s better every day, like wine,” Carlo Ancelotti said of his striker after Benzema scored a hattrick away at Chelsea.

“Every day he shows more leadership, he feels more important for this team and this squad. That’s what makes the difference in him. He has a lot more personality.”

The Frenchman is now one of the top scorers in the history of Real Madrid and the Champions League, and will be remembered as one of the greatest strikers of all time.

Ronaldo is the greatest player in Real Madrid history, scoring 450 goals in 438 games and achieving feats no one else has managed. His season in 2014-15, whilst not the most fruitful in terms of trophies, was his best in terms of output, racking up extraordinary goal and assist numbers.

Here’s how his stats this season, which has arguably been his best, compare to Ronaldo’s best statistical season at the Bernabeu.

Note: stats have been taken from all competitions both players were involved in.

"And that could be the goal that decides LaLiga!" 🗣️ pic.twitter.com/uTIIqR42YH