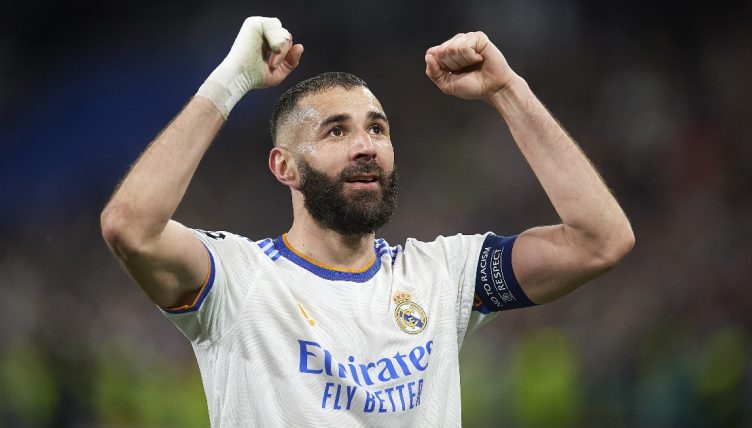 Real Madrid’s Karim Benzema produced one of the greatest performances of his glittering career in a 3-1 remontada victory over PSG – and the world of football could only stand and applaud.

Los Blancos looked down and out after Kylian Mbappe reproduced his first-leg heroics to put the visitors two goals ahead on aggregate at the Bernabeu, but Benzema showed there’s still life in the old guard yet.

The 34-year-old striker got his side back into the tie on the hour mark, having played a key role in the build-up by pressurising Gianluigi Donnarumma – 17 minutes later he became the oldest player to have scored a Champions League hat-trick, with all three goals as Madrid produced a stunning comeback win.

“We lost in the first leg, we were losing at the break… It was very hard, but this is a Champions League match and we are Real Madrid,” Benzema told reporters after the match.

“The comeback came due to a matter of mental strength. It was not a mistake by Donnarumma, it was my pressure on him. When we pressure like that, we can beat anyone. Every game is a final for us and today we saw that Real Madrid is alive.”

Carlo Ancelotti’s side join Liverpool, Manchester City and Bayern Munich in the quarter-finals, with the rest of the final eight to be booked next week.

You imagine even Europe’s most elite sides would fear coming up against a Benzema in this kind of form.

“Karim Benzema is the best No.9 in the world, he showed it. Lewandowski also scored two goals yesterday, but two penalties,” Madrid goalkeeper Thibaut Courtois said in his post-match interview.

“Today Benzema showed why he should be higher in the Ballon d’Or this year. Today he was running, fighting, even limping.”

We certainly can’t disagree – and neither do some of football’s all-time greats.

Here are 13 of the best reactions and responses to King Karim’s latest masterclass.

They were off their seats in the studio 🤣@seemajaswal, @rioferdy5, @themichaelowen, and Steve McManaman could not believe what they saw as Karim Benzema turned the game on it's head!#UCL pic.twitter.com/tu9fvhfHrI

Also just to be perfectly clear here, Karim Benzema deserves that Ballon D’Or more than anyone else right now.

Karim Benzema is indisputably one of the greatest number nines of all-time. 👏🏻👏🏻

On February 15 2007 @Benzema scored the first hat trick of his career — heard he did it again tonight? 🤩 pic.twitter.com/N4TYpcOQvb

He’s not going to Paris 😂