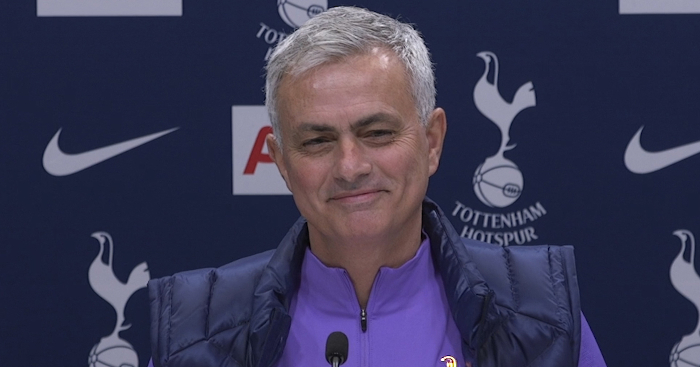 Jose Mourinho’s appointment as Tottenham‘s new manager instantly had us looking through their fixture list. It’s fair to say he’s got some history in the Premier League.

The Portuguese hasn’t been afraid to burn a bridge or two, or speak his mind about his rivals. It’ll be narrative overload when he returns to face his former clubs Manchester United and Chelsea, while his involvement in the North London derby will add some extra spice.

Here are some dates to circle in your diary.

Just short of a year since he was sacked by United, Mourinho returns to Old Trafford in charge of his new club in a midweek fixture under the floodlights.

He’ll have had time to bed in at Spurs with games against West Ham, Olympiakos and Bournemouth by then. It’ll be interesting to see how Spurs are being judged in the latest football odds after a few games under Mourinho, but he would surely love it – love it – to get one over his old club, who are enduring an underwhelming campaign under his successor Ole Gunnar Solskjaer.

The reverse fixture is scheduled for next March.

There’s no love lost between Chelsea and Spurs at the best of times, and Mourinho’s history as a three-time Premier League winner will add extra intrigue. Their first meeting comes just before Christmas as the Blues make their first visit to the new Tottenham stadium.

Frank Lampard came up against his former mentor last season, coming out on top as his young Derby County team knocked Mourinho’s United out of the League Cup.

The return fixture at Stamford Bridge takes place next February.

Liverpool have already played Spurs at Anfield this season, coming out on top with a 2-1 win as Mauricio Pochettino’s team failed to take revenge for the Champions League final.

Unfortunately for Sky Sports and everybody invested in the narrative, their next meeting comes disappointingly quickly.

Mourinho absolutely loved spoiling Liverpool’s title challenge, the key antagonist on the touchline in that Gerrard slip game at Anfield back in 2014. With Jurgen Klopp’s Reds eight points clear and in a great position to claim their first Premier League title, Mourinho can throw a spanner in the works in January, but not quite so late in the campaign.

Simmering tension occasionally bubbled over to outright hatred whilst Mourinho and Pep Guardiola were in charge of Real Madrid and Barcelona, but that’s subsequently thawed as the two coaches competed in the blue and red sides of Manchester.

Mourinho will no doubt enjoy returning to underdog status at Spurs. They host the champions in early February.

Admittedly, Spurs need to get there first, but a win over Olympiakos in midweek would book their place in the knockout stages, with nothing likely to hinge on their final Group Stage match against Bayern Munich.

Mourinho, of course, has some pedigree in this competition. He’s won it with Porto and Inter, and made it to the semi-finals four times over the past decade. Spurs, of course, finished as runners-up last season. Could another run beckon?

With Unai Emery under pressure, Mourinho was rumoured to become Arsenal manager, an appointment that would have no doubt garnered a mixed reception from the Gunners faithful given how much he’s revelled in winding them up over the years.

But the natural order of things will continue, with Mourinho will play the villain on the opposition dugout. Only this time, the stakes will be higher as it’s only the bloody North London derby, isn’t it?

The two sides played out a 2-2 draw at the Emirates earlier on. Their next meeting, the first derby match at the new stadium, comes in the final weeks of the season and could well decide who finishes higher in the table.