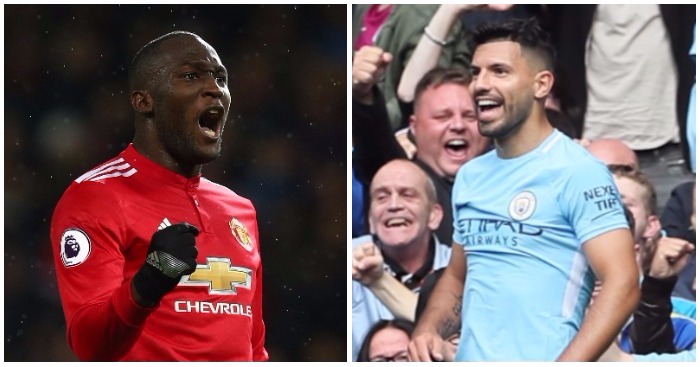 Manchester United host Manchester City on Sunday in a battle between the Premier League’s top two – and both teams may be looking to their centre-forwards to be the match winner.

City are eight points clear of United at the summit after just 15 games, and should they claim another three points at Old Trafford this weekend, few will give their city rivals much chance of clawing back the deficit.

Pep Guardiola’s side have not been at their best in recent weeks, however, needing late goals to see off Huddersfield, Southampton and West Ham, and Aguero scored in only one of those games.

United on the other hand have recaptured something like their best form since getting Paul Pogba back from injury – although their record signing will miss the derby through suspension.

Jose Mourinho’s side won 3-1 at Arsenal last weekend to strengthen their grip on second place, but Lukaku has scored only once in his last eight games after bagging seven in his first seven.

There is more to a centre-forward’s job than just scoring, of course, but here is a look at how the two players have compared so far this season. 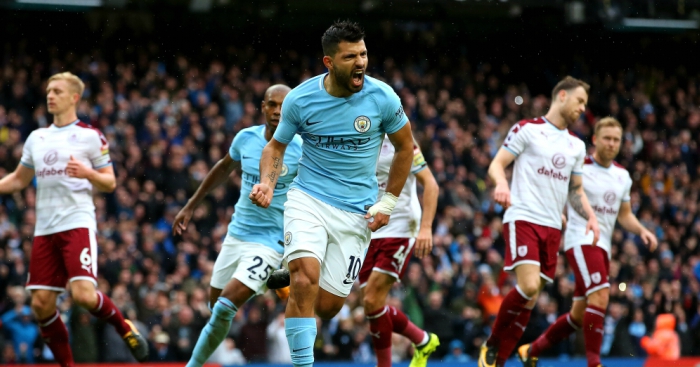 Aguero has scored nine goals and set up three more for team-mates in just 866 minutes in the Premier League this season, meaning he has scored at a rate of one every 96 minutes and directly contributed to a goal every 72 minutes.

Lukaku, meanwhile, has scored eight goals and laid on four in 1350 minutes, giving him a strike rate of a goal every 169 minutes and a goal or assist every 113 minutes.

Three of Aguero’s goals have been penalties, but even without counting those, his rate of a goal every 144 minutes is superior to Lukaku’s.

Perhaps surprisingly, Aguero has scored two headed goals to Lukaku’s one, with his other seven all being scored via his left foot. Lukaku has scored five with his left and two with his right, with all 17 of the two players’ goals being scored from inside the penalty area. 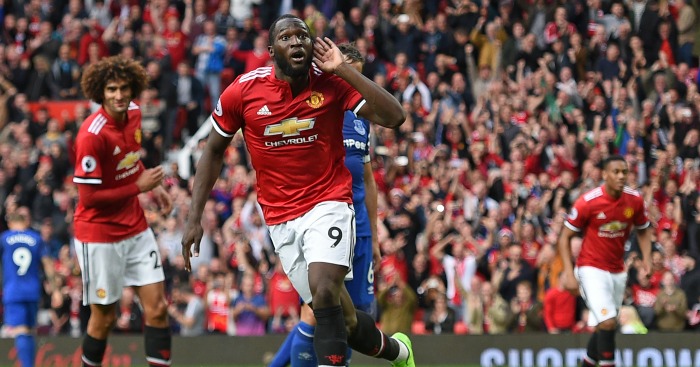 Lukaku has had 51 shots in total to Aguero’s 38, giving him an inferior conversion rate of 16% compared to the Argentine’s 24%, though he has hit the target with marginally more of his efforts (Lukaku 47%, Aguero 45%) and has also been denied the woodwork on one occasion.

Neither player has tried their luck from distance too often, with Lukaku attempting nine shots from outside of the box and Aguero six, but the United man has had significantly more headed attempts – 11 to four – albeit still a rather low number for a player so powerful in the air.

When it comes to what Opta defines as a big chance, both players have had 15 so far this season. In this case it’s Lukaku that has been more clinical, converting eight of his 15 to Aguero’s seven.

Despite playing significantly less minutes, Aguero has created 19 chances for team-mates to Lukaku’s 16 so far this season. Seven of those have been defined as big chances, whereas Lukaku has created only three.

Aguero has attempted two more dribbles than Lukaku (26-24), although both have been successful with 15, giving the Belgian a better success rate.

Lukaku, courtesy of having played more minutes, has made 35 more passes in the final third than Aguero so far (177-142), but the City man has actually completed seven more (109-102).

However, far more high balls are played up to Lukaku than Aguero, meaning many of his ‘passes’ are attempted knock-downs and flick-ons. This goes some way to explaining his 67% overall pass completion ratio when compared to Aguero’s 81%. 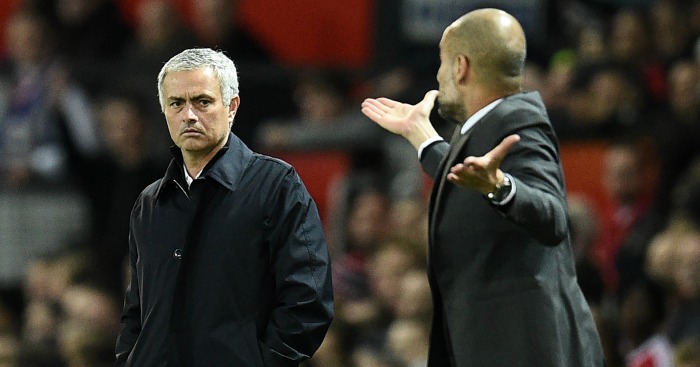 READ: Can you name the last 20 goalscorers in the Manchester derby?

Aguero has, in fact, only contested 11 aerial duels in the Premier League all season, one for every appearance so far. Lukaku on the other hand has contested 106 and won 52 of them, placing him joint 23rd in the league for aerial duels won per game.

Generally speaking, though, Aguero is seeing more of the ball than Lukaku, albeit perhaps not as much as you might expect given City’s style of play under Guardiola. Aguero has touched the ball at average of once every 2.1 minutes so far this season, with Lukaku getting a touch once every 2.5 minutes.

When it comes to touches in the opposition box, Aguero has had one every 11.5 minutes, while Lukaku has managed one every 17.3 minutes.

Overall, Lukaku has given up possession on 195 occasions this season, 86 more times than Aguero, but his extra appearances and the difference in service into the two players should again be considered.

Centre-forwards are being asked to do an increasing amount of defensive work, particularly for teams that press high up the pitch as City do, but neither of these players have contributed a great deal in this regard so far this season.

Aguero has attempted five tackles but won only two, while Lukaku has attempted just four and also won two. The Belgian is yet to make a single interception in the Premier League, with Aguero so far making four.

It doesn’t appear as though either of these players are being asked to do too much in terms of stopping opposition attacks at source, however: Aguero has conceded only six fouls so far, and though Lukaku has given away 20, a fair proportion of those are likely to have been when contesting high balls rather than chasing defenders out of the back.

At the other end of the pitch, Lukaku has unsurprisingly made four times the amount of clearances as Aguero (12-4), while he has also blocked two shots to the City man’s one.