Kylian Mbappe: Everything you need to know about the Monaco starlet 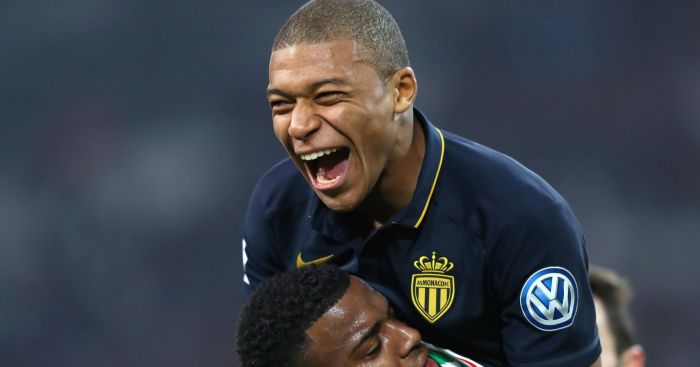 Kylian Mbappe has been alerting scouts all over Europe with his sparkling performances for Monaco this season.

Dubbed the ‘new Thierry Henry’, Mbappe has a lot to live up to, but with interest from the likes of Arsenal, it appears the 18-year-old is living up to the hype.

The striker started off in the youth ranks at AS Bondy before making the leap to Monaco in 2013, where he is now a regular in the first team.

Mbappe has represented France at Under-17 and Under-19 level and could be close to stepping up an age group following his form this term.

The wonderkid burst onto the scene last campaign when he became Monaco’s youngest ever player at the age of 16 years 347 days, breaking Henry’s record set 21 years ago. 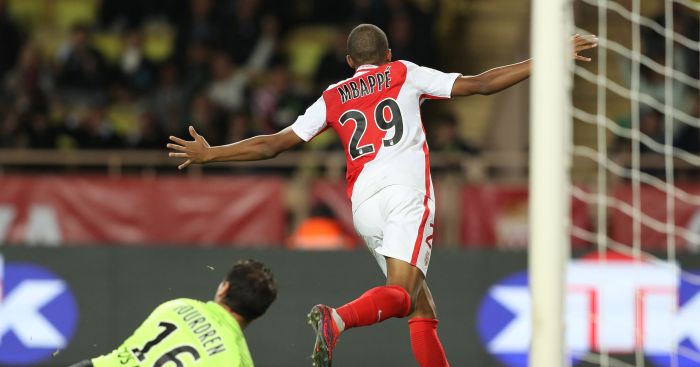 When he found the back of the net against Troyes only three months later he ticked off another record, becoming the club’s youngest ever goalscorer.

And building on his record-smashing breakthrough season, Mbappe has bagged 15 goals in 29 appearances in all competitions this campaign, contributing five assists for his team-mates.

The comparison to Henry is an obvious one, and Arsenal boss Arsene Wenger has admitted he has already attempted to sign the Monaco youngster.

“I approached him last year because I really believe that he has an exceptional future ahead of him,” Wenger said.

“Unfortunately today, all these young players are in full view from very, very early on and all the big clubs want them.

“I hope the fact that everybody is already talking of nobody but him isn’t going to have a negative impact on his future.” 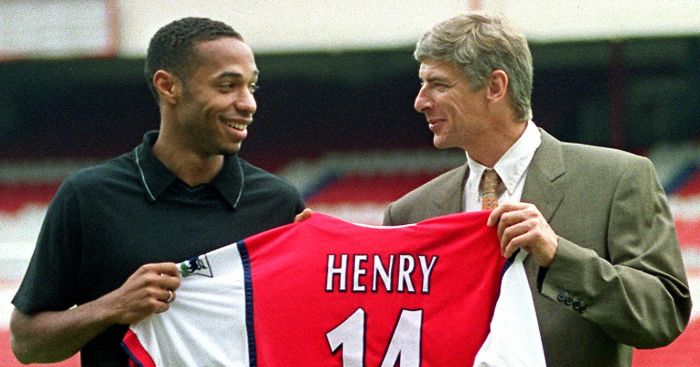 Like Henry, Mbappe is blessed with an electric turn of pace. His positional sense and vision are also strong aspects of his game, but there is a view that his decision-making could do with some work – as you would expect for such a young striker.

Henry himself has been impressed with Mbappe’s attitude and hopes he can keep his feet on the ground amid the hype.

“I’ve met Mbappe and he’s a nice lad with a good head on his shoulders,” Henry told The Sun. “He is very respectful and quite quiet. But give him the ball and he talks and he isn’t very nice anymore!

“He is determined and never gives up. He is the talk of the town and has so much talent. He has skills, goals, assists. He can do what he wants with the ball.

“I know people have called him ‘the new Thierry Henry’, but I don’t like those tags. He needs to be him and just be the best he can be.” 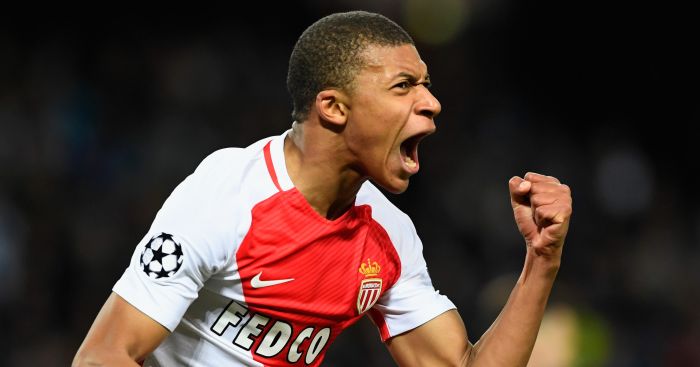 Monaco are leading Ligue 1 by three points with seven games of the season left, while they are in a great position to make it into the semi-finals of the Champions League after winning 3-2 at Borussia Dortmund on Wednesday – with Mbappe scoring twice.

They’ve achieved lots this season with youngsters such as Tiemoué Bakayoko, Fabinho, Thomas Lemar and Bernardo Silva all coming to the fore.

With that in mind, Mbappe could be best served remaining with the French outfit for a while longer. He’s only 18, so what’s the rush?

“He’s one of our most promising academy players and his emergence shows we’re doing good work,” said AS Monaco vice president Vadim Vasilyev.

“This also demonstrates that young players are given a chance here at Monaco. I believe that at Monaco we have the best sporting project in Europe for young players.”