The next GOAT? 8 records Kylian Mbappe is well on course to smash 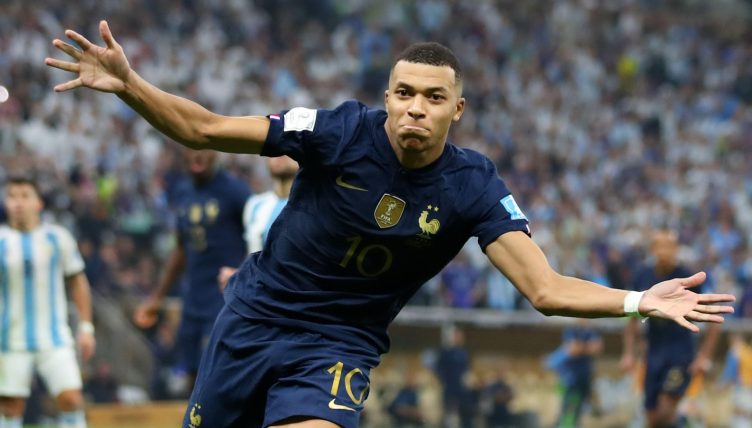 Kylian Mbappe is only 24 years old and is on the trajectory to boast one of football’s all-time greatest careers.

The France international was agonisingly denied a second successive World Cup, with a penalty shootout defeat to Argentina in the Qatar 2022 final, but you wouldn’t bet against him lifting football’s most prestigious prize again.

As the debate rages on about Lionel Messi and Cristiano Ronaldo and their place among the sport’s all-time greats, there’s every chance that one day Mbappe will find himself in the conversation.

The future is uncertain and it remains to be seen what happens next in the PSG superstar’s glittering career – but he’s on the right track to smash records at every level; for club and country, in the World Cup, Champions League and beyond.

“Give everything for 15 years, and then afterwards, you’ll have time to see what you’ve done. And you’ll have your whole life to say: ‘I won this, I did that.'”

“I’ve never said I was going to be the greatest player in history, but I’ve never put limits on myself. If I get to a certain level, I’m not going to stop myself by putting a barrier up, like: ‘If I get there, then that’s it, that’s my maximum.’

“No, I try to push my boundaries and see where that takes me. For the moment, it’s working well for me, and I’ll keep doing that until the end of my career.”

“Every time I step onto the pitch, I tell myself I’m the best, and yet I’ve played on the same pitch as [Lionel] Messi and Cristiano [Ronaldo], and they’re better players than me!

“They’ve done a billion more things than me, but in my head I always tell myself that I’m the best because then you’re not putting limits on yourself and you’re trying to give the best version of yourself.”

There certainly don’t appear to be any limits on what Mbappe can go on and achieve in the remainder of his career, having already done so much. Here are eight of the incredible records that he genuinely has the potential to break.

– Barring something extraordinary, Mbappe will surely eclipse Miroslav Klose as the top scorer in the history of the World Cup. At just 23 years old, he equalled Pele’s record of 12 goals by scoring a hat-trick in the competition. With every chance he plays in three more World Cups, you’d expect him to score at least five more World Cup goals to eclipse Klose’s record of 16 – it wouldn’t be a surprise if he bags at least five more in the 2026 World Cup in North America.

– During the World Cup, Olivier Giroud overtook Thierry Henry to become France’s all-time top scorer, with his 52nd goal for Les Bleus. But the striker is surely just a placeholder for the inevitable Mbappe, who is just 17 goals behind, having scored 36 goals in his first 61 international appearances.

– Mbappe is just 10 goals off Edinson Cavani’s club record of 200 goals in all competitions for PSG. He’ll surely tick that box in the coming months.

– The 24-year-old has a lot of work to do to one day become the Champions League’s all-time top goalscorer. He’s currently on 40, exactly 100 behind the competition’s all-time top scorer Cristiano Ronaldo. But when you consider that Ronaldo had scored just 11 Champions League goals at the same age, it’s not difficult to imagine Mbappe one day getting there. 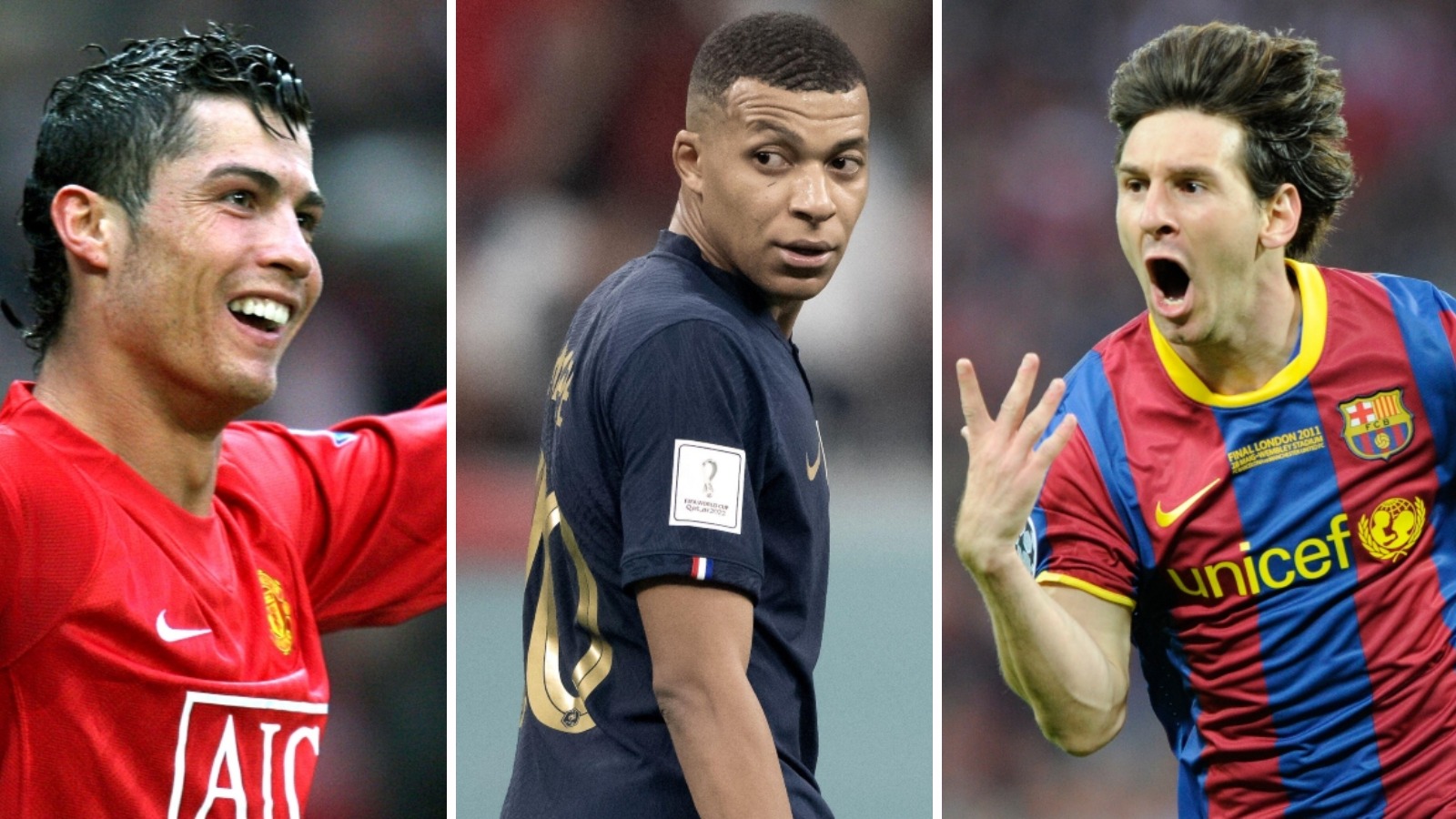 READ: Comparing Mbappe’s record now to Messi & Ronaldo at the age of 24

– If Mbappe remains in France, it’s a question of when – not if – he becomes the all-time top scorer in the history of Ligue 1. Argentinian striker Delio Onnis currently holds the record, having scored 299 goals in 449 appearances for Reims, Monaco, Tours and Toulon between 1971 and 1986. Mbappe currently has 147 Ligue 1 goals.

– Mbappe can turn his sights beyond Ligue 1 and all-time league goalscoring records globally – to the likes of Pele (604 league goals), Romario (544), Josef Bican (518), Ferenc Puskas (514), Cristiano Ronaldo (497) and Lionel Messi (480). To do so, he’ll have to up his goalscoring numbers as he reaches his prime years, but that’s exactly what Messi and Ronaldo did in their mid-to-late twenties. The best could be yet to come.

– Dani Alves is currently the most decorated player in football history, having lifted 43 trophies across his time at some of the world’s biggest clubs. Mbappe has already won five Ligue 1 titles and seven domestic cups in France, as well as the World Cup and Nations League on the international stage. Given he’ll surely spend his career at Europe’s most dominant clubs, expect those numbers to keep racking up in the years to come.

– Messi has officially registered more assists than any footballer in the history of recorded stats (350 in 1003 appearances). When you consider that Mbappe already has 132 career assists – 48 more than Messi at the same age – it’s definitely within his reach to one day break that record.

READ NEXT: The top 10 players in the world, according to Football Manager 2023