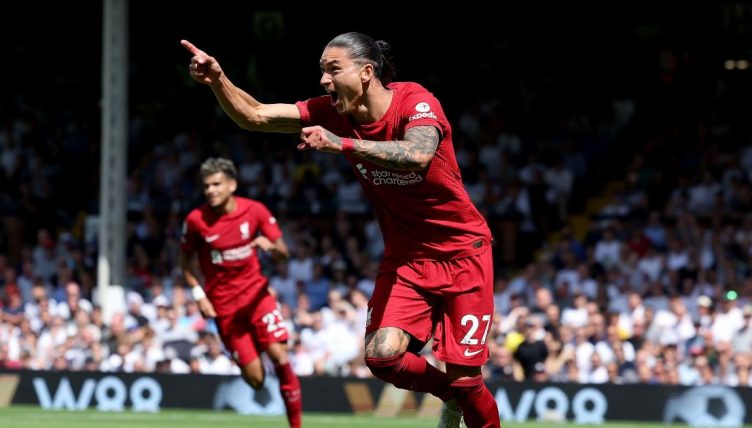 By coming off the bench to score against Fulham on his Premier League debut, Darwin Nunez wrote himself into the Liverpool history books.

Jurgen Klopp’s new £85million record signing also got an assist at Craven Cottage, setting up Mo Salah as the Reds came back to draw 2-2 on the opening day of the 2022-23 season.

Nunez’s goal places him alongside some outstanding players to open their accounts in their first game in the famous red kit.

We’ve taken a look at the last five players to score on their Liverpool debut and how they subsequently fared.

Eyebrows were raised when Liverpool spent £34.3million on Salah, who struggled at Chelsea during his first spell in English football.

But the winger was determined to prove that he could be a success in the Premier League and made an immediate impact, scoring in a 3-3 draw with Watford in August 2017.

The Egypt international was no one-hit wonder and has shown remarkable consistency in recent years, scoring over 150 goals for Liverpool.

He recently signed a new contract at Anfield and has shown no signs of slowing down, scoring on the opening day of the Premier League season for the sixth consecutive year.

On This Day in 2017, Mo Salah scored his first Premier League goal for the club against Watford. The first of many 🇪🇬👑pic.twitter.com/ByhNaJZuhr

After starring for Southampton, Mane caught Jurgen Klopp’s attention and completed a £34million move to Liverpool in the summer of 2016.

The Senegal international went straight into their starting XI and scored Liverpool’s fourth in one of the great opening weekend games – an unforgettable 4-3 win away to Arsenal.

Over the following six years, he scored another 119 goals, won everything there was to win and established himself as one of the best forwards in world football.

The 30-year-old then decided to pursue a new challenge at the end of the 2021-22 season and left for Bayern Munich.

“He leaves with our gratitude and our love,” the Liverpool manager said. “He leaves with his status among the greats guaranteed. And yes, he leaves in a moment where he is one of the best players in world football.

“But we must not dwell on what we now lose, instead celebrate what we were privileged to have. The goals he scored, the trophies he won; a legend, for sure, but also a modern-day Liverpool icon.” 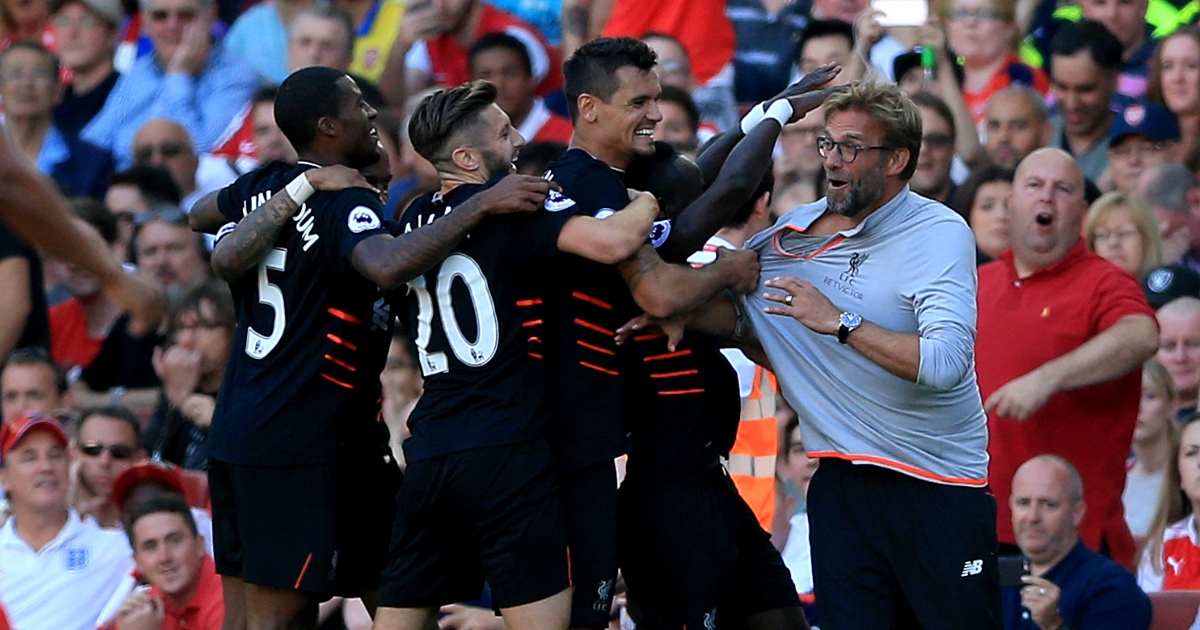 Sturridge had already scored in the FA Cup against Mansfield before he followed it up with a consultation goal against Manchester United on his Premier League debut for Liverpool in January 2013.

He quickly formed a brilliant partnership with Luis Suarez, scoring 24 goals in his first full season at Liverpool and earning a place in the PFA Team of the Year as they narrowly missed out on the Premier League title.

But that’s as good as it got for the striker, who became hampered by a series of injury problems and was gradually phased out of the starting XI by Jurgen Klopp.

He left the Reds on a free transfer at the end of the 2018-19 season, having scored 67 goals in 160 appearances in all competitions.

The 32-year-old has since had spells at Turkish side Trabzonspor and Australian side Perth Glory but currently finds himself without a club.

Admittedly, we’d forgotten that Moses even played for Liverpool.

But he joined the Reds on loan from Chelsea in the summer of 2013 and hit the ground running with a goal against Swansea City on his debut.

The winger failed to build on his promising start and that strike in South Wales proved to be his only Premier League goal for Liverpool, but he did find the back of the net in an FA Cup clash against Bournemouth.

Raheem Sterling’s emergence in 2013-14 also saw the former Nigeria international fall out of favour, restricting him to just 22 appearances in all competitions.

Moses had further loan spells at Stoke and West Ham before eventually finding his feet at Chelsea, winning the Premier League title in 2016-17 while playing as a right wing-back under Antonio Conte.

The 31-year-old then had a spell at Fenerbahce and briefly reunited with Conte at Inter Milan before moving to Russia with Spartak Moscow.

After signing for Liverpool on transfer deadline day in January 2011, Suarez made his debut as a substitute against Stoke City 48 hours later and marked the occasion with a goal inside 16 minutes.

The striker took some time to adapt but soon went from strength to strength and was virtually unstoppable in 2013-14, contributing 31 goals to Liverpool’s doomed title charge.

He left for Barcelona at the end of that season and enjoyed six illustrious years at Camp Nou, winning four La Liga titles, four Copa del Reys, the Champions League, the UEFA Super Cup and the FIFA Club World Cup.

The Uruguay international then spent two seasons at Atletico Madrid, winning another Spanish title, before returning to boyhood club Nacional in 2022.

On This Day in 2011, Luis Suarez made his debut for the club against Stoke and did this 🔥 #LFC pic.twitter.com/zE1s5WOtXT

A tribute to Daniel Sturridge, an underrated Premier League legend