Lautaro Martinez next? The 3 Argentinians to play for Arsenal 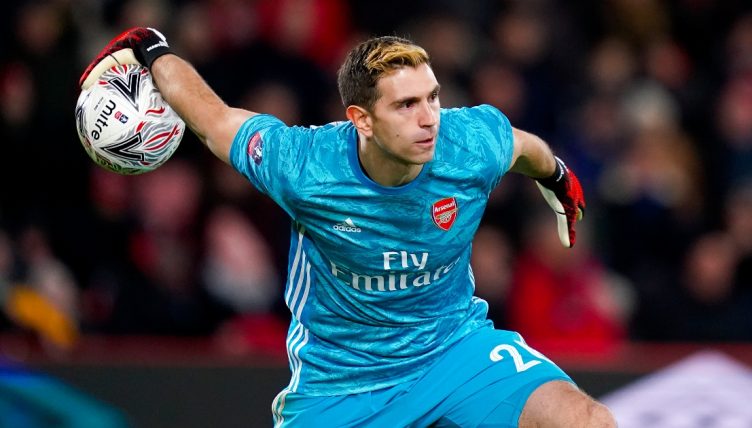 From Diego Maradona to Gabriel Batistuta and Hernan Crespo to Lionel Messi, Argentina has constantly churned out exceptional football players – but Arsenal have largely steered clear of the country.

The Gunners have been linked with a move for exciting Inter Milan and Albiceleste striker Lautaro Martinez this summer as Mikel Arteta looks to bolster his side. But he would only be the fourth Argentine to play for the club.

Could he recreate Sergio Aguero’s Premier League success? We take a look at the only other three to have donned the famous red shirt at either Highbury or the Emirates…

Martinez moved to north London from Independiente 11 years ago, and never gained much of a look-in until 10 years later, enjoying glamorous loan spells with Oxford United, Rotherham United and Sheffield Wednesday in the meantime.

The shot-stopper became an Arsenal fan-favourite late in his Gunners career, however, stepping in for Bernd Leno at the end of the 2019-20 campaign after the German was injured after the season restarted.

Martinez’s excellent displays helped the club to a 14th FA Cup title. So there were plenty of furious fans when he was sold to Aston Villa in the summer for just £20million. In the time since he has become one of the top-flight’s best goalkeepers and lifted the Copa America as Argentina’s No.1 this summer.

We jump back 20 years to find Martinez’s first compatriot at the club. Right-back Nelson Vivas played 63 times for the Gunners between 1998 and 2001.

Arsene Wenger splashed a cool £1.5million on the Boca Juniors man to play as back-up to both Lee Dixon and Nigel Winterburn, but Vivas still started 18 games in his first campaign at Highbury.

He only scored one goal in north London and it came in the League Cup against Derby County, but he missed a penalty against Middlesbrough in the same competition during the following campaign, bowing out in the subsequent shootout.

Vivas was loaned out to Celta Vigo in 2000 before being sold to Inter Milan a year later. He eventually retired back in his home country in 2005 before stepping into management, where he kept a low profile…

Nelson Vivas auditions for the Incredible Hulk after being sent off during Boca-Estudiantes. pic.twitter.com/7wgPCkT2E2

Are you even a proper Arsenal fan if you didn’t see either of Caballero’s two appearances for the club?

The striker was signed on loan from Paraguayan outfit Cerro Porteno just a couple of months after Vivas arrived in North London and he stayed until the end of the campaign before returning to South America.

He made it onto the pitch for a total of 45 minutes, coming on for Freddie Ljungberg against Middlesbrough in the Premier League and Dennis Bergkamp in a 5-0 League Cup defeat to Chelsea at Highbury.

After his spell with Arsenal, Caballero set off on his travels, playing in Scotland, South Korea, Cyprus, Guatemala, Chile and Greece in the following 12 years. Get that man a scratch map.

How Arsenal targets Odegaard and Maddison compare since 2019-20