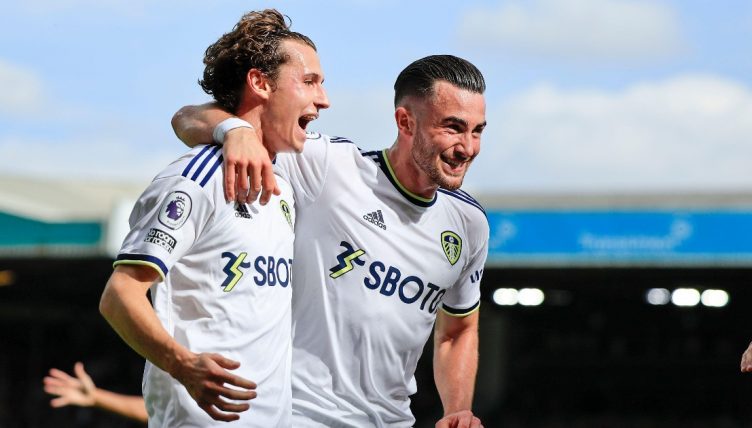 Having only stayed up by the skin of their teeth last season, Leeds were outsiders against Thomas Tuchel’s side, especially after their dismal record against the Premier League’s European elite over the past 12 months.

But Jesse Marsch’s men have enjoyed a strong start to the season and took that momentum into the clash with Chelsea, producing a sensational display.

The opener came through US international Brenden Aaronsen, who scored his first goal for the club after pressing Edouard Mendy into an error. Rodrigo then doubled the Whites’ advantage a short while later, heading in a cross from a free-kick.

From there, Leeds comfortably held onto their two-goal advantage, eventually making it three midway through the second half as Rodrigo turned provider for Jack Harrison.

Leeds’ great afternoon was sealed a short while before full-time, when Kalidou Koulibaly was dismissed for a second yellow after a cynical foul on Joe Gelhardt.

“I love it here, I love our fans, our club. You have to enjoy it, this business is not easy,” Marsch told BBC Radio 5Live after the win.

“I felt like I belonged from day one. The team has to represent the identity of the club and the fan base. They are never out worked and never out run.

“The more we can build on performances, we can really build something. I wish everyone could see how hard these guys work every day. We have felt it in the inside for months now.

“In this league winning is never easy.”

Leeds have now taken seven points from nine available and are guaranteed to finish this weekend in the top four. So far, only Arsenal have taken more points.

“It was a complete performance,” Marsch added in his post-match Sky Sports interview.

“We had a few different plans on what they [Chelsea] would look like and the guys did a good job of adjusting. We wanted to play with aggression but controlled and we accomplished our goals.

“From the first moment I came here I saw this was a special team. This [win] should mean hunger for us to want to improve.

“Our goal is never to be out-run or out-worked but also to add to not being out-fought and if we can add these things together we can build something. You can see it coming together almost right before our eyes. It’s a good sign but there’s still so much more to do.”

Here are 14 impressive stats from the big Leeds win.

– This was Leeds’ first victory against historic rivals Chelsea since December 2002, when goals from Jonathan Woodgate and James Milner secured a 2-0 win. Leeds lost six and drew two of the previous six meetings with the Blues.

– Jack Harrison has now assisted Rodrigo in every game of the season so far. The new Harry Kane and Son Heung-min?

– Harrison sits joint-top of the Premier League assists chart (three) while Rodrigo is top of the scoring charts (four).

What a header that is from Rodrigo! 🔥 pic.twitter.com/otDpmqw5WU

– Tyler Adams registered the most touches (62), accurate passes (34) and joint-most key passes (two) of any Leeds player. The American also made the most tackles (four) of any player on the pitch, while only Kalidou Koulibaly made more interceptions (four to three).

– The scoreline was reflective of the balance of play: Leeds registered 2.66xG to Chelsea’s 0.76.

– At one point late in the second half, Leeds had covered 11km more than Chelsea.

– Chelsea dominated possession but Leeds stopped them creating many clear-cut chances. Illan Meslier made as many saves as his opposite number Edouard Mendy (three).

– Last season, Leeds lost all 12 of their meetings against the Premier League’s ‘big six’, including a 7-0 against Manchester City and 6-0 against Liverpool. In all but two of those games they conceded at least three goals, scoring eight and conceding 47 in total. This season they’ve won against a big six side at the first time of asking.

– Leeds have moved into the top three of the top flight for the first time since September 2002.

– Jesse Marsch has a 40% win ratio in the Premier League. David O’Leary (52%) is the only Leeds manager to have a higher win percentage in the competition (via @LUFCDATA).

– Leeds have picked up six more points than they did in the equivalent fixtures last season.

Can you name Leeds United’s XI from Marcelo Bielsa’s first game as boss?