The last five managers to succeed Marcelo Bielsa – & how they fared 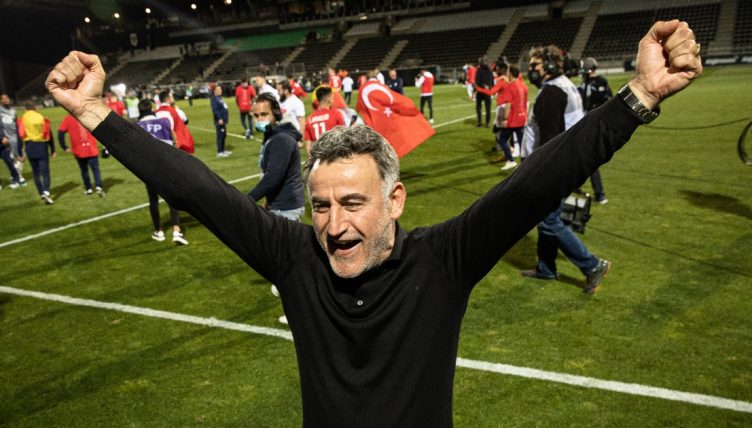 Leeds United manager Jesse Marsch has the unenviable task of following in the footsteps of Marcelo Bielsa, a modern-day icon and one of the most idiosyncratic coaches in history.

Succeeding El Loco will not be easy, and Marsch is finding out, stepping into a relegation battle with mixed results and performances since he replaced the Argentinian.

But how have Bielsa’s successors fared in the past? Often pretty well, as it happens.

There’s usually a period of adaptation away from his man-marking methods, but on more than one occasion Bielsa can be credited as the figure for laying the groundwork for the success enjoyed by his successors. Leeds fans will certainly be hoping that’s the case for Marsch at Elland Road.

Note: we’ve skipped past Bielsa’s stint at Lazio, which lasted all of two days and involved no games.

Bielsa led Lille to just three wins from 14 games in charge – his win percentage of 21% is the worst of his long and storied managerial career. When he was sacked shortly before Christmas 2017, the club were dwindling near the relegation zone in Ligue 1.

A four-man “technical coaching unit” of Fernando Da Cruz, Joao Sacramento, Benoit Delaval and Franck Mantaux took charge during a period of Bielsa being suspended by Lille amid reports the players hadn’t taken to his coaching methods.

But upon his sacking, Christophe Galtier was announced as Lille’s new permanent manager. The respected French coach took time to turn things around – Lille won just two of his first 15 Ligue 1 games in charge before rallying late in the campaign to avoid a relegation play-off by just a point.

From there, Galtier’s Lille went from strength to strength, with their rise one of European football’s most remarkable stories in recent years. It ultimately culminated in their against-all-odds Ligue 1 title triumph last season.

Galtier left shortly after the title celebrations and is now in the dugout at Nice.

Didier Domi salutes the work of Lille boss Christophe Galtier who turned the side from the north of France into Ligue 1 champions! #beINLigue1

Marseille were top at Christmas during Bielsa’s one-season stint at the Stade Velodrome, before they eventually fell away to a fourth-place finish.

Any hope of a renewed title charge were dashed when Marseille allowed Andre Ayew and Andre-Pierre Gignac to leave on free transfers and sold star assets Dimitri Payet and Florian Thauvin.

The Argentinian then stunned French football by announcing his departure minutes after Marseille’s 1-0 defeat at home to Caen on the opening day of the 2015-16 campaign, stating: “I am sad and frustrated. I cannot accept the situation of instability at the club.”

Les Olympiens were left scrambling to find someone to fill the vacancy and called upon former Real Madrid midfield stalwart Michel.

“I have lots of respect for the work done by Bielsa, just as I had for (Ernesto) Valverde when I arrived at Olympiacos,” the Spaniard said upon his unveiling at the Stade Velodrome.

“I am not going to make any comparisons with Bielsa, who I admire and consider to be a great coach. Everyone has their own methods.”

The following April, Michel was sacked, with Marseille sitting 15th Ligue 1 and citing ‘behaviour concerns’ in their announcement.

Another manager that had enjoyed title-winning success with Olympiacos, Valverde had something prove when he succeeded Bielsa for a second stint in charge of Athletic Club. Short spells at Villarreal and Valencia had proven quite so successful.

Valverde had made over 150 appearances as a forward for the Basque club and starting off his coaching career in charge of their reserves, before getting promoted to the first-team role in 2003.

For his role in taking Athletic to two finals, and getting them playing some dazzling football, Bielsa remains as loved in Bilbao as he is in Rosario, Chile and now Leeds. Big shoes to fill, then, Ernesto.

The football under Valverde was a little more refined and a lot less gung-ho than his predecessor, which proved to be a successful formula.

Athletic finished fourth during Valverde’s first season in charge – their highest league placing since 1998 – and went on to win their first piece of silverware in over three decades with a superb Spanish Supercopa victory over Barcelona in 2015 – 4-0 at home in the first leg before a 1-1 draw at the Camp Nou.

Valverde led the club to top-seven finishes in each of his four full seasons in charge, something they’ve not managed since. No wonder Barcelona came calling for his signature in 2017 – and it’s no surprise he led them to back-to-back title victories, either.

Bielsa’s Chile arguably gave eventual champions Spain as good a game as anyone else at the 2010 World Cup. They left quite the impression in South Africa, despite exiting at the Round of 16.

But he quit a few months after the World Cup, after key ally Harold Mayne-Nicholls lost the Chilean Football Federation presidential election.

Bielsa might have been gone, but his trademark high-intensity style was a blueprint for future success.

His immediate successor Claudio Borghi only lasted 18 months and was sacked in November 2012 after five straight defeats.

But the glory days were to come – Jorge Sampaoli’s Chile knocked holders Spain out of the 2014 World Cup and went on to win their first-ever piece of silverware in the Copa America the following year. They retained the trophy in 2016 under Juan Antonio Pizzi.

Many credit Bielsa as the architect of their best-ever side – and from their rabid pressing style, it’s easy to see why.

Top is Hernandez’s first goal against Millwall, bottom is a goal from Bielsa’s time in Chile 😳 #LUFC pic.twitter.com/Aw20flHipB

“I realised the amount of energy which is absorbed by the various tasks which are involved in being coach of the team, and that I didn’t have this energy anymore,” Bielsa told reporters after six years in charge of his home country.

Boca Juniors icon Carlos Bianchi was the early frontrunner for the vacancy in 2004, shortly after Bielsa led La Albiceleste to Olympic gold. But in the end, the job went to long-serving Under-20s coach Jose Pekerman.

The coach took charge until the 2006 World Cup, where he resigned immediately after a quarter-final defeat to hosts Germany on penalties.

Argentina had played some thrilling football at the tournament, particularly in their round-of-16 victory over Mexico, but Pekerman received criticism for making defensive changes against Germany and leaving a teenage Lionel Messi on the bench.