L’Equipe’s top 5 Ligue 1 players of the season have an average rating of 6.026 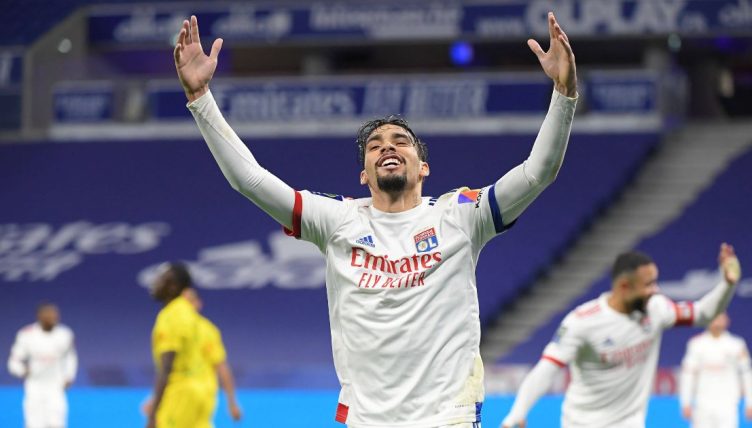 There’s always that teacher at school, the one who is never pleased. You do your best bit of work of the year, an essay you’re sure deserves top marks. As said teacher hands it back, stony faced, you read the grade: “B. Nice effort. Lacked coherence at points.”

If European sports newspapers were teachers, then French daily L’Equipe would be that teacher.

Notoriously hard to please, L’Equipe has given players a full 10/10 rating just 11 times in its history.

This year in Ligue 1, the judges have not been any kinder. After every game, every player gets a 10/10 score. The five best players in the league, going on L’Equipe’s evaluations across the season, currently have an average rating of 6.026 between them.

We’ve taken a look to see who they are and what they’ve done to deserve such, err, lavish praise.

Fofana has managed three assists and one goal – a fine volleyed effort against Dijon. He’s brought some quality and guile to help Lens to sixth in the league.

Most importantly though, Fofana has introduced some all-time classic practical jokes, as demonstrated below. Rate this, L’Equipe.

Andre is pretty low-key but has had a career as solid as the bread we attempted to bake during lockdown. After long spells at Ajaccio and Rennes, he’s now plying his trade for Lille, anchoring the midfield and using his passing technique to release the more exciting players ahead of him.

It’s working pretty well. Lille are top of the league, three points ahead of PSG, and, aged 30, Andre could be heading for the first French title of his career.

After spending most of the past decade between the lower divisions of France and Germany, 28-year-old right-back Clauss has finally got his shot at the French top tier this season.

With Lens so high in the table and L’Equipe handing him a magnificently generous average rating of 6.05, it’s fair to say it’s going pretty well.

We’re still waiting for a first goal from Clauss. When it comes, hopefully it’ll be as good as this effort from 2017 when he was playing for Avranches.

Fonte’s been everywhere, done pretty much everything and has quite the collection of t-shirts. But at 37, he’s still going at Lille and, like Benjamin Andre, is looking to add a first top-tier league title to his medal collection.

He’s clearly not lost any of what made him such a stalwart at Southampton, as L’Equipe have handed Fonte a whopping 6.08 for his displays this term.

After arriving at AC Milan in 2019 as the much-hyped new kid on the block, Paqueta failed to live up to the rather lofty standards set for him by Brazilian Rossoneri predecessors like Kaka, Ronaldinho and Thiago Silva.

After Stefano Pioli came in last year, Paqueta was put up for sale and Lyon, where one-time free-kick god Juninho Pernambucano is now the sporting director, pounced.

Lyon shelled out €20million, which is a decent whack by their standards, but Paqueta is repaying them by replicating the form he showed at Flamengo.

Two goals and four assists might not be the most eye-catching stats, but the 23-year-old is proving he can do more than the flash stuff in the Lyon midfield, adding a combativeness to his game that he once lacked. The harsh critics at L’Equipe have been suitably impressed.

Paqueta seems to be having a jolly old time of it, too. Here he is with his mate Bruno Guimaraes mucking about in the snow at some ski resort or other. Can’t do that in Rio, can you lads?