Messi next? 6 players who won the Ballon d’Or after a great World Cup 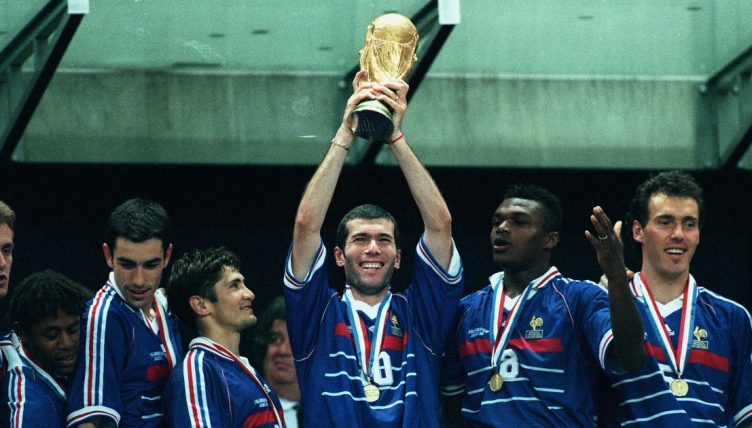 Lionel Messi collected a record-extending seventh Ballon d’Or in 2021 – and many thought it would be his last. But after his astonishing performances in Argentina’s 2022 World Cup triumph, he’s now the hot favourite to win the next award in 2023.

Karim Benzema won the 2022 Ballon d’Or, while Messi failed to even make the shortlist for the first time since 2005. But something tells us the legendary Argentinian No.10 will be picking his eighth golden ball next year – he won his last thanks to his stunning Copa America success in 2021, and the World Cup is an even grander stage.

The Ballon d’Or has a long history of celebrating players who shone at the World Cup, and Messi was simply awe-inspiring in Qatar, deservedly winning the best player award for his starring role in the Albiceleste’s successful campaign.

Here are the six players that have lifted the Ballon d’Or off the back of great World Cups.

The man that broke Messi and Ronaldo’s duopoly of the Ballon d’Or, a run that lasted for a decade.

Modric’s well-deserved Golden Ball wasn’t entirely off the back of his performances at Russia 2018 – he just won a third successive Champions League that year – but they surely sealed it for him. The Real Madrid midfielder was nothing short of magisterial in Croatia’s shock run to the Moscow final.

Modric couldn’t quite drag Croatia over the line, as France ran rampant with a 4-2 victory at the Luzhniki, but he was still awarded the best player of the tournament award. It was only right that the Ballon d’Or followed.

“I cannot say why someone did not attend – that’s their choice,” Modric said, after Messi and Ronaldo snubbed the ceremony. “That is logical, is it not?

“It turns out these choices and trophies only have value when they get them. It is not fair to their playing colleagues, or to the voters who have nominated them for the past 10 years – nor for football or supporters.”

The centre-back was nothing short of a colossus during Italy’s victorious run to World Cup glory in 2006.

He played every minute of the tournament as the Azzurri failed to concede a single goal from open play.

“What we achieved definitely gets me more excited now than in 2006,” Cannavaro recalled years later in an interview with FIFA+. “At the time there was the euphoria and craziness of getting over the finish line. You can’t take it all in straight away.

“Only now, many years later, can you appreciate that history was being written. That event transformed us from regular players into legends. That’s why we get excited about it even today.”

Not only did his performances in Germany earn Cannavaro, 33 at the time, the Ballon d’Or – but also a move to Real Madrid.

Here's Fabio Cannavaro winning two consecutive big headers about 20 yards apart, with about three seconds in between, to set up Del Piero's 120th minute goal against Germany in the 2006 World Cup semi-finals.

Ronaldo became the first South American to win the Ballon d’Or in 1997, after an electric season at Barcelona and world-record transfer to Inter.

Injury hell dogged him in the next few years, but he recovered to produce some of his career-best performances at the 2002 World Cup in Japan and South Korea. The Brazilian won the Golden Ball award for the competition’s top scorer, having notched eight goals, including two in a man-of-the-match display in the final against Germany.

From there a second Ballon d’Or – and a Galactico transfer to the Bernabeu – were an inevitability.

READ: The 4 World Cup stars Real Madrid have signed since 2002

Ronaldo, not Zizou, won the award for the best player at France ’98. But the mercurial midfielder’s performances as Les Bleus claimed their first World Cup on home soil have gone down in football folklore, particularly those two iconic headers in the 3-0 final victory over Brazil.

“He has an internal vision and can make the ball do whatever he wants. But what sets him apart is his drive and we saw that against Brazil. Heading is not his forte, but he was determined to get to those corners and he did.”

The Bulgarian had already established himself as a world-class player by the time USA ’94 came around. He’d scored over a hundred goals and won a fourth successive La Liga title as a star man in Johan Cruyff’s unforgettable Barcelona Dream Team.

But he went to the States as a wounded animal, with a point to prove, having just suffered a 4-0 defeat to Fabio Capello’s AC Milan – a team full of worthy Ballon d’Or contenders – in that year’s Champions League final.

At the World Cup, Stoichkov proved he was truly exceptional, scoring six goals as Bulgaria punched well above their weight to reach the semi-finals. He shared the Golden Boot with Russia’s Oleg Salenko and the Ballon d’Or followed.

Robert Baggio finished runner-up, but the legendary Italian might’ve won it had he not infamously missed a penalty in the Azzurri’s shootout defeat to Brazil.

The man who had made more World Cup appearances than any other player, until he was eclipsed by Lionel Messi in 2022, Matthaus’ finest hour came at Italia ’90.

Italian striker Salvatore Schillaci won the awards for best player and top scorer (six goals), but Mattheus captained Germany to World Cup glory. He produced a commanding midfield performance in the final as Die Mannschaft shut out Diego Maradona’s Argentina with a 1-0 victory in the Stadio Olimpico final.