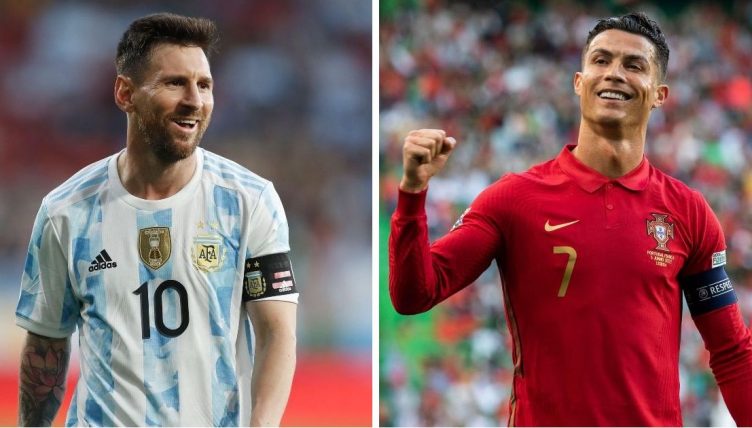 Lionel Messi and Cristiano Ronaldo are unquestionably the two leading players of their generation and arguably two of the finest footballers of all time having broken a number of records between them – but which of the duo has scored more hat-tricks in their career?

Both players have been setting goalscoring records for over a decade now. Messi’s first career treble came during a thrilling 3-3 draw with Real Madrid for Barcelona in March 2007.

Ronaldo’s first career hat-trick came less than a year later when the Portugal international helped himself to three goals against Newcastle United in January 2008.

Messi has eight hat-tricks in the Champions League, which is a record he and Ronaldo currently share. His two most memorable in the competition were against Arsenal (four goals in 2010) and Bayer Leverkusen (five goals in 2012).

And another memorable treble came for Argentina against Ecuador in 2017 to send them to the World Cup finals when an ignominious failure to qualify beckoned.

Ronaldo has scored an astonishing 10 hat-tricks at international level, two of which particularly stand out; his treble against Sweden in 2013 enabled Portugal to qualify for Brazil 2014 and his three strikes against Spain in the 2018 World Cup group stage.

Neither player has slowed down in their mid-30s; Messi incredibly scored all five goals during Argentina’s thrashing of Estonia in June 2022 while Ronaldo bailed out Manchester United with hat-tricks against Tottenham and Norwich in 2021-22.

Ronaldo and Messi are the only active players to have scored more than 50 hat-tricks in their careers. They are followed by Robert Lewandowski and Luis Suarez who have 29 and 21 hat-tricks respectively.

But who has the better overall record? We’ve crunched the numbers and compared Messi’s hat-trick record with that of his greatest contemporary.

On this day in 2017, Cristiano Ronaldo hit 100 Champions League goals with a hat trick against Bayern 🎩

Can you name Barcelona’s XI from Pep Guardiola’s last game in charge?