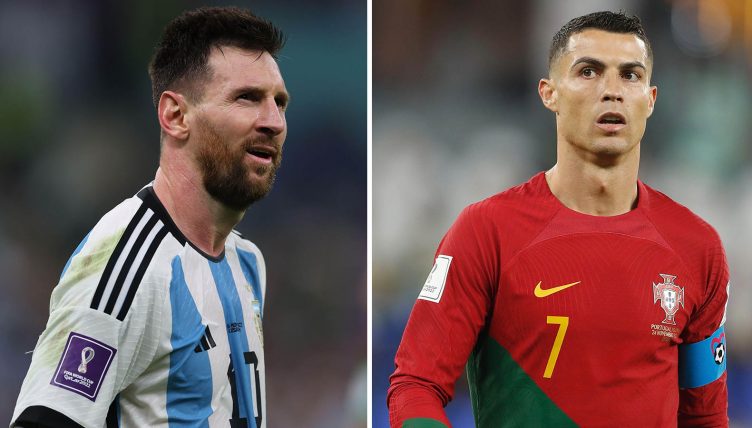 Lionel Messi and Cristiano Ronaldo have defined football for a generation, but they’re finally winding down and the 2022 World Cup in Qatar seems to be their last dance. How have the two modern legends compared at this biggest stage in the twilight of their careers?

Naturally, there’s no shortage of focus on the two captains. Messi comes into the tournament off the back of brilliant form for PSG, with Argentina being talked up by many as the pre-tournament favourites. As ever, there’s noise around Ronaldo, who is officially a free agent after terminating his contract at Manchester United. He departed the club after giving a controversial interview on the eve of the World Cup.

Messi finished runner-up in 2014, with Mario Gotze’s extra-time strike proving the match-winner in a 1-0 victory for Germany over Argentina, while the furthest Ronaldo ever made it was to the semi-finals, where Portugal lost 1-0 by beaten finalists France in 2006.

Mexico veteran Andres Guardado is the only other player to have featured at each of the last five World Cups going back to 2006. This is almost certainly Messi and Ronaldo’s last chance to lift the most prestigious trophy of them all, and the only one that still exudes them both.

Unfortunately for Ronaldo, it looks like he’s missed that last chance, after Portugal suffered a shock defeat to Morocco in the Round of 16. Some have spoken of his ability to keep going into his forties, but it appears as though time is catching up with him.

It would be an astonishing turnaround were he to make the 2026 World Cup as a 42-year-old, and we may well see him announce his retirement from the international game in the coming days.

Like Red Devils boss Erik ten Hag, Portugal manager Fernando Santos decided that his team would be better served with Ronaldo out of the starting XI.

The 37-year-old started each of Portugal’s group-stage games, scoring one goal with the opener from the penalty spot in their first match of the tournament.

However, he was dropped for the first knockout clash, which proved an astute decision as his replacement Goncalo Ramos scored a brilliant hat-trick in a stunning 6-1 victory over Switzerland.

Ramos got the nod ahead of Ronaldo for the quarter-final against Morocco, but Portugal’s all-time top scorer was introduced off the bench in the 52nd minute. Morocco were leading 1-0 at the time and Ronaldo failed to score an equaliser, going on to leave the pitch in tears following the shock loss.

“I am looking forward to seeing him play. It will settle down now. He has done his talking with a couple of interviews,” former Manchester United captain Roy Keane said of Ronaldo ahead of the tournament.

“He has to do his talking on the pitch. I hope he performs on the pitch and I believe he will. He can shut a few people up, all the idiots who have been criticising him. I am lucky to have played with him and am glad to be watching him tonight.”

Keane never quite got his wish, as Qatar 2022 proved to be an underwhelming tournament for Ronaldo, who at least set a new record as the first and only footballer in history to score in five different World Cups.

Portugal and Argentina were kept on different sides of the draw, teasing the prospect to the ultimate climax to the Messi and Ronaldo era, but it wasn’t meant to be.

Messi is still in the competition and two games away from sporting immortality.

“Players aren’t fearful of Lionel Messi anymore. They are taking the ball off him easily,” said former Manchester United right-back Gary Neville, speaking as a pundit during the half-time analysis of Argentina’s clash with Mexico

“You can’t speak enough about how great this guy is. But honestly the devastation I’ve seen at Old Trafford for 18 months, when a player of such stature has that body language, the impact it has on the players is devastating. He’s walking around the pitch, he’s shrugging his shoulders at them.”

Neville was made to eat his words somewhat when Messi scored a brilliant long-range opener to break the deadlock against Mexico before assisting Enzo Fernandez in a 2-0 win. The pressure was firmly on Messi and his team-mates following a shock 2-1 defeat to Saudi Arabia in the opening fixture. Messi’s spot-kick gave Argentina an early lead but they went on to let it slip.

Argentina then sealed their place in the knockout stages with a relatively comfortable 2-0 win over Poland, but they were made to sweat when Messi missed a first-half penalty.

They subsequently made it past Australia with a 2-1 victory in the Round of 16, before progressing past the Netherlands on penalties following an unforgettably feisty 2-2 draw.

Here’s how their stats in the competition compare.

Minutes per goal or assist

"My phone's not rung yet!" 😂@GNev2 says Cristiano Ronaldo still hasn't picked up the phone and given him a call yet after his his fallout with Manchester United! 👀#ITVFootball | #FIFAWorldCup pic.twitter.com/vcDR7nGHyQ

Shots per 90 minutes (inside penalty area)

READ NEXT: Ballon d’Or No.8 coming? 14 stats that show Messi is on another planet