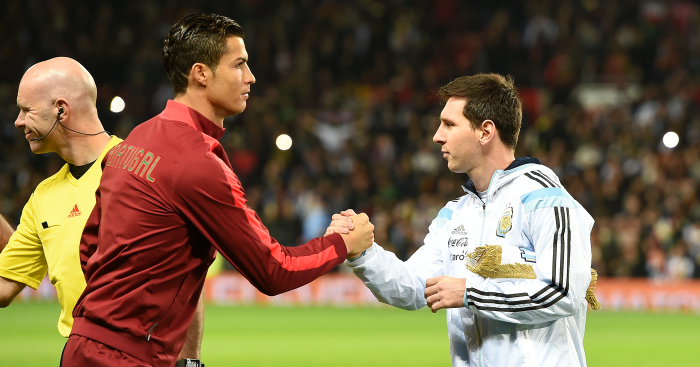 As the undisputed best players in world football over the past decade, Lionel Messi and Cristiano Ronaldo have often been portrayed as being in direct competition with each other.

In all honesty, there’s nothing to suggest these two dislike each other personally. Whether it’s the effective media training afforded to modern footballers or genuine respect for each other, public utterances have normally been full of praise. However, it’d be no surprise if the pair viewed each other as motivation for continuing to push themselves.

We’ve taken a look at some of the defining quotes from their rivalry over the years.

Before the 2009 Champions League final, between Ronaldo’s Manchester United and Messi’s Barcelona, the Portuguese told Sky Sports: “It made me proud to be recognised as the best. I always believed I was the best, but it was an honour to become the official number one – and I still think I am at the top,”

“Sometimes it is clear that if it is a close fight between two players for the European or world player of the year then winning the Champions League can decide the outcome.

“I won it last year because Manchester United won the Champions League and the Premier League, but I also won it because I scored 42 goals myself.”

Messi would have the last laugh in Rome, as Barcelona won the match 2-0.

Fresh from winning his first La Liga title in 2012, Ronaldo was bullish about his ability when compared to Messi.

“Some people say I’m better, other people say it’s him, but at the end of the day, they’re going to decide who is the best player,” Ronaldo told CNN.

For Messi’s part, he always believed that the rivalry was one manufactured by the media rather than one based on genuine loathing.

In 2012, The Telegraph reported him as saying: “only the media, the press, who wants us to be at loggerheads but I’ve never fought with Cristiano.”

Some players play the game, others change the game.

From humble beginnings to legendary status, Lionel Messi and Cristiano Ronaldo have shared the world's stage for 15 years.

We have been blessed to watch them both.

We’ll look back one day and laugh

While the white-heat of competition does not lend itself to perspective, Ronaldo demonstrated some of this quality when pondering on future relations between the pair. This would suggest the rivalry was not as personal as portrayed

“We’re colleagues,” Ronaldo told Marca in 2014. “We’re work friends, so to speak, and so, obviously, we don’t have a relationship outside the world of football, just as we don’t with a lot of other players.

“He tries to do his best for his club and for his national team, as I do, and there is a degree of rivalry with both of us trying to do the best for the teams we represent.

“I hope so (we can laugh about it). Football is a game, a pastime and something we like to do.

“Football is a great thing that everyone likes to watch. We have to look on this rivalry with a positive spirit because it’s a good thing.”

However, a book released later that year suggested something different.

Called MESSI, and written by renowned Spanish football journalist Guillem Balague, it contained a section that gave an insight into how Ronaldo privately viewed his Argentine counterpart.

The Telegraph contained an excerpt from the book that read: “And that is why, according to some Real Madrid players, CR7 has a nickname for him: ‘motherf——r’; and if he sees someone from the club speaking to Leo, he also ends up being baptised ‘motherf——r.’

“In that environment, Ronaldo usually compares their relationship with that between the Republic of Ireland and the United Kingdom. And the Madrid players, with their less than subtle dressing-room sense of humour, have a long list of jokes that include Messi as Ronaldo’s dog or puppet, or kept in a designer handbag belonging to the Portuguese player. And much worse.”

Ronaldo threatened to take legal action against Balague over this publication. 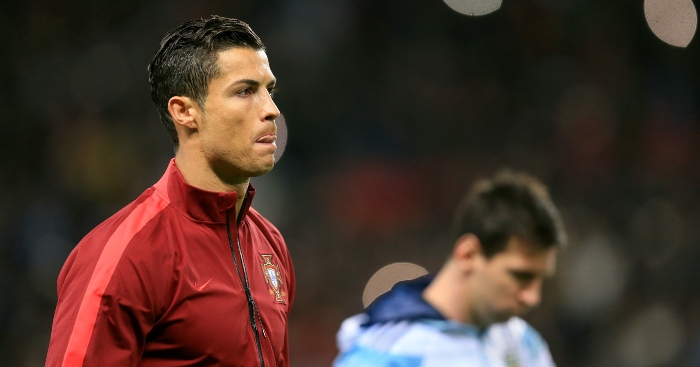 When Ronaldo left Spain to join Juventus in 2018, Messi publically commented that he missed the forward’s presence in La Liga.

“Although it was a bit difficult to see him win trophies, he gave La Liga prestige,” Messi told FM Club 947 in Argentina.

“Juventus are a great candidate to win the Champions League since the arrival of Cristiano, and the match against Atleti must have given them a lot of confidence.”

A genuine recognition of quality from one great to another.

By the summer of 2019, relations were so publically positive that Messi and Ronaldo attended that year’s Champions League draw together. This was an occasion where the mutual love flowed.

“We have shared the stage 15 years. I don’t know if that’s happened before – the same two guys on the same stage all the time,” Ronaldo said.

“Of course, we have a good relationship. We haven’t had dinner together yet, but I hope in the future. We had that battle in Spain. I pushed him and he pushed me as well. So it’s good to be part of the history of football.”

Messi later replied: “If I get an invitation, why not.”

Who would dare suggest that these two don’t get on?

"We have not had dinner together yet, but I hope so in the future." 🙌

Tomorrow, they share a football pitch together once again 🙏pic.twitter.com/HbicSaS6NW