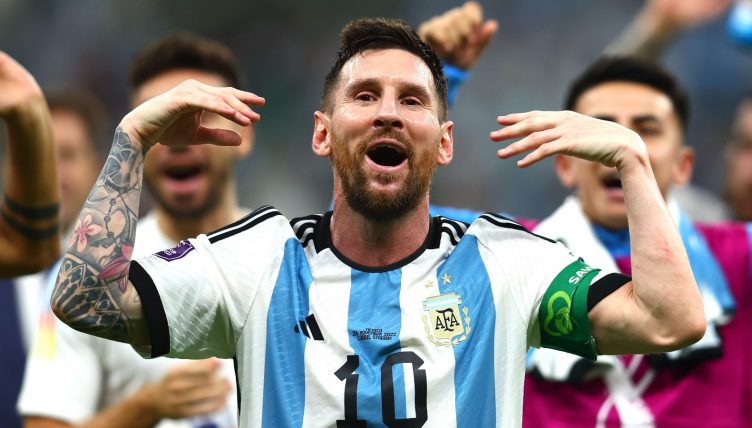 Lionel Messi’s last dance at the 2022 World Cup is must-watch compelling sports drama for the ages.

The biggest trophy in football remains the only one that eludes Messi, and at the age of 35 this is surely his last chance to lift it. He’s now only one game away.

Argentina had been talked up as pre-tournament favourites and it’s not difficult to see why. With Messi as the captain and leader, they won the Copa America last summer and qualified for Qatar 2022 in style, approaching the tournament in superb form, unbeaten in 36 matches.

Despite taking an early lead, they suffered a shock 2-1 defeat to minnows Saudi Arabia in their group stage opener, which put their chances of getting out of the group, let alone triumphing in Qatar, in serious doubt.

However, they’ve bounced back, registering well-deserved back-to-back victories against Mexico and Poland in the group stage before progressing past Australia, the Netherlands and Croatia to make it to the World Cup final against France.

As ever, Messi has been absolutely integral to their strong performances.

“I learned it recently, I didn’t know it. It’s a pleasure to be able to continue to achieve these kinds of records,” said Messi, when it was pointed out to him that he’s now made more World Cup appearances than Argentina icon Diego Maradona.

“I think Diego would be super happy for me because he always showed me a lot of affection, he was always happy when things went well for me.”

After a relatively quiet debut season with PSG, Messi has looked back to his best in the 2022-23 season so far, and seems to be carrying that form into this mid-season World Cup.

Here are 14 statistics that underline just how good Messi has been of late.

– Against Poland, Messi became the oldest player on record (since 1966) to register five or more chances created and completed five or more dribbles in a World Cup match. The previous oldest? Maradona against Nigeria in 1994 (via @OptaJoe)

– No player has created more chances in the history of the World Cup Maradona previously held the record, having created 67. Messi has now created 72 on football’s biggest stages.

– With his goal against Mexico, Messi extended his goalscoring run for Argentina to six successive games (12 goals scored) – his best scoring streak on the international stage. He missed the opportunity to extend that run to seven games with his missed penalty against Poland, but has since got on the scoresheet against the Netherlands and Croatia, while also assisting against both.

– In his last 11 appearances for club and country, Messi has scored nine goals and registered nine assists.

– That works out as a goal every 110 minutes, an assist every 135 minutes, and a direct contribution (goals and assists combined) every 60 minutes.

– With his goals against Maccabi Haifa in the Champions League at the end of October, Messi became the first player from a club in Europe’s top five leagues to hit double figures for both goals and assists this season.

– Only his PSG team-mate Neymar (20) and Man City superstar Erling Haaland (21) have more combined goals and assists than Messi (17) in Europe’s major leagues this season.

– He’s completed 10 more dribbles (47) than any other player in Europe’s major leagues this season.

– In the World Cup so far, only his PSG team-mate Kylian Mbappe and German wonderkid Jamal Musiala have completed more successful dribbles.

– Only Antoine Griezmann (21) has registered more key passes (the final pass before a team-mate shoots at goal) than Messi (18) in the World Cup.

– Only Luka Modric (61) has registered more progressive passes than Messi (39) (via FBref) – that’s defined as a pass that moves the ball 10 yards (30 feet) closer to the goal than it’s been recently, or any completed pass into the opponent’s penalty area. Messi also sits top for completed passes into the penalty area (15).

– Going into the final, Messi sits joint-top for both goals (five) and assists (three).