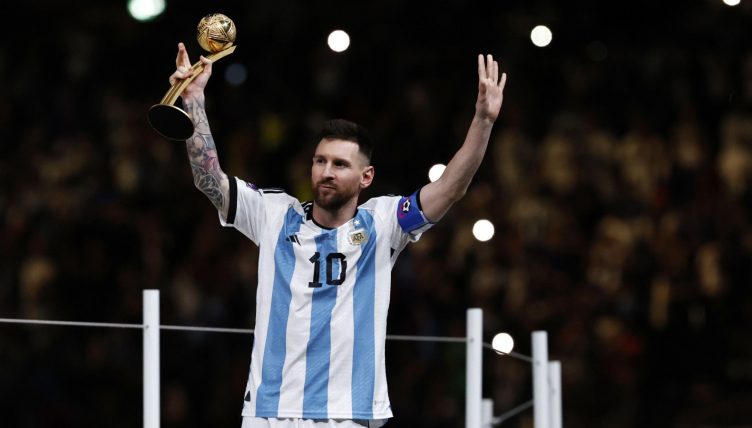 Lionel Messi has well and truly sealed his place in the pantheon of football’s all-time greats by shining in Argentina’s 2022 World Cup triumph in Qatar.

At the age of 35, in his fifth World Cup, Messi has emulated legendary figures like Pele and Diego Maradona by producing some of his football on the biggest stage, eventually lifting the most prestigious trophy in football.

It was the last major honour missing from his collection, and now it can be said that the Argentinian has completed football.

Messi sealed the World Cup in the most dramatic and breathless of circumstances, scoring twice in an extraordinary 3-3 draw with reigning champions France at the Lusail Stadium. He then stepped up to score in the penalty shootout as the Albiceleste triumphed over Les Bleus.

“A sign of greatness is when you make the players around you better, and he does that. That’s not up for debate. He’s a great, great player. It’s great to see him win that trophy,” said Roy Keane, speaking on ITV after the match.

Here are 19 incredible statistics and records than underline Messi’s legacy as one of the World Cup’s all-time greats:

– After starting in the final, Messi has become the player with the most World Cup appearances (26) in history, surpassing Germany’s Lothar Mattheus (25).

– The Argentinian is one of only six players to appear in five World Cups, along with Mattheus, Cristiano Ronaldo, Rafael Marquez, Andres Guardado and Antonio Carbajal. He’s the only player to have registered an assist at five different tournaments.

– Messi is the first-ever South American to score in a World Cup final and a Champions League final.

– At 35 years old, Messi is 10 years older than Diego Maradona was in 1986. At the same age, El Diego had made his final appearance on the international stage and was seeing out his career back at Boca Juniors.

– At the 2022 World Cup, Messi became the first player since Maradona in ’86 to score five or more goals and create more than 20 chances in the same tournament – via @OptaJoe

– No player on record (since Opta started recording in 1966) in World Cup history has been involved in more goals than Messi (21 – 13 goals, eight assists).

– No player in World Cup history has registered as many chances created as Messi. He leads overall (72) and in open play (52) – via @OptaAnalyst

– Messi holds the record for the most Man of the Match awards (11) in World Cup history, picking up the award in 42% of his appearances. He achieved the accolade in five of his seven appearances (71%) at Qatar 2022.

No player had ever won FIVE man of the match awards at a single World Cup before.

Messi did it at 35 🐐 pic.twitter.com/30RPUpWcXD

– Only Maradona has registered as many World Cup assists as Messi (eight).

– Only three players in World Cup history have scored more goals than Messi (13) – Miroslav Klose (16), Ronaldo (15), and Gerd Muller (14). At this tournament he became the top-scoring Argentinian at World Cups, surpassing Gabriel Batistuta

– Messi has become the first player ever to score in the group stage, round of 16, quarter-final, semi-final and final. He scored seven goals in seven games, with Poland (against whom he missed a penalty) the only side he failed to score against.

– No South American player has scored more goals in major international tournaments than Messi. The Argentinian No.10 has surpassed Ronaldo (25) with 26 goals at the Copa America (13) and World Cup (13).