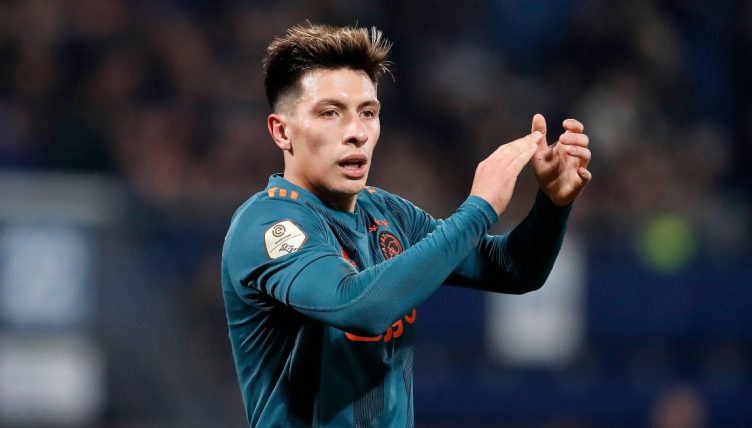 After closing in on deals for Tyrell Malacia and Frenkie de Jong, Manchester United have now turned their attention to Ajax’s Lisandro Martinez.

United have spent around £150million on centre-backs in the last five years but are yet to replace the Rio Ferdinand-Nemanja Vidic axis.

Erik ten Hag had started the summer with Jurrien Timber as his number one defensive transfer target but is now looking to sign Martinez instead.

The Argentina international, who can also play at left-back and in midfield, was taken to Ajax by Ten Hag in 2019 and is reportedly keen on a reunion.

“Martinez is very high on Erik ten Hag’s wishlist, so I expect big developments in the next 24 or 48 hours,” Dutch football expert Marcel van der Kraan said earlier this week. “Martinez will also have his hopes pinned on United, who are an absolute top club for him.

“Ajax will really cash out for Martinez and go to €45-50million, but that is the advantage if two clubs bid, as we saw with Lyon and Manchester United, then it suddenly goes higher.”

According to transfer guru Fabrizio Romano, United are now preparing their first bid for the defender but face competition from Arsenal.

Note: we’ve not included Eric Bailly or Phil Jones due to their lack of Premier League appearances last season.

Manchester United are preparing a bid for Lisandro Martínez. He’s very high in Erik ten Hag’s list, race open with Arsenal that have no intention to give up. 🚨🇦🇷 #MUFC

Once Malacia deal will be signed and official, Man Utd will be on it – while Arsenal are still pushing. pic.twitter.com/sk76B3weRy

Malacia next: The 11 players Man Utd have signed from the Eredivisie