Ones to watch: A Premier League player from every club out on loan in 2017-18 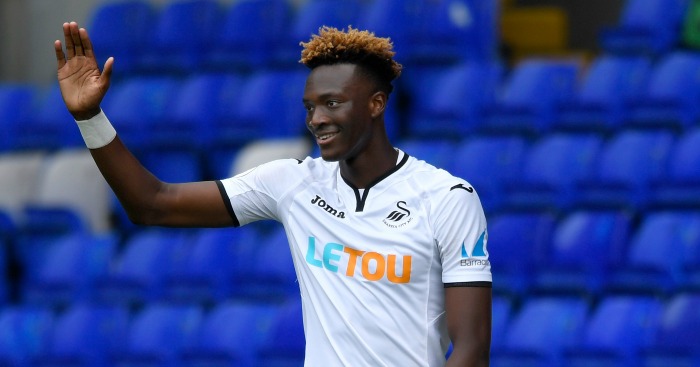 Chelsea, Manchester City and West Ham are among the clubs to have sent prodigious young players out on loan this summer and it will be fascinating to see how they develop with first-team football.

The Premier League is becoming a harder place for young talent as managers battle against rising expectations and the thirst for immediate results.

In honour of the division’s rising talent, we’ve compiled a list of all every top-flight loanee ahead of the upcoming season and picked out one player you should keep your eye on from each club…

One to watch: Having been on the books at Arsenal for seven years now, Emiliano Martinez seems to be rated by Arsene Wenger, but with only 39 league appearances to his name at the age of 24 the goalkeeper needs to prove he’s capable of being a No.1.

One to watch: At the age of 25, Ryan Allsop needs to start playing regular football and he could have found that at Blackpool this season.

Since spells on loan at Coventry in 2014 and Wycombe in 2016 his career has somewhat stalled, but as a goalkeeper there is still time for him to blossom.

One to watch: At 6ft 5in, Christian Walton will literally be a huge presence in goal for Wigan this season as they attempt to escape League One.

The goalkeeper has caps for England at U19, U20 and U21 level and will be hoping to display his potential by playing more matches this season.

One to watch: A product of Everton’s youth academy, Chris Long moved to Burnley for an undisclosed fee in 2015, making only 10 appearances for the first-team before being loaned out. After spending last season in League One with promoted Bolton, the attacker will be looking hoping to improve on his tally of one goal when he represents Northampton in 2017-18.

One to watch: Tammy Abraham lit up the Championship with Bristol City last season and it was suggested he could earn a chance with Chelsea this term.

Instead he’s been sent to Swansea to prove he can cut it in the Premier League. Over to him. 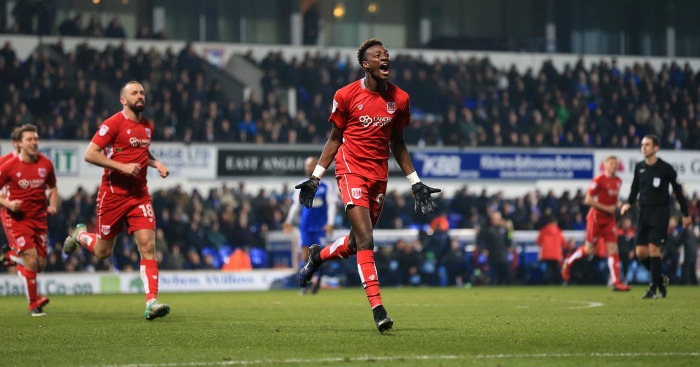 READ: Tammy Abraham and six more loanees who could make a PL impact next term

None. Literally nobody. We have no idea whether this is good or bad, but it is definitely something.

One to watch: Kieran Dowell was a member of the England Under-20 side crowned world champions this summer but was unlikely to get a sniff at Goodison Park due to Ronald Koeman’s wealth of options in midfield.

Matthew Pennington is worth a mention for becoming Leeds United’s 100th loan signing since relegation.

One to watch: It was a meteoric rise for Jack Payne last season when he went from Southend United in League One to helping Huddersfield to promotion to the Premier League.

Payne played a part in the Terriers’ rise, playing in 27 matches and scoring two goals on their way to the promised land. This campaign he has taken the drop back through the leagues to represent Oxford United but at 22 – and with little chance of playing in the Premier League this season – he can afford to do that.

One to watch: Bartosz Kapustka, who made three cup appearances for Leicester last season, signed for Leicester in August 2016 for a reported fee of £7.5m.

At 20, he has plenty of promise having already played for the Polish national team on 14 occasions. A season in the Bundesliga with Freiburg will do him good and Foxes fans will be keen to see how he gets on this term.

One to watch: Pedro Chirivella made five appearances in Liverpool’s first-team in 2015-16, leading to a loan spell at Eredivisie club Go Ahead Eagles last term before joining another Dutch outfit Willem II ahead of the new season.

Jurgen Klopp obviously sees his development best served outside of England for now after the youngster missed out on Liverpool’s pre-season squads for trips to Hong Kong and Germany.

One to watch: Take your pick from any of the trio to join Girona. Since Douglas Luiz is the most recent promising youngster to arrive at City – and with a good pedigree in Brazil – we’ll plump for the attacking midfielder.

One to watch: At the age of 24, Sam Johnstone’s latest move to Aston Villa marks the 10th loan spell of his career, making over 100 appearances for various clubs.

However, he is yet to make one for United and the goalkeeper will be hoping this latest spell will help him make a breakthrough.

One to watch: After a brilliant first loan spell at Coventry in 2015-16, Adam Armstrong struggled slightly at Barnsley in his first Championship outing last season.

Another go with newly-promoted Bolton could see the undoubtedly talented England under-20 international explode into life.

One to watch: On his loan move to Norwich, Harrison Reed said: “The philosophy here suits me down to the ground, so I’m really excited and very happy it’s done.”

He’s made 32 appearances in all competitions for Southampton over the last four years and a bit of consistency could see become another star off the production belt at St Mary’s.

One to watch: Ryan Sweeney impressed at Bristol Rovers last season, being described as a “revelation” by team-mate Ollie Clarke. Another strong run of games could catch the eye of Mark Hughes.

One to watch: Swansea signed Borja Baston for a club-record fee of £15.5million at the beginning of last term, but with only one goal in the Premier League he has been shipped out to Malaga on loan.

In his last two seasons in Spain he scored 40 league goals and at only 24 he has time to stake a claim for a place as the Welsh club’s leading striker.

One to watch: Mauricio Pochettino, who usually prefers to develop young players under his own guidance rather than out on loan, has bucked the trend with Josh Onomah.

The winger has been on the fringes of the Spurs first team for a couple of years, and now has the chance to prove his quality in the Championship.

One to watch: At National League side Woking in 2016/17, Dennon Lewis is Watford’s only loan departure this summer to League Two outfit Crawley.

One to watch: Yuning Zhang was bought for an undisclosed fee from Vitesse this summer and immediately loaned out to Bundesliga side Werder Bremen. The 20-year-old Chinese striker has already made nine appearances for his national team, scoring twice.

One to watch: Ever since Reece Oxford became the second youngest Premier League starter of all time everyone has been waiting for him to do something out of the ordinary. However, his time on the pitch was limited last season with just five Championship appearances to his name in a loan spell at Reading. Time at Borussia Monchengladbach – and slightly aware from the spotlight – could be exactly what he needs.