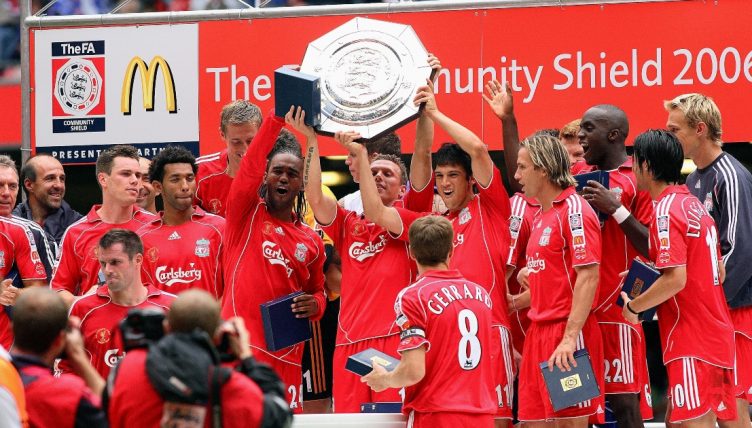 Liverpool beat Manchester City 3-1 in the 2022 Community Shield – but is their success a good omen for the upcoming season?

The Reds have lifted the trophy on 16 occasions over the years but their most recent victory in the competition before 2022 was back in 2006.

We’ve taken a look at the last five times Liverpool won or shared the Community Shield and what happened afterwards.

John Arne Riise’s early goal was cancelled out by Andriy Shevchenko before Peter Crouch headed home the winner in the 80th minute.

“I’m happy with my team,” Rafa Benitez said after the win. “It was important to see the whole of the squad and the work rate of the players was fantastic.

“It’s always important to win against the top sides and it was more important in this case because there was the chance to win a trophy. It will be good for our confidence.”

He added: “Last season we had problems because we only had Cisse with pace. Now we have [Craig] Bellamy, Gonzalez and [Jermaine] Pennant. We have more options – players with quality who can run into space.

“That’s why I say our squad is better than last season. Now we need to continue improving. If you ask how fit are we? Maybe 40%, 50% or 60%, but we will improve with each game and you will see the difference.”

The Reds then lost four of their opening nine Premier League games in 2006-07, including a 3-0 defeat away at Merseyside rivals Everton.

Benitez’s side eventually started to rediscover their best form and move up the table while mid-season signing Javier Mascherano made a big impact.

Liverpool finished third in the Premier League for a second consecutive season but their return of 68 points was 14 fewer than they’d managed in 2005-06.

They didn’t go very far in either the FA Cup or League Cup, losing to Arsenal in the early stages of both competitions.

It was a different story on the continent as the Reds knocked out Barcelona, PSV and Chelsea en route to the Champions League final.

They faced AC Milan in a repeat of the 2005 final but the Italian side got their revenge, winning 2-0 after Filippo Inzaghi netted a brace.

Gary McAllister scored a penalty in the opening two minutes and Michael Owen’s strike proved to be the winner after Ruud van Nistelrooy pulled a goal back.

“Last season we told the players they were aiming for third place,” Gerard Houllier said. “This time, we will say we are aiming to improve on third place.”

He added: “I still think United’s team is better than mine, although that doesn’t mean we won’t improve and reach their level.”

After beating United, Liverpool followed that up with a 3-2 win over Bayern Munich in the UEFA Super Cup, making it five trophies for the club in 2001.

The Reds suffered a shock defeat to Grimsby Town in the League Cup in October before Houllier then fell ill and had to take some time off, with assistant manager Phil Thompson stepping up to take over caretaker responsibilities.

Thompson had Liverpool at the top of the table after 14 games but they then won one, drew five and lost three of their following nine games. They were also knocked out of the FA Cup by Arsenal for the second-consecutive year.

Houllier’s return in March coincided with an upturn of form that saw Liverpool reach the Champions League quarter-finals and sit second in the league with five matches left to play.

“Hopefully we are 10 games from greatness,” Houllier said in April 2002. “We’re still in contention to win the title and the Champions League. The vision is to win both.”

But they then lost 4-3 on aggregate to Bayer Leverkusen in the Champions League quarter-finals and ultimately finished seven points behind league winners Arsenal.

They still had a then-club record of 80 Premier League points and finished above Manchester United for the first time since 1990-91. 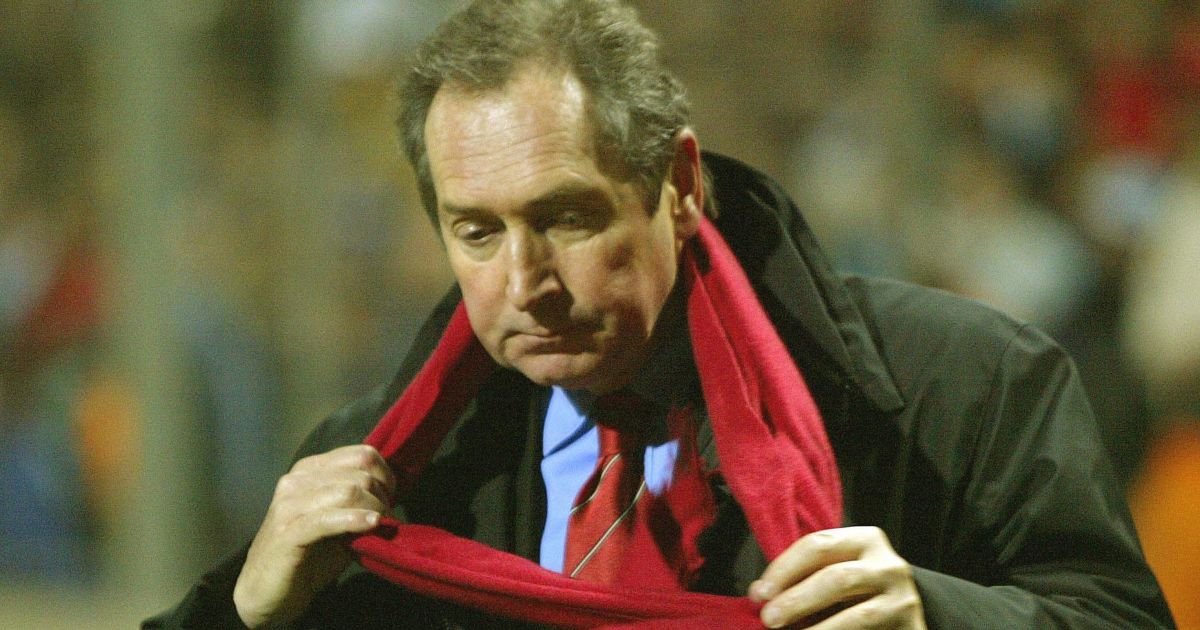 READ: From near-greatness to full disaster: How Houllier’s Liverpool lost the plot

Liverpool also faced Manchester United in the 1990 Charity Shield and the two sides shared the trophy after a 1-1 draw at Wembley.

The Reds then began the league campaign in brilliant form, winning their first eight league games and enjoying a 15-match unbeaten start.

But they lost 3-0 to Arsenal in December 1990 and the Gunners took their place at the top of the First Division a few weeks later.

Manager Kenny Dalglish stunned Liverpool by resigning in February 1991 and Ronnie Moran was placed in temporary charge until the arrival of Graeme Souness two months later.

They then lost six of their 15 league games under Moran and Souness in 1990-91 but still finished second, seven points behind Arsenal.

The Community Shield also proved to be Liverpool’s only trophy of the season as they were knocked out of the FA Cup by Everton and lost 3-1 to Manchester United in the League Cup.

As FA Cup holders, Liverpool faced Arsenal in the 1989 Community Shield and Peter Beardsley’s goal gave them a 1-0 win over the Gunners.

The Reds made a strong start in the First Division and won five of their opening eight games, including a 9-0 victory over Crystal Palace.

Their league form then nosedived during a six-week spell in October and November, losing against Southampton, Coventry City, QPR and Sheffield Wednesday.

But Dalglish’s side only lost one more league game over the following six months and ultimately won their 18th league title, finishing nine points ahead of second-placed Aston Villa.

In the domestic cup competitions, Liverpool were knocked out of the League Cup by Arsenal but did reach the FA Cup semi-finals, only to then lose 4-3 against Crystal Palace.

Great video this though. Love the fella on 3min with the ciggie in one hand and portable radio in the otherpic.twitter.com/es5y7OyyXQ

Liverpool faced Wimbledon in the 1988 Charity Shield and were looking for revenge after losing to them in the FA Cup final a few weeks earlier.

John Fashanu gave the Crazy Gang the lead but John Aldridge, who missed a penalty in that FA Cup final, netted a brace to give Liverpool the win.

The 1988-89 season was overshadowed by the Hillsborough disaster as 95 Liverpool fans died during the FA Cup semi-final against Nottingham Forest.

A grief-stricken Liverpool won the rescheduled game against Forest and went on to lift the trophy by beating Everton 3-2 in the final.

They then entered the final game of the league season with a three-point lead over Arsenal but the Gunners were their last opponents in 1988-89.

Despite trailing 1-0 in the 90th minute, Liverpool were still at the top of the table until Michael Thomas scored with the last kick of the game and Arsenal won the title on goal difference.