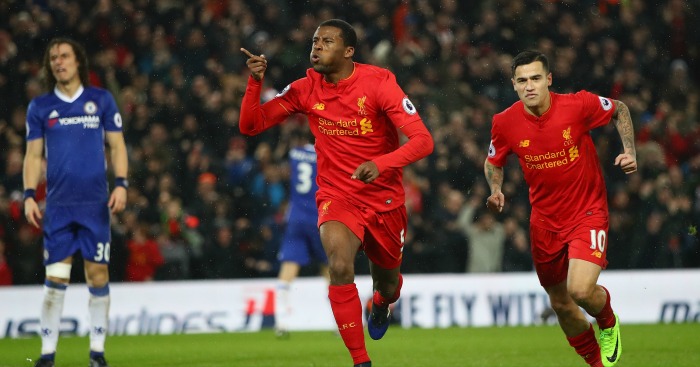 Every fan likes to think they’re the biggest and most committed supporter of their club.

In a bid to prove we’re not armchair supporters or glory hunters, we’ve all got certain stories, matches, or memorabilia to reel off to prove we’ve earned our stripes.

One Liverpool fan, however, took things to the next level when he cycled from South Korea to Merseyside to see his beloved Reds play.

Jungyu Lee set off in June and travelled through 12 countries in order to witness Liverpool’s clash with Chelsea at Anfield on Tuesday night.

Unfortunately, it escaped Lee’s mind to purchase a ticket for the match and he arrived at the stadium only to discover he would not be able to get into the ground, and eventually had to watch the 1-1 draw in a pub.

Thankfully, the story has a happy ending, with Liverpool rewarding Lee’s commitment to Jurgen Klopp’s cause.

Jungyu Lee travelled 17,000km on a bike from Korea to see @LFC play @ChelseaFC but didn’t get a ticket. Today we gave him some good news. pic.twitter.com/fJk66Cb51G