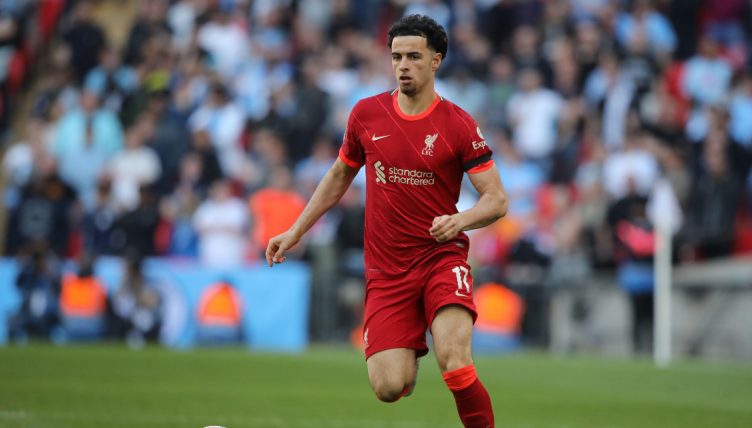 Liverpool are having an outstanding season and are still on course for a historic quadruple, with Jurgen Klopp’s side proving too tough for most teams to face, and they also have an elite core of young talent ready to come through the ranks.

Whilst Liverpool may not be the most popular Football Manager save to start given how successful they are already, anyone looking to sign a wonderkid to boost their team’s hopes for the season should look to Merseyside.

A few talents have already broken through into the first team, whilst others are out on loan whilst patiently waiting for an opportunity to make the squad.

10 wonderkids within Liverpool’s ranks were listed by FMScout, and some have fared better than others in their age group. Here’s how they’re getting on this season.

A handy loan signing for a lower Premier League or Championship side, the 18-year-old centre-back has made 32 appearances in all competitions this season for the Liverpool Under-23 side, and appeared once in the Carabao Cup.

With Virgil van Dijk and Joel Matip performing so well, the imposing defender may have to wait a long time before nailing a starting role, but time is certainly on his side, and he remains highly rated within the club.

A Dutch centre-back at Liverpool? Where have we seen that before?

The 20-year-old is currently on loan at Preston in the Championship, whom he joined in January 2021, where he has been a crucial cog in the backline, making 47 appearances already this season, missing just one league game.

“I think playing-wise, it’s been a very successful season,” he told Preston’s official website in April.

“I’ve played almost everything, even the cup games, and that’s why you come out on loan as well to play as many games as you can.

“Minutes wise it’s been excellent. I’m still feeling well and I still want to play six more 90 minutes so let’s see if I can do that.”

Definitely one to watch.

A successful integration into the Liverpool first team, the English midfielder has already made 71 senior appearances for the club, with eight goals and nine assists in that time.

Jones is only going to get better, and may prove to be a ready-made replacement for captain Jordan Henderson.

He can certainly hit them…

A central midfielder signed from Hoffenheim in 2020, Frauendorf is doing spectacularly well in Liverpool’s Under-18 side, and could very well explode in Football Manager.

The 18-year-old has six goals and six assists in 17 appearances this season, and may represent another transfer coup for Liverpool if he can replicate that at senior level.

The German made his senior debut in the FA Cup win over Shrewsbury in January, coming on as a late substitute for Kaide Gordon, and there should be plenty more to follow.

Signed from Fulham after becoming the youngest debutant in Premier League history, Harvey Elliott looks destined to reach the top.

Still just 19, the winger was outstanding on loan at Blackburn Rovers last season, scoring seven and assisting 12 goals in 43 appearances.

The Englishman has been unlucky with injury since his arrival into the first team, missing large parts of the season with a bad ankle injury, before being sidelined again after making his return against Leicester City in February.

Nevertheless, Elliott develops into a superstar on FM, and will likely do the same in reality.

The 17-year-old has already successfully broken into Liverpool’s first team, with one goal in four appearances coming in the FA Cup.

Signed from Derby County in 2021 for around £3million, there is plenty more to come from a player with remarkable talent. 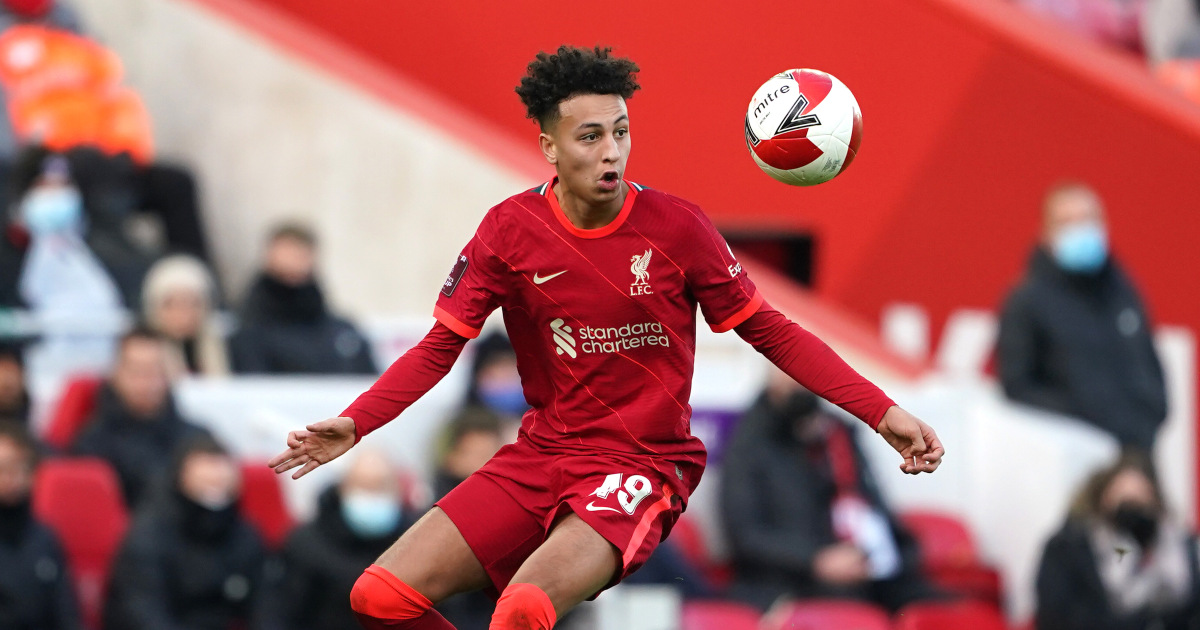 READ: Liverpool’s kids are alright – Kaide Gordon’s goal was made in Kirkby

A 17-year-old central midfielder with 10 goal contributions in 19 games this season for Liverpool’s Under-18 side, Clark would be an excellent signing on Football Manager, either on loan or permanently with a look to the future.

He’s versatile and knows where the goal is. Oh, and he’s the son of Newcastle hero Lee Clark.

Fits the bill perfectly for an FM signing.

Every so often in youth football, a player comes along who simply makes it look too easy, and arguably should be playing at a higher level.

Balagizi is one of them, as his eight goals and 13 assists for Liverpool’s Under-18s don’t quite tell the full story.

A technical attacking midfielder, Balagizi has received a lot of attention for his skill and consistent performances, and a loan spell might see the 18-year-old explode.

Another day another compilation by our man @F9Txrres. 🔥

This time it’s James Balagizi in the spotlight – the youngster has been a revelation for Liverpool this season. 📈

Was formerly on the books of Manchester City until the age of 11. 👀

A tricky winger signed from Poland, Musialowski previously shone for Liverpool’s Under-18s, but has initially struggled to make the step up to the Under-23 level, with just three goals in 12 appearances this season.

Nevertheless, the 18-year-old could prove to be a valuable pickup on FM for anyone needing young depth or a future star.

He does have a bit of Mohamed Salah in him…

Like Musialowski, Stewart shone at Under-18 level, with 27 goals in 25 appearances as a centre forward, but managed just three goals for the Under-23s before tearing a cruciate ligament.

The 19-year-old finally made his return in April, playing for 25 minutes against West Ham in his only appearance this season.

Hopefully more to come from the youngster.