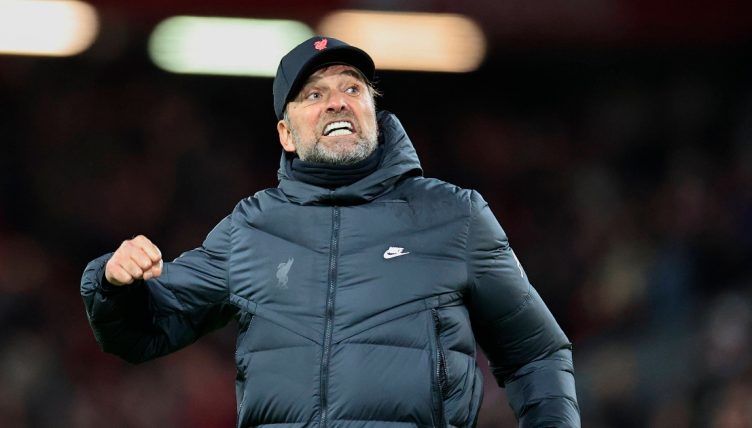 Cast your mind back to the start of 2022, when people were declaring the Premier League title race dead. Liverpool have been in such rampant form that they’ve only taken a few weeks to make many look foolish.

No side in Europe has been in as devastatingly good as Jurgen Klopp’s Reds in 2022, who have produced some scintillating performances – and statement-making results – since the turn of the year.

Not only has their form ensured we’re set for a nail-biting title race, but they also remain in contention for more silverware.

“Of all the problems I have the smallest one is what you said about City,” the German coach said after Liverpool’s 3-1 victory over Norwich.

“There is no day in the week, no minute, actually, when I think about that. We have nothing to do with that, we only have to win our games and see if we come closer or not.

“Outside of that, we fight for a Champions League spot. For that, we need to win games. If we want to go further in cup competitions or win the cup then you have to win games.

“It is the same solution: you solve all your problems with winning football games and that is the only thing we talk about.”

Klopp’s players are certainly delivering when it comes to winning football matches. Here are nine stats that illustrate quite how good they’ve been so far in 2022.

– Since the turn of the year, Liverpool have won nine, drawn two and lost none. That includes nine wins in a row in all competitions (six in the Premier League), dating back to the 0-0 draw against Arsenal in the first leg of the League Cup semis in early January.

– Their aggregate scoreline over that period is 34-6. They’ve kept seven clean sheets in their last 11 outings, conceding more than one goal just once and scoring three or more in six.

– We’re into late February and Klopp’s side boast the Premier League’s top three goalscorers – Mohamed Salah way ahead on 19, followed by Diogo Jota on 12 and Sadio Mane on 11. Raheem Sterling is the only other player to have hit double figures. Salah is also the league’s top assister (10).

– This is all despite losing Salah and Mane for six and seven games respectively during the Africa Cup Of Nations, a tournament in which Liverpool’s star attackers played a major role in Senegal winning and Egypt finishing as runners-up.

– Liverpool have taken four more points (19) than any other side since New Year’s Day. They’ve scored 20 goals in seven league games in 2022, the most in the division, and only Arsenal have conceded fewer (three) in that period.

– After Liverpool drew 2-2 with Chelsea on January 2, Manchester City moved 11 points clear at the top of the table. That was extended to 14 points by the January 15, and was still 12 points as recently as the February 9. By winning all their games (including ones in hand) since then, Liverpool have closed that gap to three points.

– The Reds still remain in with a chance of becoming the first English side in history to win a quadruple. They face Norwich in the FA Cup fifth round, Chelsea in the final of the League Cup on Sunday, and take a 2-0 lead over Inter Milan back to Anfield for the second leg of their Champions League round-of-16 clash. Going strong on all four fronts.

– Klopp’s men appear to be growing stronger as the campaign progresses. Their 6-0 victory over Leeds was not only their biggest margin of victory of the season, but also their highest xG (5.0) and lowest xG against (0.1) in any Premier League game this season – via FBref.

– Against Leeds, Liverpool registered 23 shots to Leeds’ three and 15 on target to Leeds’ two. The Reds registered 63.7% possession and were utterly dominant all over the pitch. Thiago Alcantara registered more passes than any Leeds player despite leaving the pitch in the 68th minute.