We simmed Bellingham at Liverpool on FM23: the results are outrageous 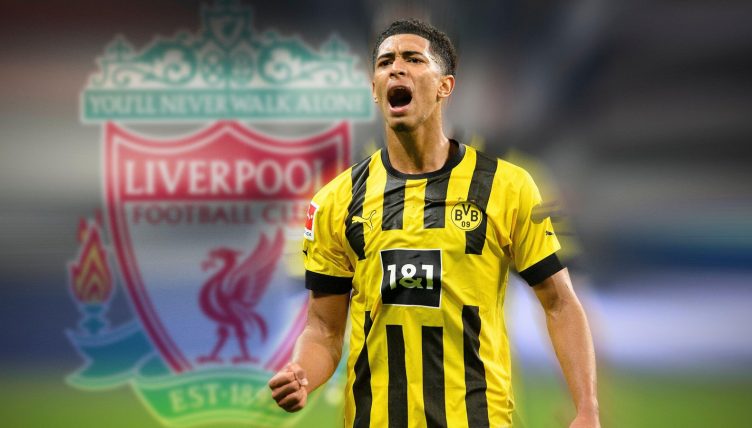 Liverpool are miles off the pace this season. 19 points off the top of the Premier League table at the time of writing and looking incapable of challenging for any silverware this season.

It isn’t dissimilar from the situation they faced in the Covid-hit 2020-21 campaign and we know that Jurgen Klopp was able to recover from that to win two domestic cups and almost win the title the following season, suggesting it might not take much for Liverpool to be on the up again.

The reason they’re so erratic is that Klopp’s high-energy, high-pressing football is inherently risky, meaning it only takes one small break somewhere in the chain for the entire system to collapse in on itself. It doesn’t take a tactical mastermind to work out that the problem this season is in central midfield, where Liverpool have failed to replace Georginio Wijnaldum and are paying the consequences.

They should have signed Jude Bellingham last summer. That much is obvious. But would it really have solved all their problems; put all the pieces back together and allowed Liverpool to capitalise on the wobble at Manchester City?

We took to Football Manager 2023 to find out, transferring Bellingham to Liverpool for £100 million in the summer of 2022 and simulating his first two seasons at Anfield. Here’s what happened.

The season’s end was written into its beginning. The fixture machine gave us Manchester City versus Liverpool at the Etihad as the opening match of the campaign, and the result – a 1-0 win for Pep Guardiola’s team – would prove decisive. Liverpool finished the 2022/23 season second to Man City, losing the title by six points. If only that game had gone the other way, Bellingham would have helped Liverpool to the title.

He was certainly a big presence in an ultimately disappointing year… although, judging by how things are going at the moment, it was still a better year than in real life. Bellingham was a regular fixture at the heart of the Liverpool midfield, starting 33 league games (six goals, two assists) and starting all 12 of their matches in a Champions League campaign that ended with a 3-1 aggregate semi-final defeat to Bayern Munich.

Bellingham scored in Munich in the first leg. He also netted the opener in a 1-1 draw against Man City in the league at Anfield, and assisted Roberto Firmino’s 90th-minute winner at the Bernabeu that sent Liverpool into the final four of the Champions League – the emotional high point of the season.

It’s pretty clear, then, that Bellingham was a net positive to the team. But the best was yet to come.

The 2023-24 season kicked off with a 1-0 win at Southampton courtesy of a 25-yard screamer from Bellingham. It was a result and performance that foreshadowed how the year would go.

Liverpool won each of their first ten league games of the season, thanks in part to the new partnership that was formed between Declan Rice, signed that summer, and Bellingham, with the latter surprisingly picked by Klopp to play at the base of midfield in a rejigged 4-3-3. Such a solid platform saw Liverpool concede just 21 goals in the Premier League, helping to a brilliant return of 96 points – and a first league title in three years.

It was a procession in the end, Liverpool winning by 13 clear points and effectively being confirmed as the new champions as early as January 7, when a 3-1 win over Manchester City put them in a commanding position. Bellingham scored the second goal in that game, as ever being right at the heart of what his team achieved.

In fact, Bellingham finished the campaign with a 7.22 average rating across 30 league games (seven goals, four assists), which was enough to put him in a Premier League team of the season that was unsurprisingly dominated by Liverpool players.

But that wasn’t all. Liverpool bested Man City in the Champions League final, winning 1-0 courtesy of a first-half Luis Diaz goal. Bellingham was, as usual, superb as the pivot of Klopp’s team. 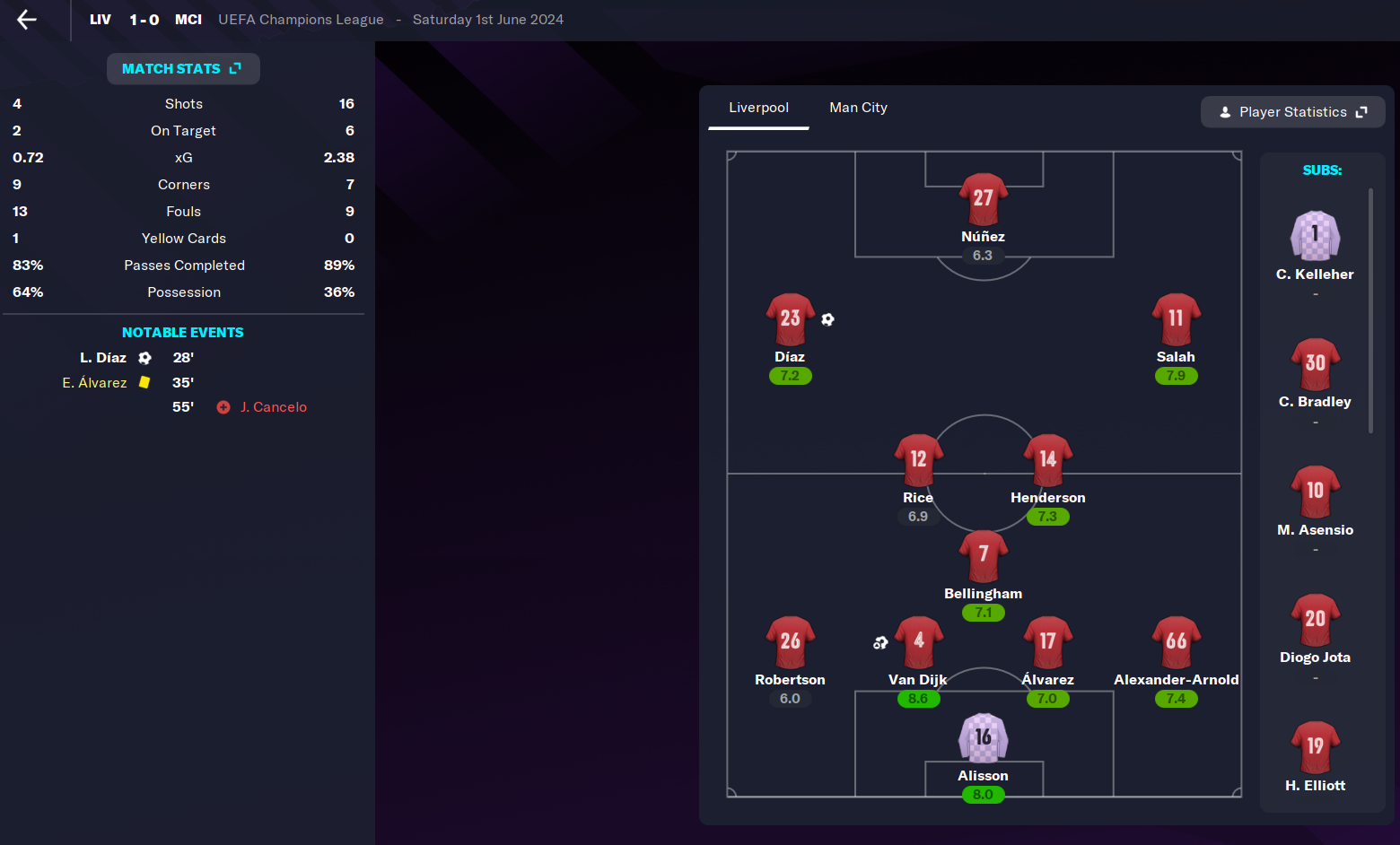 In the real world, Liverpool are badly struggling to take control of matches that seem to veer wildly from end to end. That could not be further from what we saw across two years of Bellingham at the club in FM23, during which time Liverpool were solid as a rock; consistent, defensively resolute, and ultimately hugely successful.

Let that be a lesson to you Jurgen. 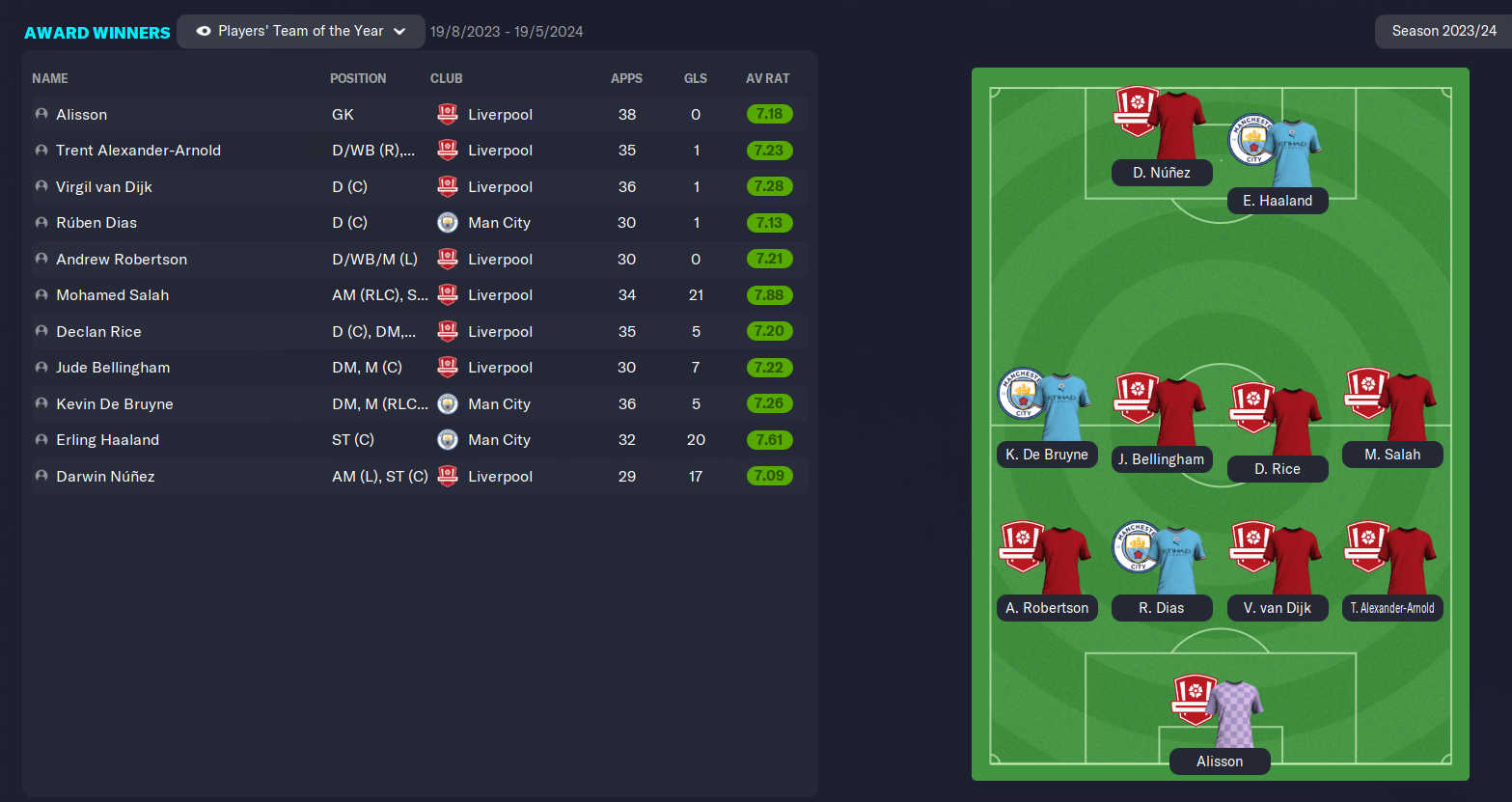