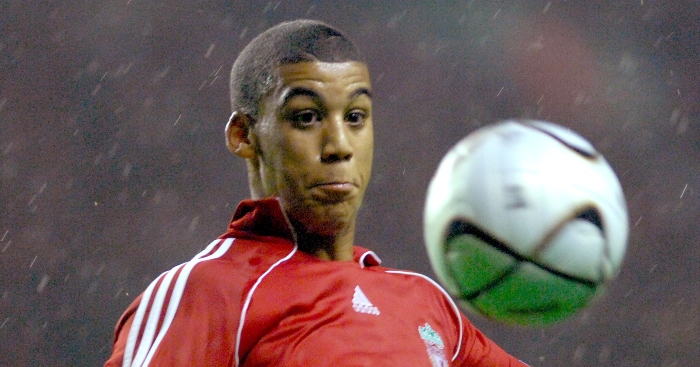 Liverpool have a rich tradition of welcoming academy graduates into the first team, and current boss Jurgen Klopp is following Rafa Benitez’s lead in that regard.

Benite gave senior bows to more than a dozen academy players during his time at Anfield, as well as making the most of local heroes Steven Gerrard and Jamie Carragher, who made their debuts before his arrival.

Here’s what has happened to the last 12 to play their first Liverpool minutes under the Spaniard.

Robinson was the last Liverpool player, academy or not, to be handed a debut by Benitez.

The defender was just 16 when he came on for Ryan Babel in the manager’s final game in charge against Hull in 2010 before playing 10 more times for the Reds.

He joined Sheffield United from Nottingham Forest over the winter but has been unable to break into the Blades’ impressive defence, featuring only in cup games at the time of writing.

Handily, we spoke to him a couple of years ago about leaving Liverpool.

After impressing for the reserves, the forward played six more times that season in a campaign which saw Fernando Torres often absent through injury.

Pacheco was most notably thrown on in a last-ditch attempt to find an elusive third goal in the Europa League semi-final against Atletico Madrid.

More than a decade on, he’s back in Spain, currently in a second campaign with Malaga in the Segunda Division, but has only scored once all season.

When a player is best remembered for a 9/11 conspiracy tweet, it’s generally a sign that his on-pitch contribution wasn’t the best.

Eccleston played nine games for Liverpool, the first of them coming in a League Cup defeat at Arsenal in 2009. He also tweeted: ‘I aint going to say attack don’t let the media make u believe that was terrorist that did it. #O.T.I.S. [‘Only the Illuminati Succeed’].’

The striker’s recent run of clubs is Kilmarnock, Bekescsaba and Nuneaton Town, which reads like a googlewhack.

Ayala was on the bench for that Arsenal game but had made his debut earlier in the same season when he replaced Martin Skrtel in a Premier League victory over Spurs, making his first start against Stoke in August 2009.

A centre-back brought over from Sevilla’s academy as a 17-year-old, the Spaniard played five games for Liverpool – all in the league – and stayed in England after leaving Anfield in 2011.

He has now spent more than six years at Middlesbrough, where he’s… well, we don’t want to say ‘enjoying’ his football, because we’ve looked at the Championship table, but he doesn’t seem too unhappy at least, and has been missed by Boro while out injured.

It’s a bit weird to think Martin Kelly made an England squad for a major tournament. It’s very weird to recall he did so while still at Liverpool.

Kelly had played a career-high 12 league games in the 2011-12 season before replacing the injured Gary Cahill in Roy Hodgson’s Euros squad, but his senior debut had arrived more than three years earlier against PSV Eindhoven in the 2008-09 Champions League.

The defender left Anfield at the end of the 2013-14 season and has managed to ride out various injury setbacks to finally get a decent run in the team at Crystal Palace. He’s still unlikely to get an England recall, mind you.

Martin Kelly missed England training today with a migraine, believed to be the result of his mind boggling at being picked

Spearing’s debut also came in that PSV game, as a substitute for Albert Riera, while he’ll forever remain a great Sporcle answer after coming off the bench in Liverpool’s 4-0 win over Real Madrid later in the same season.

The bulk of his 30 league games for the Reds came under Kenny Dalglish, though he did get three top-flight outings under Benitez, including a start in the infamous ‘Beach Ball Game’ at Sunderland.

Unlike Kelly, the midfielder never earned an England cap and is now playing under former Liverpool Under-23 boss Neil Critchley at Blackpool.

Liverpool-born defender Darby was living the dream in October 2008, making his Reds debut in the Champions League against Atletico Madrid and replacing Champions League winner Xabi Alonso to boot.

It was one of three games he played under Benitez in 2008-09, and one of seven in total which he played for his boyhood club before leaving in 2012.

After a long stint at Bradford and a shorter one at Bolton, motor neurone disease cut his professional career short at the age of 29. He has since become a charity ambassador, telling the Daily Mail: “There’s no point in getting down about it or thinking about it every day.

“That’s a waste of time. At the moment I’m independent although I have symptoms. I still do most things. There’s no point in using that time to feel sorry for myself.”

Plessis was signed as a teenager with a view to spending time in the reserves before being thrust into first-team action, but things can change pretty quickly.

The Frenchman, who joined from Lyon’s academy in the summer of 2007, was thrown in at the deep end when Benitez handed him a start at Arsenal’s Emirates Stadium in April 2008.

Plessis, whose brother Guillaume had a short stint at Everton, left Liverpool in 2010 and has since played in Greece, Portugal, France, Switzerland, Sweden and Doncaster. He was last spotted on the books of SS Capricorne on the island of Reunion.

Liverpool’s 2006-07 Champions League campaign ended with defeat to AC Milan in the final, but it also included a group stage game at Galatasaray in which young Spaniard Miki Roque earned his first minutes for the club.

It was the defender’s only appearance for the Reds before he returned to Spain, joining Real Betis in 2009. While at Betis, he was diagnosed with pelvic cancer at the age of just 22. He lost his battle with the illness two years later, dying in June 2012.

“The game of football really is the most insignificant thing. Rest in peace, Miki,” Benitez wrote upon hearing the news, while Pepe Reina – Liverpool’s goalkeeper in the 2007 final – paid tribute to his former colleague after Spain’s victory in the Euro 2012 final.

Guthrie also featured in that game in Turkey, but his debut came a couple of months earlier.

The Shrewsbury-born midfielder came off the bench for Mohamed Sissoko in a 4-3 League Cup win over Reading in October 2006 and earned Liverpool a fee of £2.5million when he moved to Newcastle after just seven games for the Reds.

After a stint in Indonesia with Mitra Kukar, Guthrie returned to English football in 2019 and has played in more than half of Walsall’s games in League Two this season. 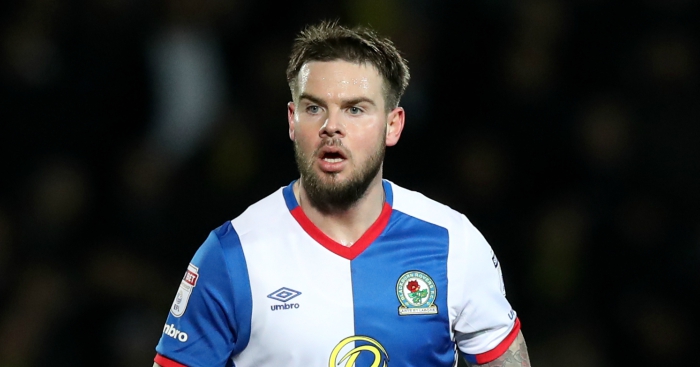 READ: Danny Guthrie: I chose Indonesia over Champ; what else can I achieve in UK?

Peltier started the Reading game, his first Reds appearance of any kind, and one of just four he made for the club before leaving for Yeovil Town in January 2008.

The Liverpool-born defender took the long way round to reaching the Premier League, playing for Neil Warnock’s Cardiff City in 2018-19 more than a decade after his Liverpool debut.

After more than 150 games for the Bluebirds, Peltier left for West Bromwich Albion in January after reportedly falling out with new manager Neil Harris. He is still waiting to make his debut for his new club,

The third debutant in that Reading game, Smith replaced Peltier for the final 15 minutes but never played for Liverpool’s first team again.

He dropped into non-league after leaving Liverpool, playing for Altrincham and Southport, but has not been heard from since leaving the latter in 2014.

If any of you know what he’s up to these days, let us know.