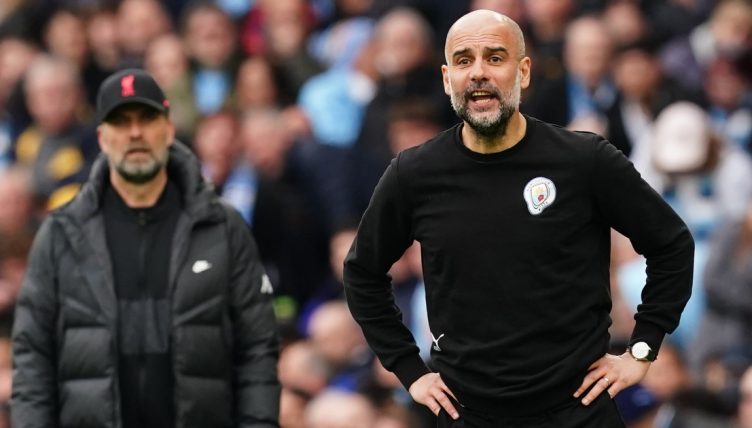 This Premier League title race between Liverpool and Manchester City looks like it could go right down to the wire again.

Two of the best sides in Europe, if not the two outright best in the world, are effectively neck and neck in the hunt for the top spot.

Led by Jurgen Klopp and Pep Guardiola, possibly the two greatest managers in the world, everything about the battle to become English champions is mesmerising.

Liverpool have hunted down City, who at one point looked as if they had the title already in their grasp. But they failed to take the opportunity presented to them in the much-hyped title showdown at the Etihad with a 2-2 draw; a result that keeps things ticking over nice and close at the top, but puts Guardiola’s men in the driving seat.

Man City won’t panic; their squad depth is deep and rich in quality and they will be confident they can put together a run of wins to dismiss Liverpool’s challenge and retain the Premier League trophy.

But where will the league title be won and lost? We’ve gone through both sides’ remaining fixtures and gathered their results in the reverse fixtures to see if we can provide an insight into who might lift England’s top footballing prize.

This will be painful reading for any Liverpool fan. Guardiola’s side have already beaten all of their remaining opponents this season; repeat the results again and the title will be theirs.

City are the defending Premier League champions, and when we look at how they fared in the reverse fixtures of their upcoming games it’s easy to see why.

If they were to repeat their performances this time around, they would end the season on 95 points – the maximum they can manage.

But crunch games include four tough matches at the end of the season. A rejuvenated Newcastle followed by a Leeds side which may well find itself still caught up in a relegation battle and needing points at Elland Road.

Then West Ham away, who might still be in a tight race for European places, before Steven Gerrard’s Villa on the final day, who would love nothing more than to gift his former club the title he was never able to win.

There’s also a to-be-determined trip to Molineux, where they’ve failed to win on two of their last three visits, while Wolves will be hoping to qualify for European competition.

Having had to wait 30 years for their most recent title, Liverpool will be hoping they can pick up two Premier Leagues in three seasons.

Like City, they didn’t lose a single one of the reverse games to the teams that remain for them to face before the end of the campaign.

However they did draw one, and so in their remaining 10 matches, they would pick up 19 points from the last 21 available if they repeated their results. That would leave them on 92 points, with City winning the title on 95 if everything played out as it did previously.

But that isn’t how football works. You wouldn’t put it past Liverpool to win all their remaining games – they’d won 10 in a row before going to the Etihad – and keep snapping City’s heels until the final weekend.

Klopp’s Reds have the tougher run-in on paper, with relegation-battling Merseyside rivals Everton to come at the weekend. Frank Lampard’s men aren’t enjoying a good season, but they would love nothing more than to derail Liverpool’s quadruple charge when they visit Anfield.

They also have a tough match against Antonio Conte’s in-form Tottenham to come – a side they could only take a point from in a wonderfully enthralling 2-2 draw when they met in north London in December.