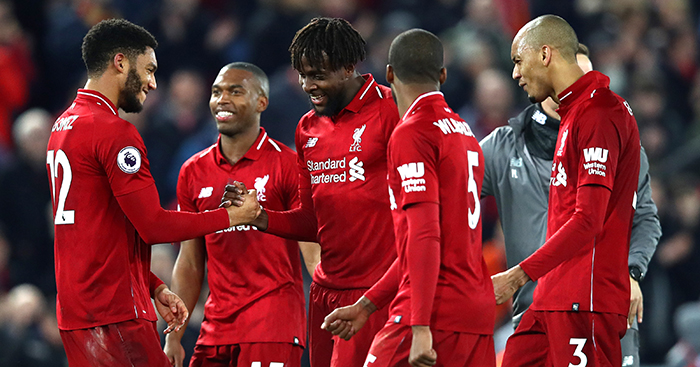 Liverpool are the fourth most commercially-powerful sports club in the world, according to the December standings of the POWA Index, the world’s first real-time sponsorship evaluation engine.

The Reds, whose sponsors include Standard Chartered and New Balance, have moved past Arsenal on the back of their fine start to the season to become the fourth-highest ranked club on the Index (behind Real Madrid, Barcelona and Manchester United) and the eighth most powerful sponsorship platform in the world when taking leagues into consideration.

POWA Index analysis uses artificial intelligence to measure the impact on-field performance has on a brand’s commercial value compared to other brands.

Through its proprietary algorithm, POWA Index analyses trillions of data points across social media reach and engagement, on-field performances and online searches to provide an overall score for each rights-holder.

The NBA sits top of the global table with Real Madrid in second (key sponsors including Emirates and Microsoft), Barcelona in third (Nike and Qatar Airways) and The NFL in fourth.

The Premier League brand has now moved above all of its clubs to become the world’s fourth most powerful sponsorship rights-holder, and with five clubs also in the top 20, the Premier League has the broadest impact in the POWA Index.

By contrast, no other league has more than two of its clubs in the top 20, with the top NFL team in 22nd (New England Patriots) and the highest-placed NBA team in 24th (Golden State Warriors). 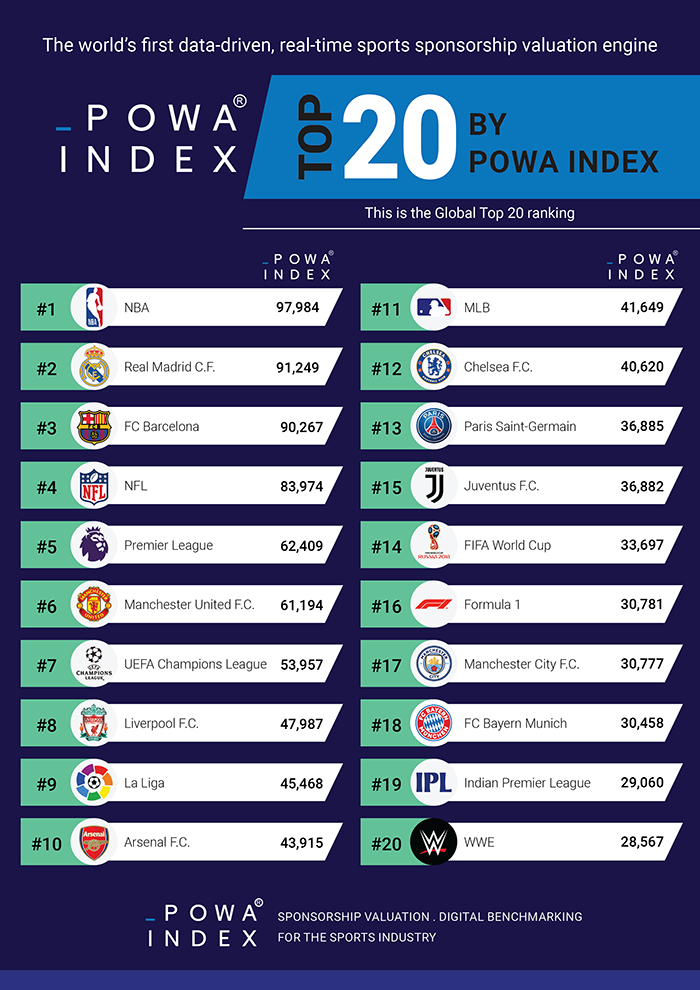 POWA Index CEO Michael Flynn commented: “Liverpool’s growth in the POWA Index has been notable this season. It shows how the substance and style of performances on the pitch can have an immediate impact on global fan interest and subsequently enhance sponsorship value.

“Significantly, all five of the world’s highest-ranked clubs in the POWA Index – Real Madrid, Barcelona, Manchester United, Liverpool and Arsenal – have illustrious histories that have enabled them to build enormous fan-bases.

“However, in order for them to retain their sponsorship value, in an increasingly competitive environment, they will need to keep setting high standards on the field of play.”

The POWA Index releases a range of analysis graphics and tables throughout the year exploring the sponsorship potential of the world’s rights-holders – from the elite through to the minor leagues – including the most searched rights-holders online, and the top performers on Instagram, Facebook and Twitter.

To follow the POWA Index top 20 in real-time visit powaindex.com.