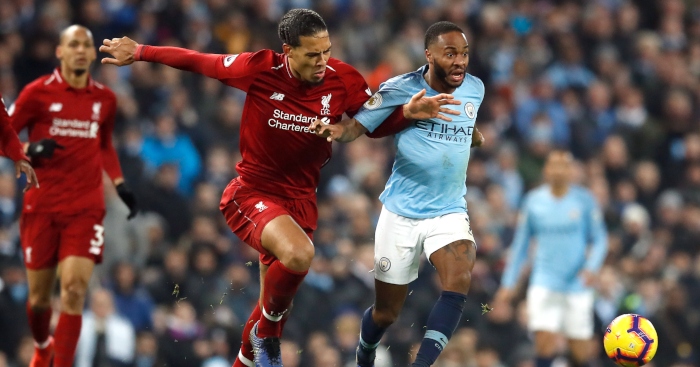 Manchester City and Liverpool‘s title race is almost too close to call – but who are pundits backing to become Premier League champions come the end of the season?

Reigning champions City are currently one point ahead of Liverpool with six games remaining, as the Reds aim to win their first title for 29 years.

And we’ve taken a look at which team the experts think will finish on top.

Robbie Savage: Midway through March, with eight games remaining, Savage consulted his crystal ball to predict Manchester City and Liverpool will win all their final fixtures, resulting in Pep Guardiola’s side snatching the title by a single point.

“On paper, Liverpool could also take maximum points on the run-in,” Savage perceptively noted in The Mirror, and you really can’t argue with that.

Jamie Redknapp: We have to go back to February to look at the next three predictions, which came via the Daily Mail, so we’ll cut them some slack. Former Liverpool midfielder Redknapp plumped for a surprise choice: “City are favourites now… but I still think Liverpool will win it. If they do, it will only be by a couple of points.”

Martin Keown: “I have backed Liverpool to win the league all season, but these next few weeks will be their biggest examination so far,” said Keown, a couple of weeks before Liverpool dropped points at Manchester United and Everton.

Chris Sutton: Often deemed football punditry’s misery guts (we actually quite like him), Sutton bucked the trend by predicting an exciting finish: “This is going down to the wire… with City to win it on goal difference.”

Matt Le Tissier: Over to Sky Sports’ Soccer Saturday boys, who made their predictions as recently as March 20. Le Tiss backed City by a point, adding: “I think there will be one draw for each team from now until the end of the season.”

Phil Thompson: Who the f*ck do you think? Liverpool by three points.

Tim Sherwood: Stop laughing, you at the back. Sherwood tricked us all towards the end of February, starting an interview with Sky Sports by saying how City are prioritising the Champions League before concluding: “I backed City at the start of the season and I won’t change my mind because they will catch Liverpool.”

Michael Owen: The title race will come down to “a flip of a coin”, according to Owen, who is firmly on the fence and refused to make a prediction in every recent interview we’ve read of his. Coward.

Alan Shearer: “I am not one to keep on changing my mind like a few people have,” Shearer told the BBC in February. “Who will win it? Well, I picked City at the start of the season, so I am going to stick with them.”

Ian Wright: Towards the end of March, Wright predicted both sides’ remaining fixtures and came to the verdict on Liverpool: “One point, they’ve done it by one point!”

Gary Neville: Considering his history, the Nevler has been pretty complimentary towards Liverpool but told Sky Sports in February he thinks the Reds need a buffer at the top of the table with a few games remaining: “If they are behind City or even level then I think it will be City’s title, as they have the experience of holding their nerve.”

Jamie Carragher: We have to go back to January for anything approaching a firm prediction from the former Liverpool hero, who told Sky Sports: “I think it’s maybe 50-50, slightly in City’s favour, and I think they’ll fancy their chances.”

Result: Overall, eight of the pundits we’ve selected have backed City to remain in first place come the end of the season. Four have plumped for Liverpool to end their title drought, while Michael Owen has splinters in his arse.