Where are they now? The last 10 Liverpool players that left on a free 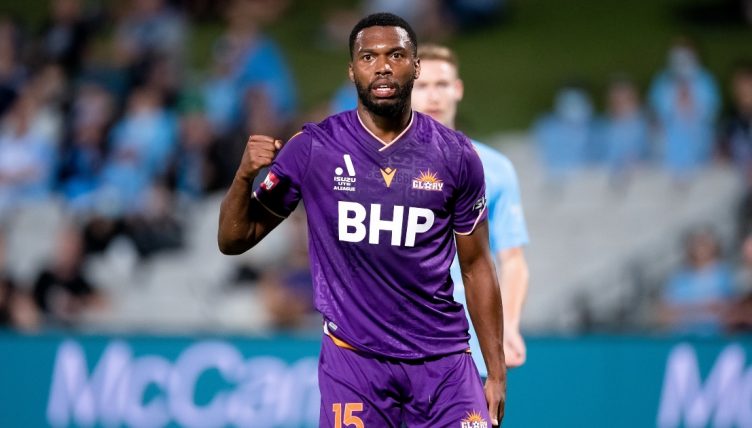 Liverpool’s transfer activity has been lauded during Jurgen Klopp’s successful reign, but even the Reds haven’t always acquired fees from other clubs for the services of their disposable first-team assets.

We are seeing more and more players in the modern game depart clubs for free. It’s now commonplace to see not just run-of-the-mill professionals but also stars in Europe run down contracts and sign elsewhere on a Bosman transfer.

Klopp has suffered this fate with a couple of names in recent windows; ones he might have liked to see stay at Anfield longer. But on many other occasions, the Reds would have simply been content with freeing up space on the wage bill that had been wasted on unwanted fodder.

Liverpool have released 25 players for free since Klopp replaced Brendan Rodgers at the helm in October 2015.

We’ve taken a closer look at the 10 individuals in this extensive list who made more than 10 first-team appearances for the club to see how they’ve fared since leaving Anfield.

Despite being a key man under Rodgers, the Spanish full-back never had the same impact for Klopp. Enrique mainly appeared in cup competitions in 2015-16 as Klopp fielded under-strength lineups.

After his contract expired in the summer of 2016, the former Newcastle United defender returned to his homeland for a brief stint at second-tier side Real Zaragoza before retiring in 2017 due to consistent injury problems.

Since hanging up his boots, he has managed to beat a brain tumour and is now working with his brother in a football agency, representing players at all levels.

Toure revealed his biggest career disappointment was not winning the Premier League with the Reds in 2014: “That’s my only regret to be honest because we nearly won it [the Premier League],” he said in 2017.

The former Ivory Coast international ended the 2015-16 season as first-choice centre-back alongside Dejan Lovren but left the club that summer after not being offered a new deal – Joel Matip’s arrival from Schalke may have influenced the decision.

He called quits on a trophy-laden career in 2017 following a spell at Celtic and is now part of Rodgers’ coaching staff at Leicester City.

Considering Klopp demands his forwards to press from the front, it’s little surprise that Balotelli wasn’t deemed fit for purpose.

The Italy international swiftly moved to Ligue 1 club Nice on a permanent deal in August 2016 after spending the season prior on loan with AC Milan.

As the 31-year-old’s career has shown since – ongoing renaissance at Turkish side Adana Demirspor aside – the German’s judgement was correct.

The Borussia Dortmund midfielder admitted in 2019 that Klopp was “disappointed” by his departure to join Juventus in July 2018.

Can turned down the opportunity to sign a new contract on Merseyside and decided to pursue a new challenge away from the Premier League.

He probably regrets that decision when he looks at Liverpool’s domestic and European success over the last three seasons. Especially when you consider the fact that the Germany international was a regular starter in a midfield trio alongside Jordan Henderson and Georginio Wijnaldum.

Can struggled to establish himself at Juventus and is now part of a Dortmund side aiming to end Bayern Munich’s Bundesliga doimance.

In truth, Markovic didn’t nail down a place under Rodgers or Klopp following his £20million signing from Benfica in 2014 – he played just 23 times during a five-year stay.

But his time at the Cottagers was just as forgettable; he made one appearance as a substitute in the club’s 3-1 away loss to West Ham United.

The Serbia international was released in double-quick time and Markovic returned to his boyhood club Partizan Belgrade, where he remains three years on.

Sturridge was nearly unstoppable as the Reds came agonisingly close to pipping Manchester City to the Premier League crown in 2014.

But injuries took their toll from that point on and the talented striker has seemingly been on a downward trajectory ever since.

After watching on from the bench during Liverpool’s Champions League final victory over Tottenham Hotspur in 2019, Sturridge left Anfield as a free agent that summer.

He joined Turkish side Trabzonspor but was released in March 2020 after receiving a four-month ban for breaking rules around gambling.

The 32-year-old then had a 19-month spell away from the game before joining Perth Glory in October 2021, but he is yet to start a game for the Australian side.

“I keep trying to bring him back [from injury] and he keeps breaking down,” Glory coach Richard Garcia said in February 2022.

Don't let injuries fool you into forgetting that Daniel Sturridge was 🔥 at Liverpool 😍pic.twitter.com/Wp2s1GRCDK

Andrew Robertson’s emergence in the 2017-18 campaign saw Moreno fall out of favour at Anfield. In the summer of 2019, the four-time capped Spain international returned to his homeland with Villarreal after the expiry of his contract.

Despite appearing 141 times for the Reds, Moreno wasn’t always a Kop favourite due to his defensive frailties. But winning the Europa League last season with the La Liga outfit has endeared the left-back to Liverpool fans more than ever, as Unai Emery’s men prevailed in a penalty shootout against Manchester United in the final.

Moreno remains a key squad member in a Villarreal side, who have reached the 2022 Champions League quarter-finals and could face Liverpool if they get past Bayern Munich.

At the start of Klopp’s Liverpool revolution, Clyne was a trusted lieutenant who featured in most matches. Then a certain somebody called Trent Alexander-Arnold emerged…

Alexander-Arnold made his first forays into the side in the 2016-17 season and Clyne was soon considered a back-up to his younger compatriot. A loan spell at Bournemouth was followed by a permanent exit as he returned to Crystal Palace when his contract expired in July 2020.

The Palace academy graduate struggled for regular opportunities during Roy Hodgson’s final season but is starting to establish himself under Patrick Vieira.

After six injury disrupted years at Anfield, Lallana left the club to join Brighton on a high by lifting the Premier League title as his final act in red.

At the start of Klopp’s reign, the midfielder was vital in executing the German’s pressing game, but he slowly transitioned into a squad player as time progressed.

“Adam [Lallana] is one of the founding fathers of the success this current Liverpool side has enjoyed in recent seasons,” Klopp said following his departure.

Lallana has been a bit-part player for Graham Potter’s side over the last two seasons due to a series of injuries.

This was a beautiful moment before KO. Hopefully Lallana comes on for a bit before full time ❤️pic.twitter.com/mz1eUL7rqk

Wijnaldum’s exit to PSG in 2021 was arguably the most shocking free transfer departure during Klopp’s reign to date.

The midfielder rejected a new contract, favouring a switch to the French capital to end a productive five-season stay on Merseyside – his most memorable moment being when he scored a brace in the club’s historic Champions League semi-final comeback win over Barcelona in 2019.

Wijnaldum cited fan abuse on social media as a reason he wanted to leave: “When it went bad, I was the player who they blamed [on social media].”

His time so far in Ligue 1 hasn’t gone to plan. Often having to settle for a place on the bench, Wijnaldum was also one of the PSG players who were booed by their own supporters following the club’s last 16 Champions League exit at the hands of Real Madrid.