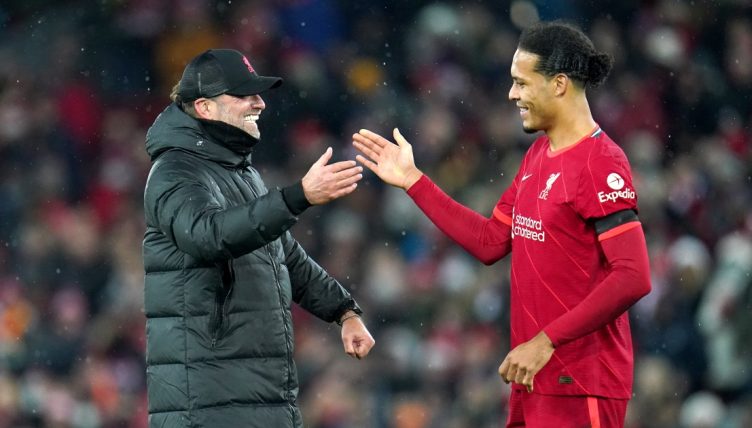 Jurgen Klopp’s Liverpool are enjoying an incredible season – and they could rewrite the history books in the next few weeks.

Liverpool have already won the League Cup after beating Chelsea on penalties and will now face Thomas Tuchel’s side again in the FA Cup final.

The Reds will also play in their 10th European Cup final at the end of May and are currently one point behind Premier League leaders Manchester City.

We’ve taken a look at 11 records that Liverpool or Liverpool players could break before the end of the season.

– If Liverpool add the Premier League, FA Cup and Champions League to their League Cup trophy this season, they’ll become the first English team to win the quadruple.

– Even if they don’t catch Man City in the Premier League title race, they can still become the first English side to win the FA Cup final, the League Cup final and the European Cup final in the same season.

– During the Champions League era, no English side has won the competition twice in the space of five years. If Liverpool beat Madrid, they’ll have two out of the last four Champions Leagues.

– If the Reds beat Manchester City to the Premier League title this season, no English side will have won more league titles than them (20).

– The title race looks set to go down to the wire and Liverpool could even break the record for the smallest Premier League title-winning margin. The current record is 0 points and a +8 goal difference, set by Machester City in 2011-12.

– Klopp’s side are currently 50 points ahead of Everton. If it’s 51 points at the end of the season, it’ll be the biggest lead they’ve ever had over their Merseyside rivals in the Premier League.

– If Liverpool score eight goals in their final two away games, they’ll break the record for most away goals in a Premier League season. The Reds would be breaking their own record as they scored 48 away goals in 2013-14.

– Since the start of the 2006-07 season, no defender has got 16 assists in a top-five league season. Trent Alexander-Arnold is on 12 with four games remaining.

– Liverpool’s Thiago Alcantara could become just the second player to win the Champions League with three different clubs, following in the footsteps of Clarence Seedorf.

– If Sadio Mane scores against Real Madrid, he’ll break Frank Lampard’s record for most goals scored for an English side in the Champions League knockout stages.