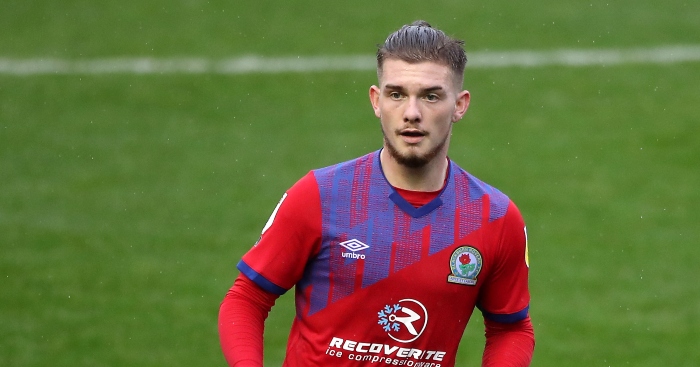 Liverpool loanee Harvey Elliott showed why he is so highly rated with a well-taken goal and an assist for Blackburn Rovers.

Eliott, who made eight appearances for the Reds in 2019-20, joined the Championship side on a season-long loan deal in search of regular first-team football.

Playing the full 90 minutes against Coventry, the 17-year-old notched Rovers’ third goal with a left-footed finish from close-range, becoming the fourth-youngest goalscorer in their history.

The midfielder then showed some impressive footwork before crossing for Sam Gallagher to make it 4-0.

Harvey Elliott's just made a beautiful goal. One flick over the defender, then receives the ball and cuts it back to Gallagher, who scores.

He completed 40 passes at a success rate of 83% and made six key passes – the most of any Blackburn player.

The England Under-17 international was also influential when Rovers were not in possession, making six recoveries and winning two tackles.

Since moving to Ewood Park, his new boss Tony Mowbray has already heaped praise on him, saying: “I think the combination of Elliott and [Rovers striker Adam] Armstrong is going to be something we can really look forward to.

“It seems to me that he has fantastic qualities to go and integrate in areas. Backlines are going to have to be on their metal to stop that.”

We’ve rounded up a number of tweets from Blackburn and Liverpool fans that are already getting excited by the midfielder.

Great win and performance. Credit where due, Bererton was the star man.
Thought Elliott ran the game second half. #rovers

That'll do. Great result for #Rovers and a professional performance. Special mentions for @benbreo, @LewisHoltby and our main man @AdamArma9. Also Harvey Elliott who is a joy to watch. Excellent days work lads 🔵⚪

Michelle Owen "Harvey Elliott at the centre of all things good for Blackburn this afternoon" pic.twitter.com/uO6zKRnTtt

Harvey Elliott gets an assist for Blackburn’s fourth goal. He’s been so impressive this afternoon, a real starboy in the making. I’m tipping Blackburn for promotion if they can keep Elliott fit and injury-free.

2 MOTMs, 1 goal and 1 assist in 2 games for Harvey Elliott. He’s gunna be a superstar and so many people are gunna hate it ahahahaha

Harvey Elliott has been immense for Blackburn today 👐