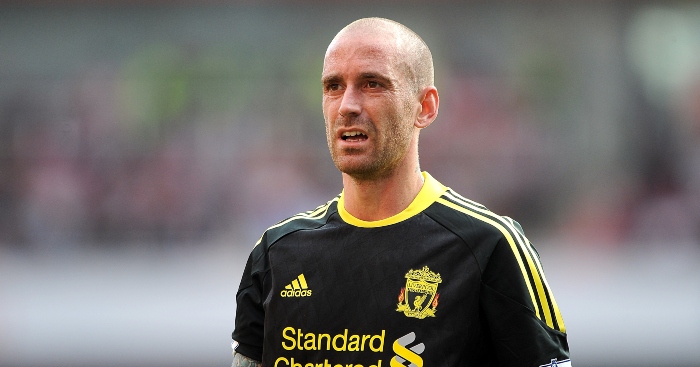 While Liverpool have made some hugely successful big-money signings in recent years, they haven’t always spent wisely in the transfer market.

The Reds have made some astute signings under Jurgen Klopp, but they’re not afraid of splashing the cash when they feel it is necessary.

We’ve looked at how their most expensive signing in each of the last 10 summer transfer windows has subsequently fared.

Liverpool spent £10.7million to sign Meireles from Porto following the appointment of Roy Hodgson in the summer of 2010.

He was even voted the PFA Fans’ Player of the Year but left for Chelsea in August 2011 amid reports he was due a 100% pay rise on Merseyside.

After impressing in the Premier League with Aston Villa, Downing completed a £20million move to Liverpool in the summer of 2011.

The winger never recaptured the form he had shown in the West Midlands, though, infamously failing to register a goal or assist in his debut Premier League campaign for the club.

While Downing had a slightly better second season at Anfield, he left for West Ham in 2013, against absolutely nobody’s wishes.

Nicknamed the ‘Welsh Xavi’ by Brendan Rodgers, Allen reunited with the former Swansea manager to make a £15million move to Liverpool in 2012.

But the Wales international struggled to nail down a regular place in the starting line up during his time at the club and was sold to Stoke City for £13million in 2016.

Sakho arrived from Paris Saint-Germain in an £18million deal in the summer of 2013 and became an instant fan favourite at Anfield.

But the centre-back eventually fell out of favour under Jurgen Klopp after numerous disciplinary issues and was sold to Crystal Palace for £26million in 2017.

READ: The £219million profit Liverpool have made in sales due to Michael Edwards

Liverpool have used Southampton as their own personal shopping centre in recent years, signing three of their key players in 2014.

Lallana was brought in for £25million and it’s easy to forget that he was a key player under Klopp for a long time before untimely injuries took their toll.

He received a Premier League winners medal in 2019-20 before joining Brighton on a free transfer in search of regular first-team football.

It seems hard to believe that Liverpool spent more money on Benteke than Roberto Firmino in the summer of 2015.

The Belgium international’s impressive performances at Aston Villa convinced the Reds to exercise the £32.5million release clause in his contract.

But the writing was on the wall for the striker once Klopp took over from Rodgers, and he spent just one underwhelming season on Merseyside.

Since joining Liverpool from Southampton for £34million in 2016, Mane has continued to go from strength to strength.

The Senegal international has developed into one of the best wingers in the world under Klopp, helping form one of the most devastating front threes in Europe.

Eyebrows were raised when Liverpool forked out a then-club record fee of £36.7million to sign the Chelsea flop from Roma in 2017.

Salah has certainly proved the doubters wrong over the last three seasons, though, scoring an incredible 97 goals in 155 appearances in all competitions at the time of writing.

Having signed Virgil van Dijk for £75million in January 2018, Liverpool continued to splash the cash in the summer transfer window.

With Simon Mignolet and Loris Karius making a series of high-profile mistakes, Jurgen Klopp addressed their problem position with the £66.9million addition of Alisson from Roma.

The goalkeeper has more than lived up to his price tag, playing an integral role in their recent Champions League and Premier League success.

After spending over £200million on new signings in 2018, Liverpool decided to tighten their purse strings in 2019.

Van den Berg joined the Reds from PEC Zwolle in a £1.3million deal before making four first-team appearances in 2019-20.

Jurgen Klopp’s side also signed Harvey Elliott from Fulham, but the two sides are still yet to agree on a compensation fee.