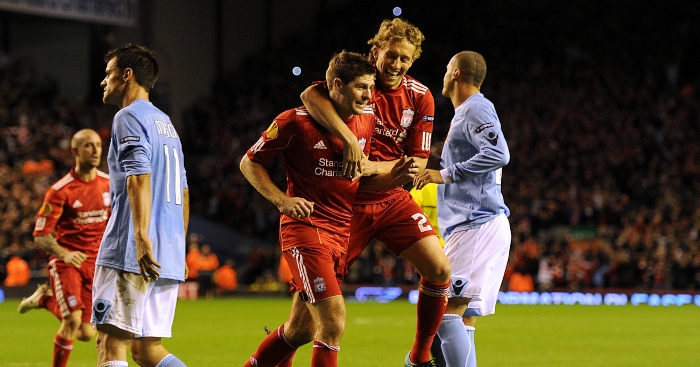 Liverpool didn’t start the 2010s in great shape, but it’s hard to think of another club as healthy as the Reds as we close out the decade.

Just 10 short years after winding down a forgettable campaign as Champions League drop-outs, they’re preparing to add a world champions crown to their European title.

It has been a transitional period, with some of the club’s longest-serving players retiring from the game, but 2019 ends with a new generation establishing itself in the old one’s place. Here are the 11 players with the most league games under their belt since January 2010.

Mignolet was the right goalkeeper for the time he spent at Anfield, even if he might not have been as natural a fit either before or after.

The Belgian joined from Sunderland in the summer of 2013 after impressing Brendan Rodgers with his displays for the Black Cats, starting every single game in the run to second place in his first season and racking up 155 appearances in total.

Pepe Reina, the man who Mignolet replaced, played 121 times in the 2010s before ultimately being forced out by Rodgers.

7 – Since joining @LFC in 2013, Simon Mignolet has saved 7 of the 15 @premierleague penalties he's faced; more than any other keeper. Cat. pic.twitter.com/UaradtuXjJ

Johnson’s time at Anfield feels an age away, but for half of the decade he was a big part of the Reds’ defence.

Signed from Portsmouth by Rafa Benitez in 2009, the England international stayed at the top while his former team-mates dropped down the football pyramid.

The former Chelsea and West Ham man played 143 of his 160 Premier League games for Liverpool in the 2010s and represented England at two World Cups while on the club’s books.

Despite all the jokes around his own goals, Skrtel was a solid performer for Liverpool in close to a decade on the club’s books.

The Slovakian was a sprightly 23-year-old when he joined from Zenit in 2008, and this will surprise those of you who quite rightly can’t imagine Martin Skrtel having ever been in his early twenties.

His 195 Premier League games this decade put him more than 50 clear of any other Liverpool defender in the period, and amounts to more than double the tally of former captain Jamie Carragher in the last three and a half years of his career.

One of the first among many arrivals from Southampton in the 2010s, Lovren outranks his former Saints team-mates when it comes to Liverpool appearances.

The Croatian has appeared 129 times for Liverpool in the Premier League since joining in 2014, outlasting Skrtel, Daniel Agger and Mamadou Sakho, among others. Agger is the only other out-and-out centre-back to reach a century of games in the decade, making it to 109 before departing for Brondby.

Okay, we know we’re cheating a bit with this one, but Milner has spent some time at left-back even if it’s not his favoured position.

Besides, his 140 games wouldn’t be enough to earn him a central midfield berth in this XI, so the former Manchester City man has to make use of his versatility.

Alberto Moreno, the most regular conventional left-back, trails Milner with just 90 league appearances in his four years at Anfield.

Klopp on Milner: "When he looks back on his career he will think about the season he played at left-back when he learned a lot about football." pic.twitter.com/b48wpuUn4K

It’s no surprise to see the current captain in here, seeing as he spent almost the entire decade as a Liverpool player.

The Champions League-winning skipper took some time to settle after joining from Sunderland in 2011, but he played an increasingly importable role under three different managers as the 2010s progressed.

His 255 league games put him more than 50 clear of his nearest challenger, and more than 70 clear of the closest midfielder…

Lucas is the man who came closest to Henderson, playing 184 times in the Premier League since January 2010 (and more than 240 times in total for the Reds). And the Brazilian remains a popular figure both with Jurgen Klopp and with Liverpool fans, despite leaving for Lazio in 2017.

His time at Anfield this decade saw him play under Benitez, Klopp, Kenny Dalglish and Roy Hodgson, and his top-flight minutes were supplemented by a spot in the matchday squad for the 2016 Europa League final.

Gerrard might have left English football in 2015, seeing out his career with LA Galaxy, but half a decade was more than enough time for him to get his name in this XI.

The former captain racked up 154 appearances in the Premier League after the turn of the decade, bringing his overall total for the club up to 504.

He even scored in his final league game for the club, but he probably won’t want reminding of that particular outing.

Perhaps the best example of a player helping Liverpool move from the start-of-decade misery to the joy we see now, Coutinho played 152 league games for the club after joining from Inter in January 2013.

The tally sees him comfortably edge out current Reds Adam Lallana and Georginio Wijnaldum for the final midfield spot, with both of them down on 120.

Coutinho managed to contribute 41 league goals in that time, including a career-high 13 in the 2016-17 campaign as Liverpool finished fourth.

The third Brazilian to make the cut, Firmino approaches the end of the decade with 154 Liverpool games and counting.

Despite coming of age under Jurgen Klopp, the former Hoffenheim man was actually a Brendan Rodgers signing, arriving for just shy of £30million in the summer of 2015.

He is on track for a fifth straight season with 30+ league games but has some work to do to hit double figures in the league for the fifth year running. 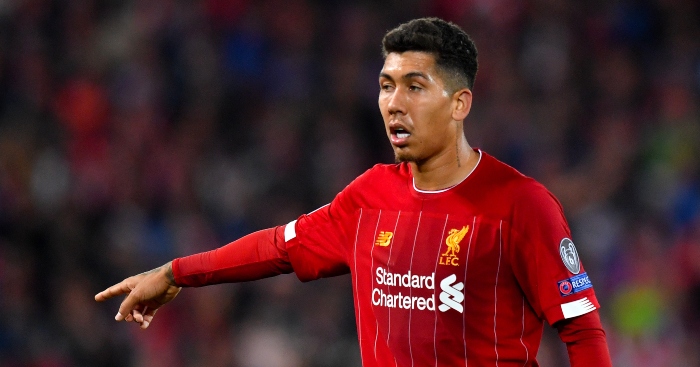 Despite being a Liverpool player for more of the decade, Sturridge landed well short of Firmino’s total. Injuries and a loan spell at West Brom left the England striker with just 116 games in six seasons since moving from Chelsea, but those matches brought an impressive 50 goals.

For those wondering, Luis Suarez (110) and Sadio Mane (108) aren’t too far behind Sturridge’s tally.