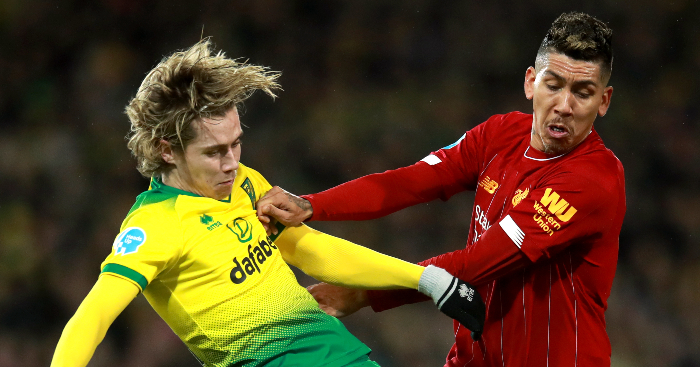 There’s a sense of deja vu for Liverpool as they begin their Premier League campaign by welcoming the Championship champions to Anfield.

That could prove to be a good omen for Jurgen Klopp’s Reds, having begun their title-winning campaign at home to Norwich City last year, setting the tone for the season ahead with an emphatic 4-1 victory.

This time around they host Leeds United, back in the top-flight after a 16-year exile and making their first trip to play on Merseyside (if you forget Tranmere) since 2003.

Marcelo Bielsa is expected to have his Leeds side playing their usual aggressive, high-pressing Plan A game – but they’ve got their work cut out against a side that are unbeaten on home soil in the last three Premier League seasons and took 55 points from 57 available at Anfield last term.

To put their challenge in a wider context, Liverpool have played newly-promoted opposition 83 times at Anfield in the Premier League era, losing just six. The last example of that was nearly a decade ago, when Ian Holloway’s Blackpool came away from Merseyside with a 2-1 win.

But how have Liverpool fared in such games since Jurgen Klopp was appointed back in October 2015? Here’s their record against newly-promoted opposition across the last five years of the German’s time in charge:

Liverpool struggled away to promoted sides early on in Klopp’s tenure. They suffered a 3-0 defeat away to Watford in December 2015 and then 2-0 defeats at Burnley and Hull the following season.

But shortly after the disappointment at Vicarage Road came one of the most bonkers and memorable wins of the Klopp era as Adam Lallana sealed a 5-4 victory away at Norwich.

Adam Lallana got the winner it was chaos after! pic.twitter.com/7iXofZjMNR

Unsurprisingly, as Liverpool have improved and grown more dominant, their record against promoted opposition has improved in recent years, although he’s maintained a 100% winning record at Anfield throughout.

They’ve now won 17 games in a row against promoted opposition, with the last side to take a point from them Rafael Benitez’s Newcastle United at St James’ Park back in October 2017.