Llorente next: The eight Spaniards to play for Leeds and how they fared 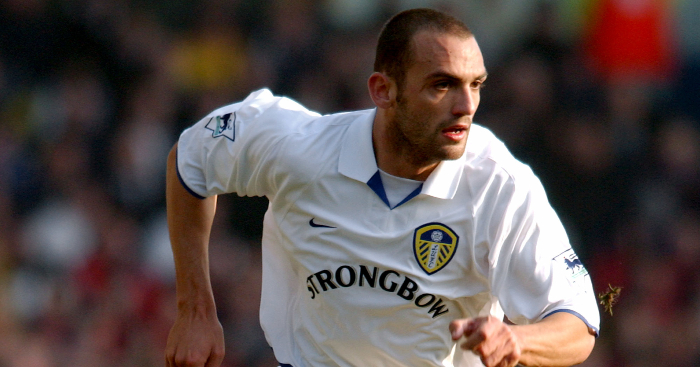 Leeds United have signed Diego Llorente from Real Sociedad – but how have the previous Spanish players to represent the club fared at Elland Road?

Llorente, capped five times by Spain, spoke to Pablo Hernandez before making the move, but not every Spaniard has been quite as successful as El Mago in West Yorkshire.

Here’s how the eight to have represented the Peacocks at senior level have fared.

Bravo arrived to much fanfare on loan from reigning European champions Real Madrid in January 2003, helping to bolster Terry Venables’ much-depleted defence, but it just never worked out for him.

He made just five Premier League appearances and rarely looked comfortable as the beleaguered Whites narrowly avoided the drop that year.

Still, it was probably better than being accused of hiring a hitman to try to kill his former Olympiakos team-mate Darko Kovacevic.

Forget his old Valencia team-mate David Silva, Hernandez will always be the only true ‘El Mago’ to Leeds United fans.

One of the club’s true heroes of the 16-year period outside the Premier League, to be filed alongside the likes of Luciano Becchio, Jermaine Beckford and Jonny Howson, many would argue he’s the best player to represent the club since relegation in 2004.

The best thing Garry Monk ever did was bring his old Swansea team-mate back to English football from Qatari side Al-Arabi.

Hernandez registered 34 goals and 37 assists in his four Championship seasons with Leeds, more than any other play in the division over the same period – and having hit new heights in his mid-30s under Marcelo Bielsa, he was a vital figure in their promotion-winning season. 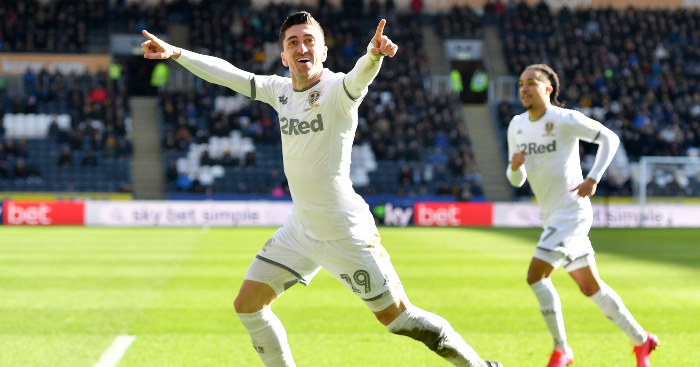 Pedraza was said to be the business when he joined on loan from Villarreal in January 2017, but he didn’t live up to that promise and was on the periphery as Garry Monk’s Whites tailed off and fell out of the play-offs that season.

He’s spent the last three years as a regular in La Liga, turning out for his parent club alongside loans to Alaves and Real Betis, registering seven goals and eight assists over the past three years. Clearly a good player in the wrong environment.

Saiz looked to be the most exciting signing Leeds had made in years when he dazzled in his early appearances under Thomas Christiansen, scoring a hat-trick in a 4-1 League Cup victory over Port Vale on his debut.

But he faded as that first season went on, and his form – and the team’s – fell off a cliff after he was given a six-match ban for spitting at Newport’s Robbie Willmott in an FA Cup defeat in January.

He briefly rekindled that early form in the early days of Marcelo Bielsa’s tenure, but his second season went much like his first, and he returned to Spain midway through the 2018-19 campaign.

The Alicante-born Liverpool academy graduate arrived along with dozens of other new faces after Victor Orta was appointed director of football in the summer of 2017.

Like many others through the door that summer – Ouasim Bouy, Jay-Roy Grot, Oliver Sarkic to name but a few – he failed to really make an impact at Elland Road and his one year at the club amounted to two appearances in the League Cup – both big wins, at least, 4-1 over Port Vale and 5-1 over Newport County.

After brief stints in France (Sochaux) and Croatia (NK Istra 1961), he’s now back in England and turning out regularly for League One side Doncaster.

One of several supposedly highly-rated Spanish teenagers that arrived to bulk out the Under-23s squad, Hugo Diaz was rare in that he actually broke through to make a first-team appearance – but only one, as Paul Heckingbottom brought him on in the second half of a 3-1 defeat to Preston North End in April 2018.

The defender is now back in Spain, turning out for Getafe’s B team.

Leeds were flying high midway through the 2018-19 season and looking a good bet for promotion, but the goalkeeper was a problem position after Jamal Blackman suffered a season-ending injury and returned to parent club Chelsea, leaving error-prone academy graduate Bailey Peacock-Farrell as the only real option.

Signing a three-time Champions League winner (albeit without having featured all that much) for Real Madrid looked to be exactly what Leeds were looking for to help push them over the line.

Unfortunately it wasn’t to be as the experienced keeper had a number of shaky moments as he adapted to life in the Championship, not least costly miscommunication with his backline in the play-off semi-final defeat to Derby.

Leeds maintained a strong defensive record in 2019-20 and he kept 15 clean sheets from 36 appearances but Casilla continued to make errors, and he’s since deservedly been usurped by 20-year-old Frenchman Illan Meslier.

The eight-match suspension after being found guilty of racially abusing Charlton’s Jonathan Leko, and subsequent lack of apology, left a stain on an otherwise brilliant season for Leeds.

Rio Ferdinand was Leeds United’s record signing for nearly two decades before getting taken off the top spot by Spain international Rodrigo in the summer of 2020.

The 29-year-old striker arrives at Elland Road with a big reputation, having scored important goals for Valencia as they beat Barcelona in the 2019 Copa del Rey final as well as against Chelsea in the Champions League.

It’s far too early to judge him but he’s made an inauspicious start, giving away a costly penalty away to Liverpool on his debut, exiting the Carabao Cup to League One side Hull City in his first start and getting substituted at half-time in his first Premier League start for Leeds, at home to Fulham.